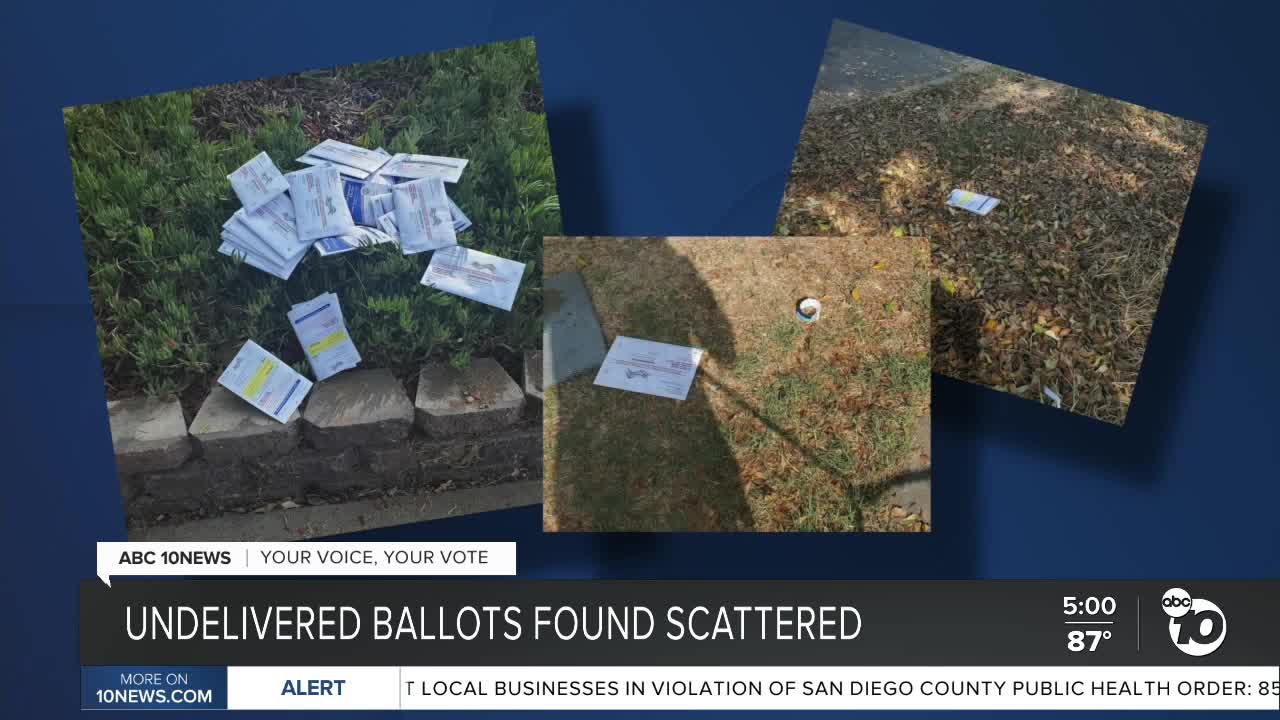 SAN DIEGO (KGTV)- As elections are quickly approaching, a San Diego man is expressing concerns after discovering what appeared to be undelivered mail ballots and voter guides in City Heights.

“I was out walking the dogs, and I found this stack of voter ballots; it was mixed in with ballot envelopes and voter guides,” said Jeremy Alaynick. “Just kept finding them the more I walked.”

Alaynick, a professional dog walker, said he did not report the incident immediately because he was walking dogs for a client.

“I would have picked them all up and taken them to the post office, but I’m thinking about the dogs, and that just wasn’t running through my mind at that moment,” he said.

He was working to report the incident Wednesday.

Registrar of Voters, Michael Vu, tells ABC 10News, situations like this are uncommon, and investigations are launched as soon as his office is aware.

“What we generally do is we touch base with the US Postal Service. It would have been great to receive this information at the time rather than a week later, particularly for those respective voters but also for us to be able to manage it,” he said.

Vu said if voters have concerns or haven’t received their ballots by mail, options are available.

“We are tracking every single one of these ballots, so when a voter says they have not received their mail ballot, we have the ability to suspend that ballot and reissue them another one,” he said. “If there are voted mail ballots that come back to our office, we compare the signature off of the envelope against the signature on file. So every single one of these is validated.”

If you are voting by mail, Vu recommends tracking your ballot here.

“Voters themselves, they have the ability to track their mail ballot as it’s traveling to them or traveling back to us after they voted,” he said.

If you across a situation like this, Vu said to report it to his office right away.

A spokesperson for the United States Postal Inspection Service tells ABC 10News they cannot comment on this matter.