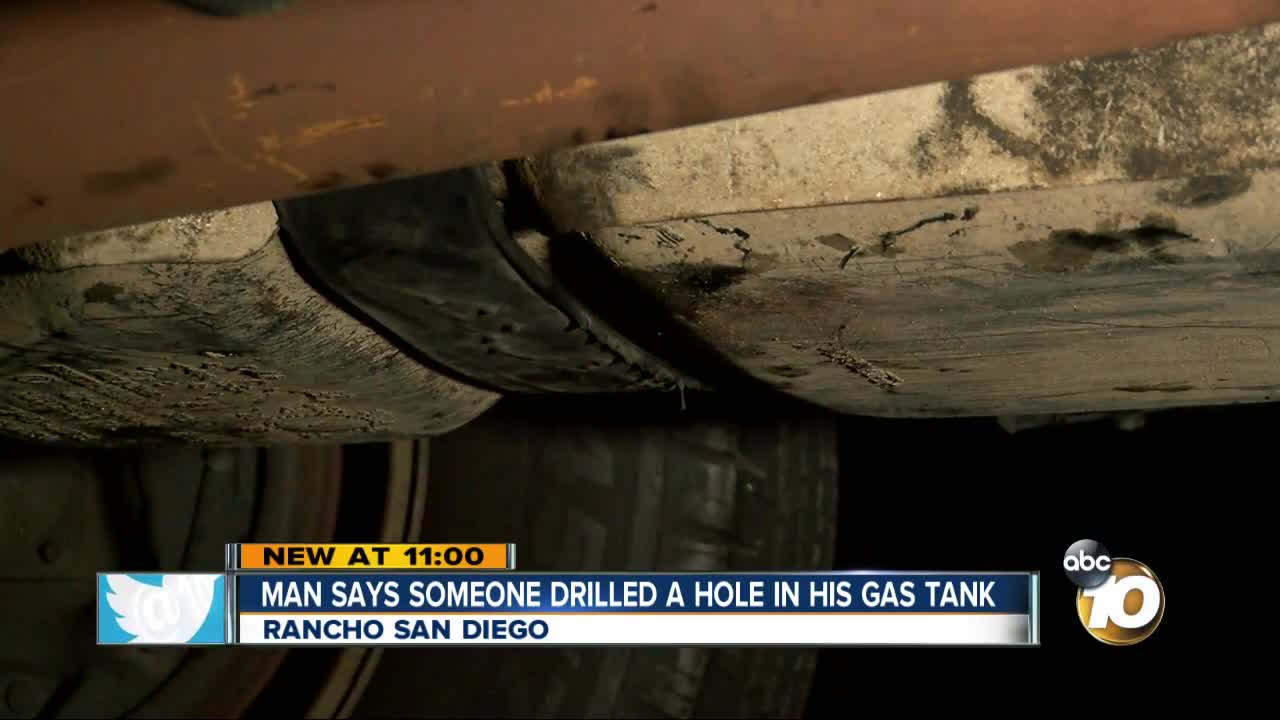 A man says someone drilled a hole in his truck's gas tank, ending in a $1,200 repair bill. Matt Boone reports. 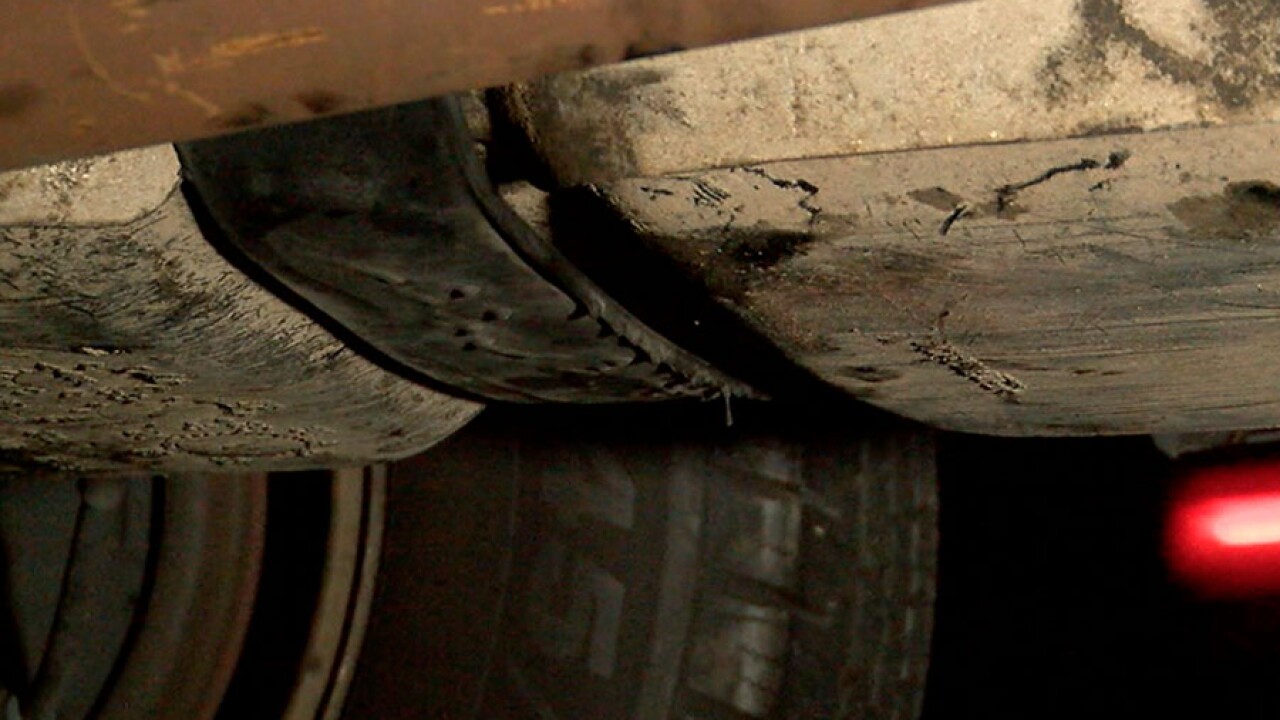 EL CAJON, Calif. (KGTV) - A man was shocked Monday morning to find a hole had been drilled into the gas tank of his truck.

“This cannot be happening,” Rey Billburg remembered thinking as he filled up his truck parked on Fury Lane in Rancho San Diego and immediately saw the gas pooling on the ground.

He said he looked underneath and saw about a half-inch hole had been drilled into the plastic tank.

The night before, he said he had filled the 26-gallon tank about halfway up.

When he got into the truck Monday morning, it was empty.

“Worst thought was someone siphoned it,” he said.

The missing gas amounted to about $25. But the real damage was to the tank, which had to be fully replaced along with the fuel pump. Billburg said it cost him $1,200.

He reported the incident to the San Diego County Sheriff’s Department but so far no one has been caught.