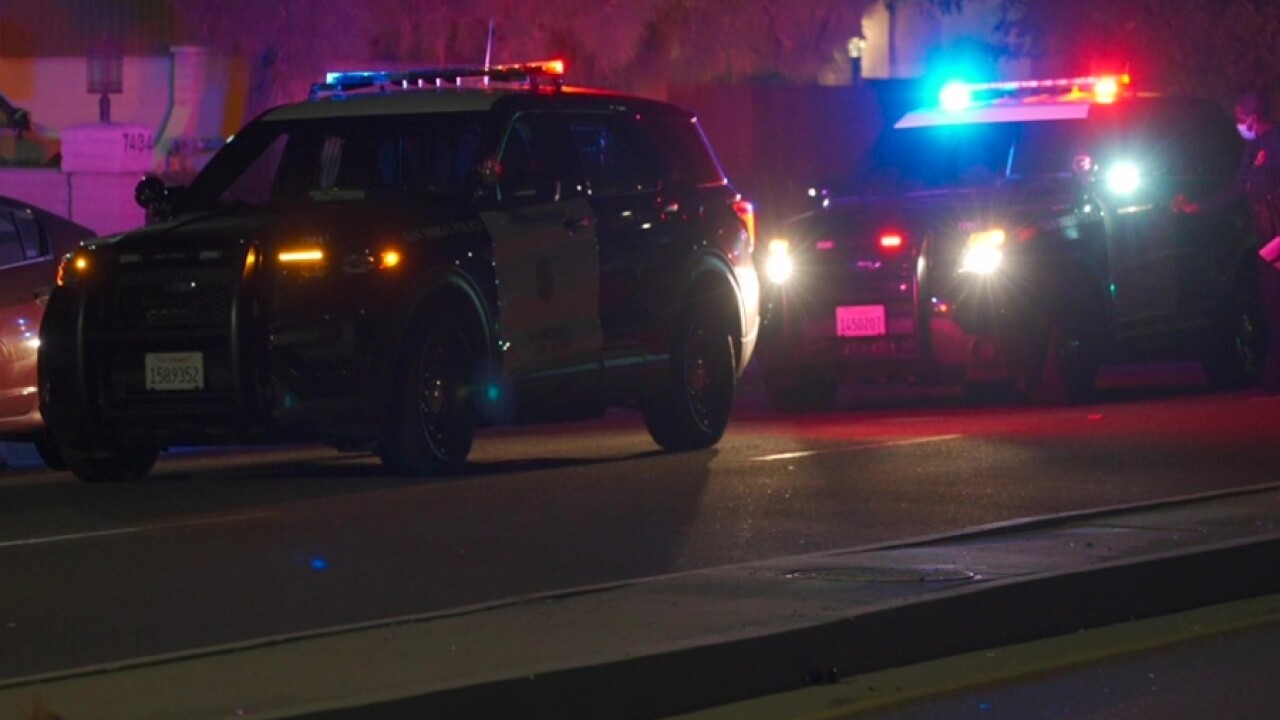 SAN DIEGO (CNS) - Police Tuesday were searching for two men who carjacked a 43-year-old man at knifepoint near San Diego Mesa College in the Clairemont area.

A 43-year-old man had just parked his car, a blue 2019 Mazda3 sedan with California license plate 7YGF888, when two men walked up to him, Buttle said. One of the men was armed with a knife and placed the knife to the victim's stomach while demanding the car keys.

The victim complied and both suspects drove off in the car, which was last seen heading eastbound on Mesa College Drive, Buttle said. No injuries were reported.