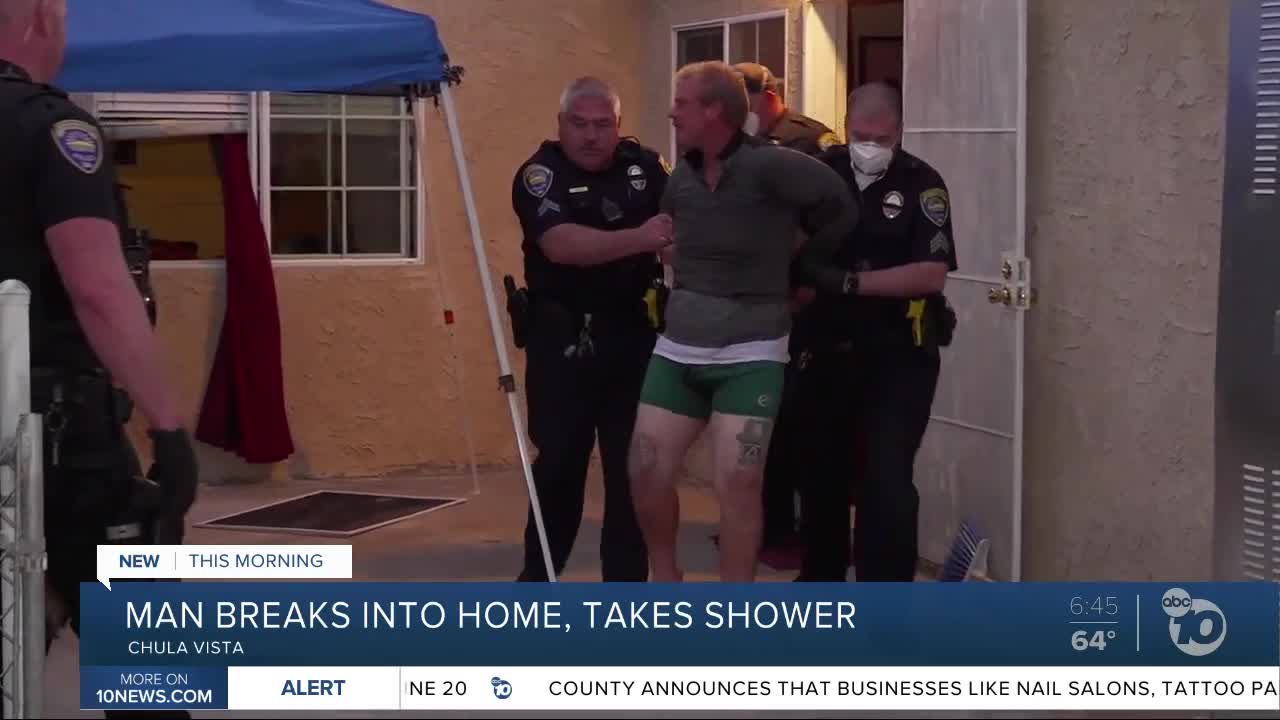 A man was arrested early Wednesday morning after police said he broke into a woman’s Chula Vista home and took a shower.

CHULA VISTA, Calif. (KGTV) -- A man was arrested early Wednesday morning after police said he broke into a Chula Vista woman's home and took a shower.

At around 4:30 a.m., a resident called 911 to report a stranger in her home using her shower, prompting her to flee. She said the man she did not know somehow entered her home as she slept.

When officers arrived at the home on Orange Avenue, they called on the man to come out of the house, but he refused to leave and locked himself inside the bathroom.

After about an hour, officers entered the house through a window and were able to take the man into custody.

The unidentified man was taken to jail, but there is no immediate word on what charges he faces.