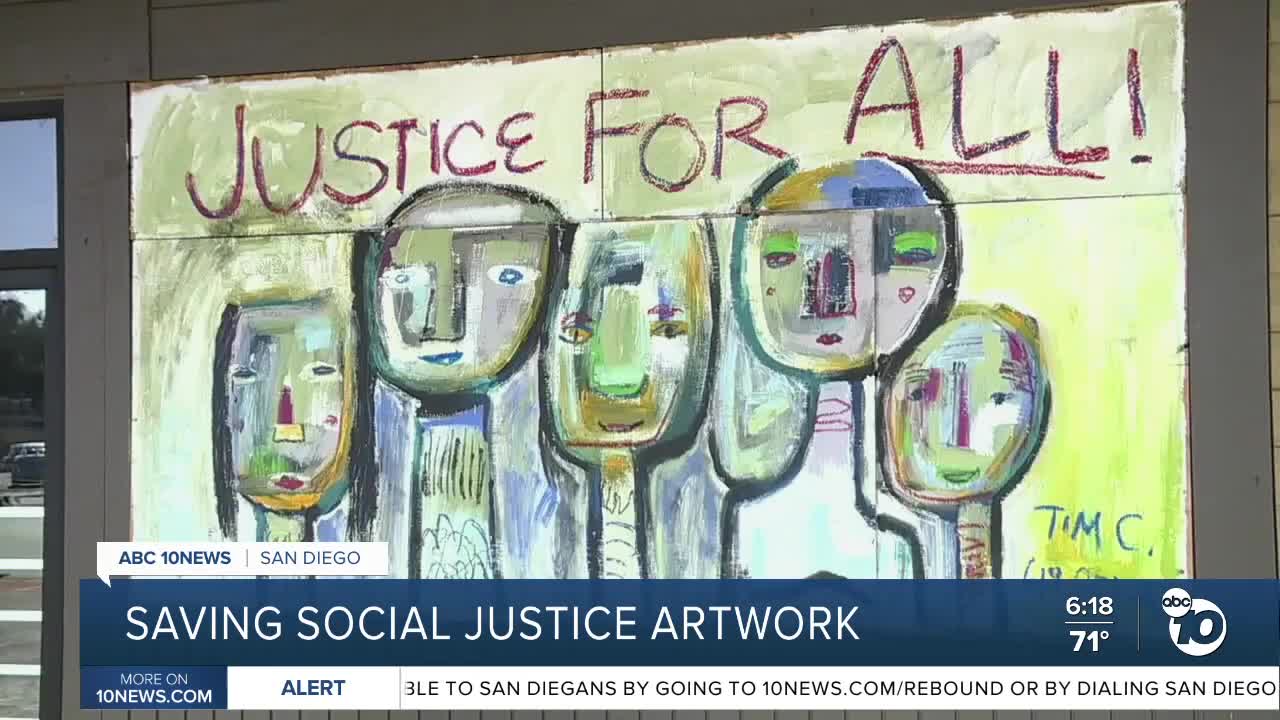 Artwork emerged in La Mesa after businesses were damaged following unrest in May. 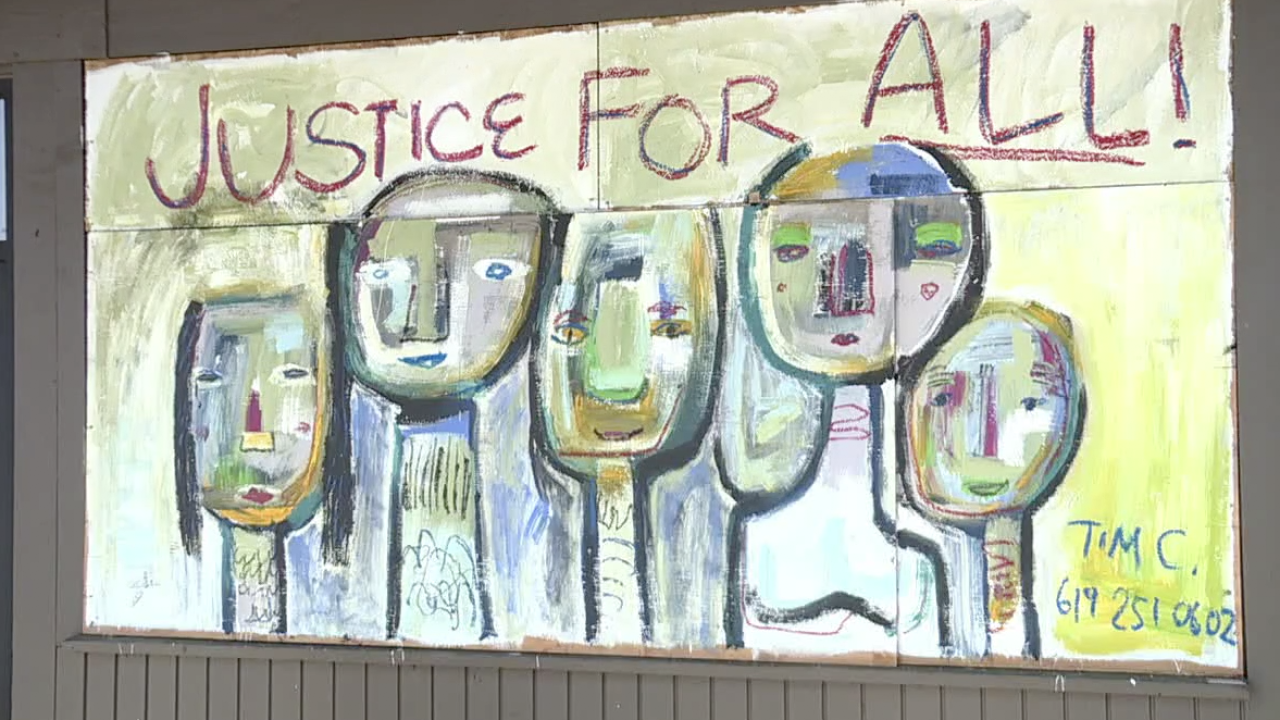 SAN DIEGO (KGTV) -- Amazing artwork emerged after looters damaged windows and buildings following the peaceful protests in La Mesa in May. Many of the paintings were removed during restoration. Now, two local organizations are coming together to help artists preserve their pieces.

The Preserve Community Art! Program is an initiative put on by the Balboa Art Conservation Center and ARTS, which stands for A Reason to Survive.

"We thought really hard about what we can do to contribute to the conversation beyond just making a statement of solidarity," says Bianca Garcia with the BACC.

The pieces they are trying to preserve emerged from local social justice movements in our community illustrated by local artists.

"The art that is coming out of the movements, black lives matter, is sitting at the forefront," says James Halliday, Executive Director of ARTS. "We see the murals and writings of those words on public streets; it creates a really interesting dynamic."

Halliday says the pieces are important because they capture moments in time and show the generation's demands.

The BACC says that it won't just be displayed in the museums because of the uniqueness of the artwork.

If there are any local artists interested in preserving their work with the program, they can email program directors at communityarts@bacc.org.