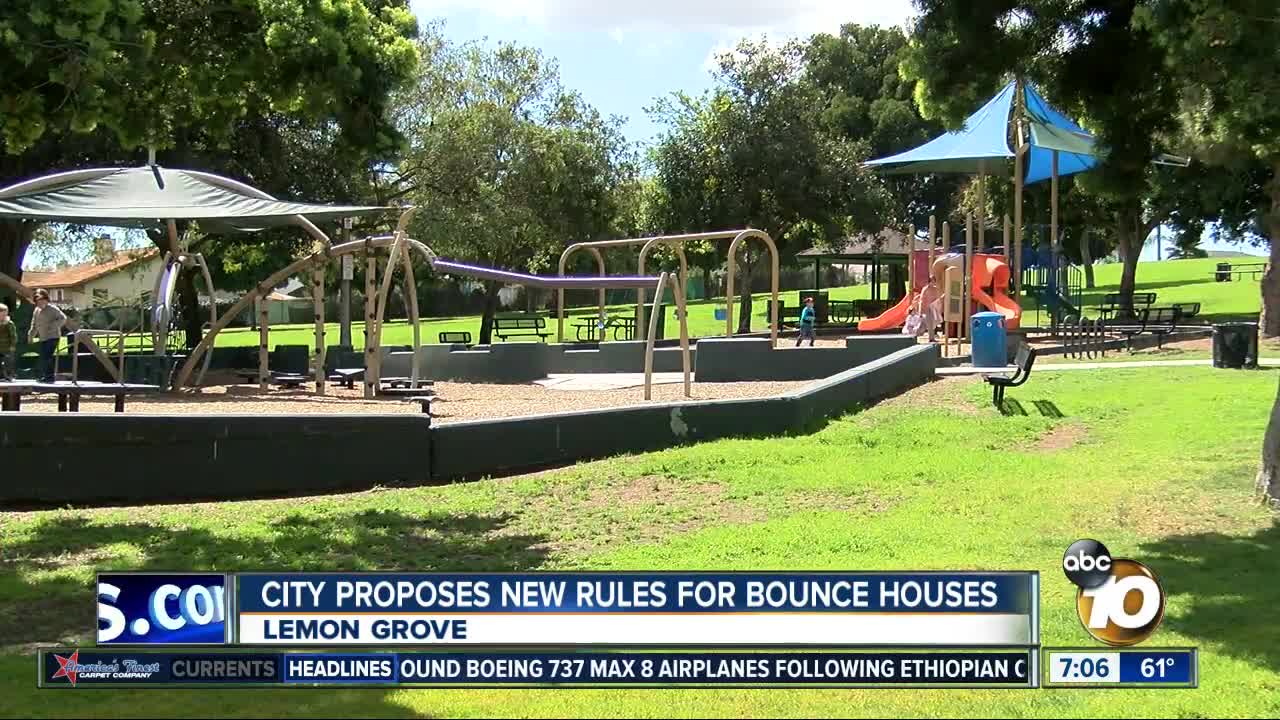 Lemon Grove officials are considering new rules when it comes to bounce houses or inflatable jumpers at city parks.

LEMON GROVE, Calif. (KGTV) - More and more “bounce houses” are being set up at parks in Lemon Grove, leading to some resident complaints, so now city leaders are considering rules that could impact future parties.

A recent city report shows some parks around Lemon Grove have had up to 10 inflatable jumpers at once on weekends.

The number of bounce houses on a given day have led to complaints from park visitors that the jumpers are taking up too much space. There are some residents that don’t see a problem with the bounce houses, saying those who put them up are enjoying the park and just having fun.

Regardless of how Lemon Grove residents feel about the inflatable jumpers, city officials are proposing new regulations that could restrict bounce houses.

City officials said they have studied cities such as San Diego and Santee after they have implemented their own specific rules on bounce houses.

Other cities are charging between $22 and $50 for permits to put up a bounce house. Lemon Grove officials may end up charging $40 for a permit.

A spokesperson told 10News that the city is hoping to have a policy in place by July 1.