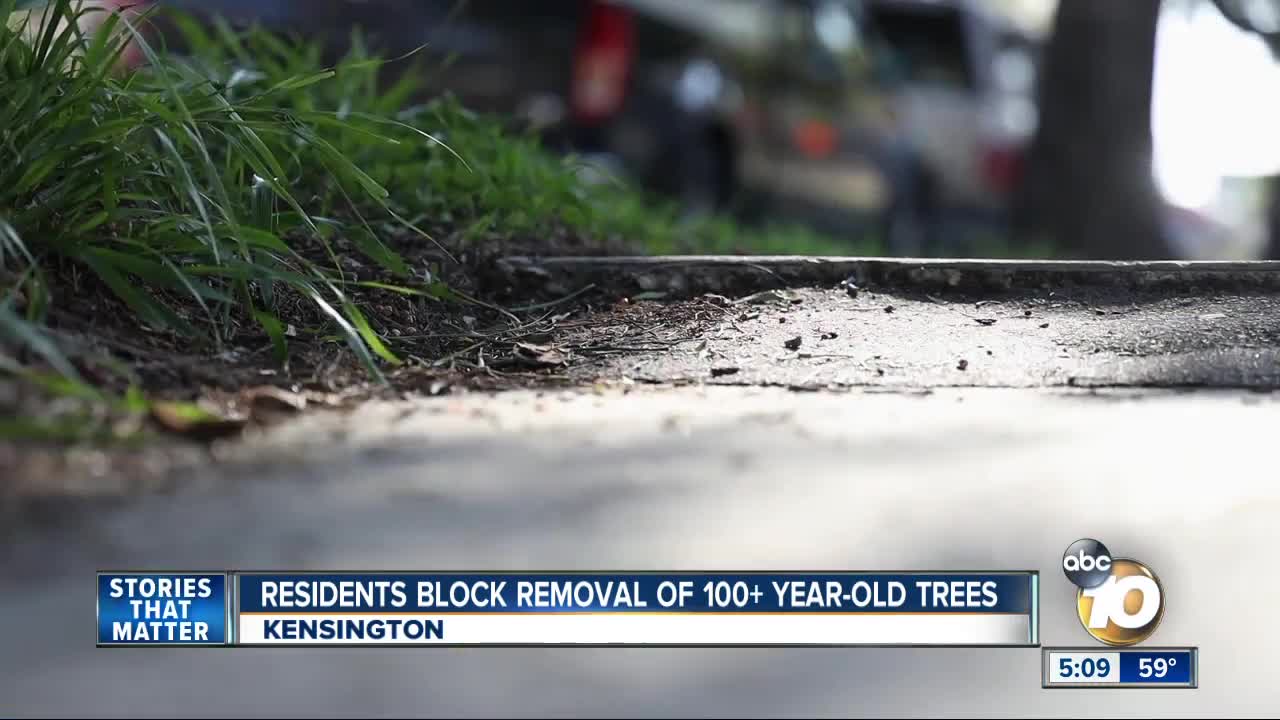 SAN DIEGO (KGTV) — A judge has issued a temporary restraining order against the City of San Diego, barring them from removing pepper trees in Kensington.

“I think they are pretty looking,” said McCann. “They’re part of the fabric of the neighborhood.”

McCann was one of the residents who filed the TRO against the city. She said she has been working for more than a year to designate the remaining pepper trees as “Heritage Trees” and “Parkway Resource Trees” under the City’s Conserve-a-Tree program.

When she heard a pepper tree on the 4500 block of Edgeware Road had been cut down on Monday, she rushed to process the TRO.

“We don’t know why these trees are being cut down,” said McCann.

McCann suggested it may be related to a plan to bury SDGE utility lines in the neighborhood, but the City of San Diego denies that claim.

In a statement to 10News, a city spokesperson said the tree that was cut down Monday had been “evaluated more than a year ago as part of a project to repair a damaged and uneven sidewalk caused by the tree’s growth. Noticeable decay and deteriorating tree structure were also observed during the evaluation and the adjacent property owner was notified at that time.”

On Tuesday, the remnants of the trunk remained on Edgeware Rd. Decay could be seen in the interior part of the tree, though much of the large trunk appeared to be healthy.

“The tree really didn’t need to be removed,” argued McCann.

But the city said their decision was more about damage to the sidewalk than whether the tree could have survived a few more decades.

“In this instance, the imperative to make the sidewalk safer for residents was weighed against the city’s desire to preserve neighborhood trees and continue to grow our urban canopy. Due to the tree’s damaging impact to the adjacent sidewalk and its decaying state, the decision was made to remove it in order to preserve public safety,” wrote the city spokesperson.

A resident on the block said the sidewalk had been recently replaced. The new pavement had been cut around the tree and was undamaged.

Several other pepper trees in Kensington have been marked for removal. On Tuesday, McCann walked the streets, posting copies of the TRO on the trees.

The fate of those trees remains unknown. A city spokesperson said, “the city looks forward to working with the community and Council office on this matter.”

A court hearing on the TRO is scheduled for Feb. 7.