It's been 75 years since WWII ended, hear from veterans who remember that day 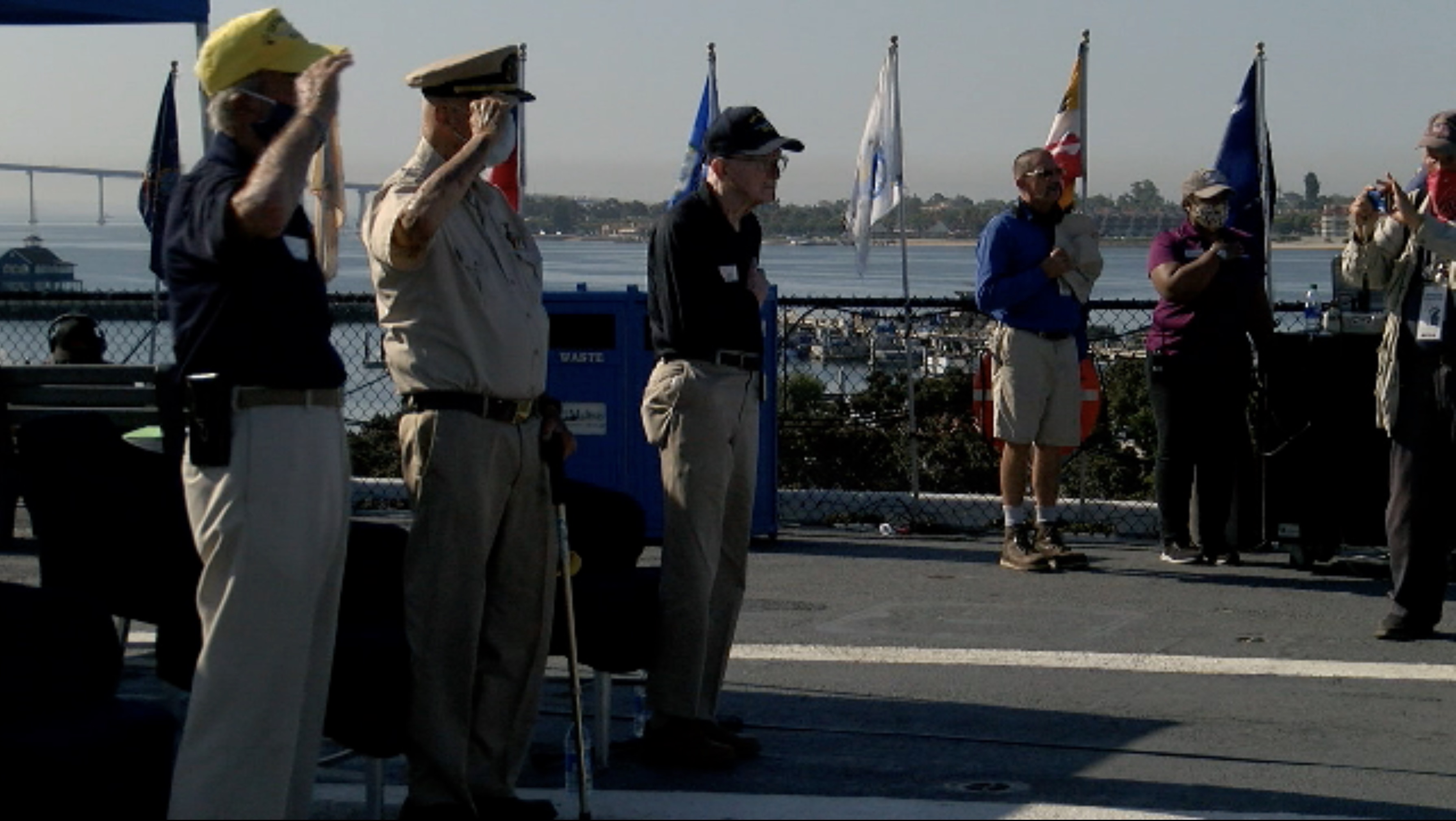 The men and women who served remember exactly where they were the moment they found out the war was over. 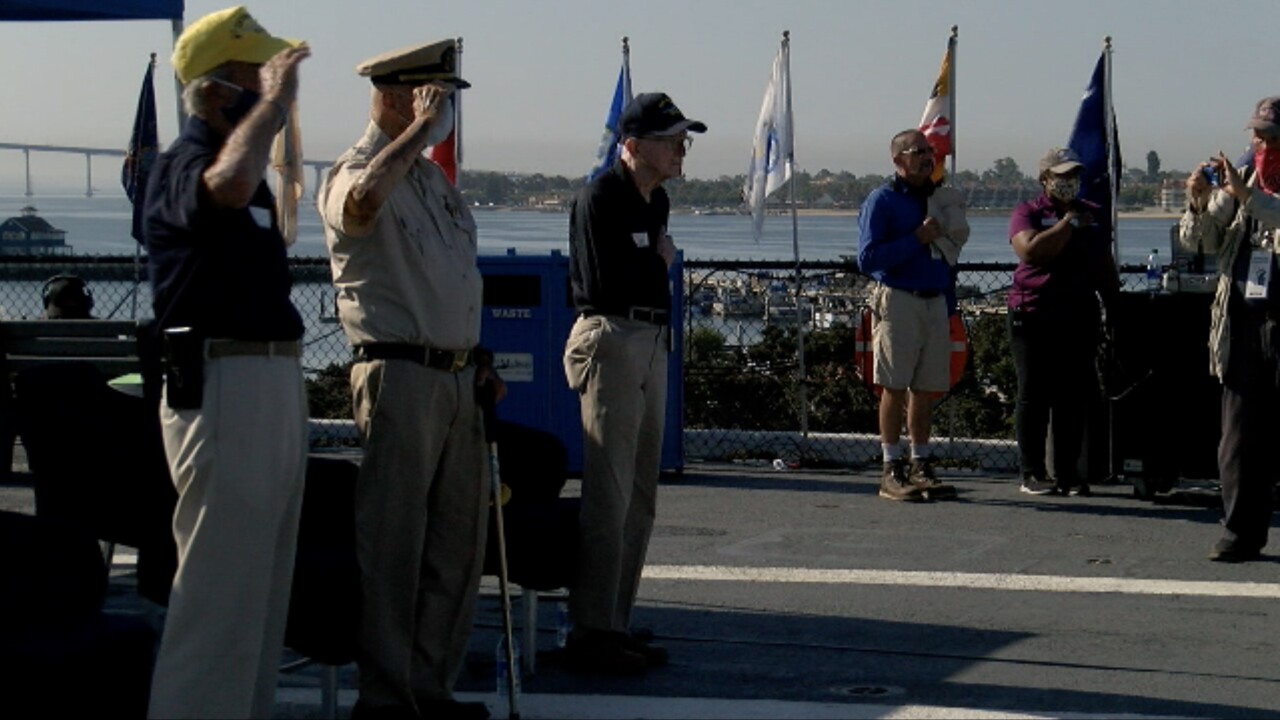 SAN DIEGO (KGTV) — This year marks 75 years since many turning points in World War II, including the end of the war on Aug. 14.

Now, the men and women who served are in their 90s and many say despite the time, they remember exactly where they were the moment they found out the war was over.

“We were told you’re just going on a flight, and we were told you don’t have to, the wars over,” said 93-year-old Navy veteran Al Hansen.

“The war ended and they let us all, gave us liberty for the day,” remembered 94-year-old Navy veteran Don Hubbard.

To commemorate the day, the USS Midway held a ceremony. Due to coronavirus restrictions, the public was not invited, however, the event was live-streamed on the museum's Facebook page, which can be found here.

In attendance were three Navy World War II veterans, including Hansen and Hubbard, along with 95-year-old Jack Scott, who said he wants to use this anniversary to remind the public to find peace.

“Right now there seems to be a great deal of unrest in the country and I would like, of course, for the unrest to come to an end and for people to be kind to one another,” said Scott.