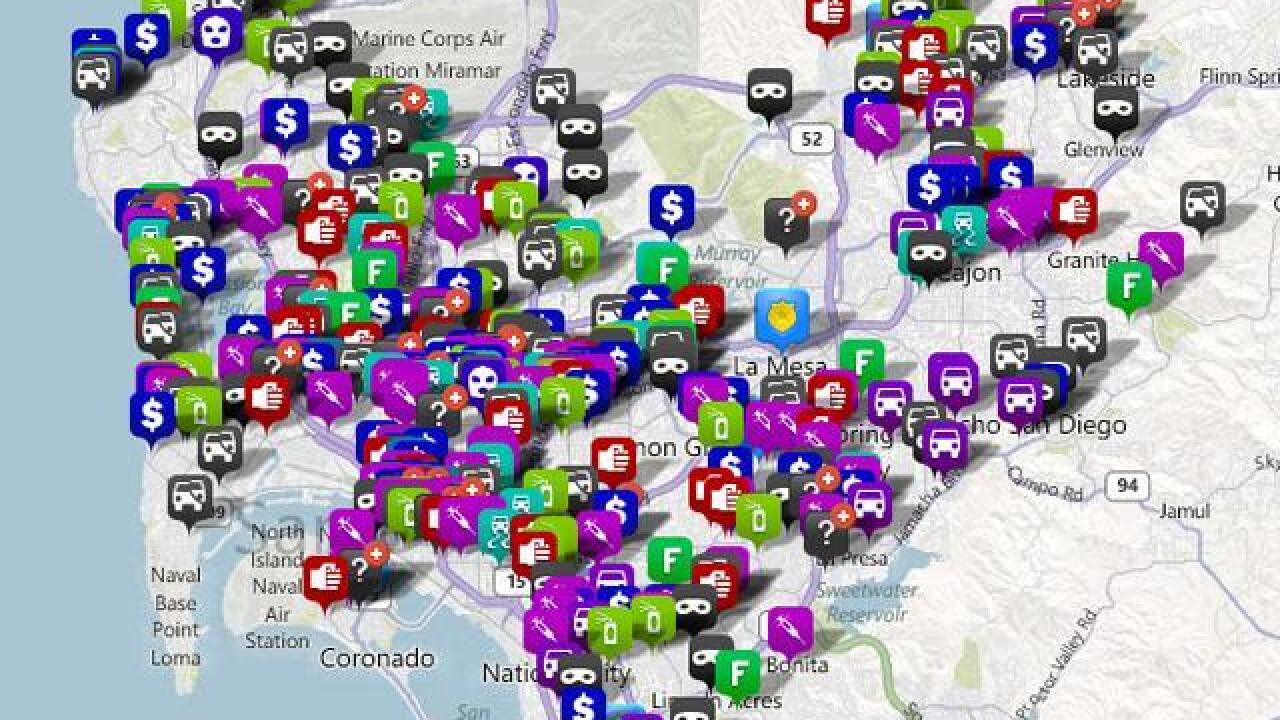 An online service that allows people to track criminal activity in their neighborhoods is now available throughout the San Diego area, officials announced Thursday.

The CrimeMapping.com website initially only covered communities under the jurisdiction of the sheriff's department, but it has been expanded to serve the entire county, according to sheriff's spokeswoman Melissa Aquino.

Data resource users can view maps in either a satellite-photo view or on a road map, find crime listings compiled in a report format or shown as a graph to identify patterns or trends and get crime prevention tips.

"There is also an option to sign up for email alerts and to email a link to others, which would be useful for neighborhood-watch groups," Aquino said.

The service is a joint program of the sheriff's department, the Automated Regional Justice Information System, the San Diego Association of Governments and law enforcement agencies across the county.

The sheriff's department provides law enforcement for unincorporated communities and several area cities that contract with it in lieu of forming their own police departments.