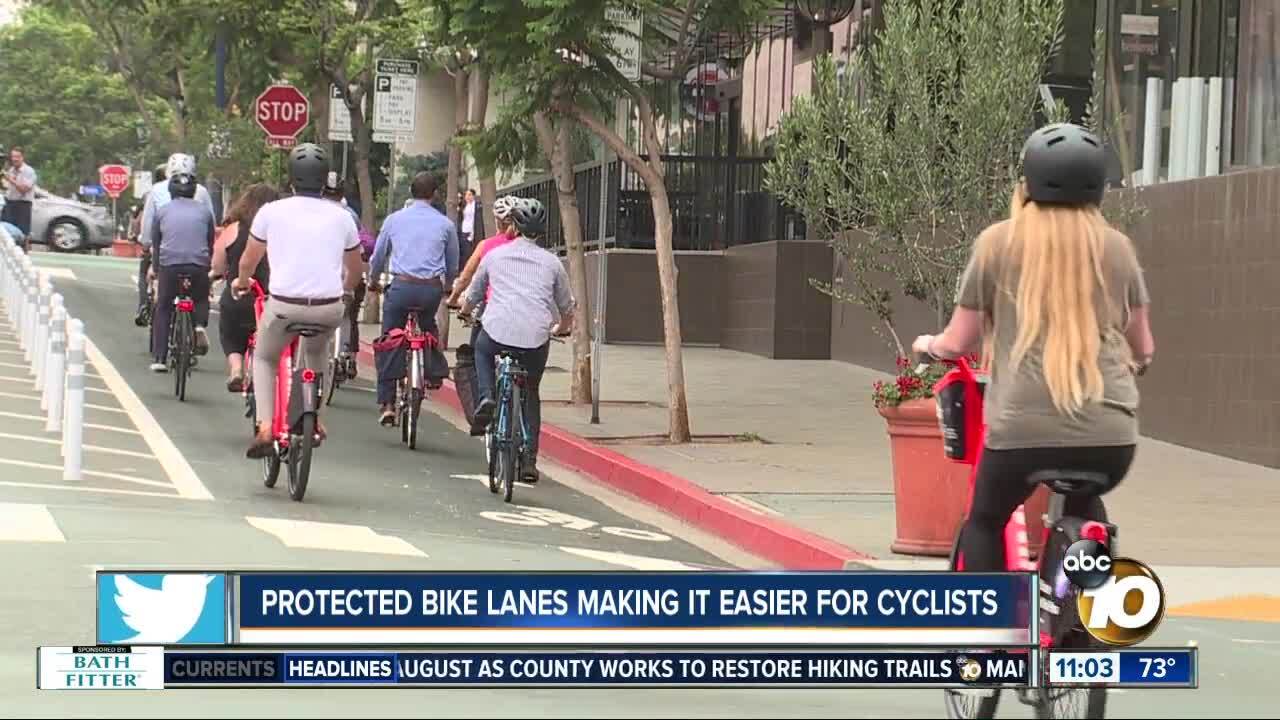 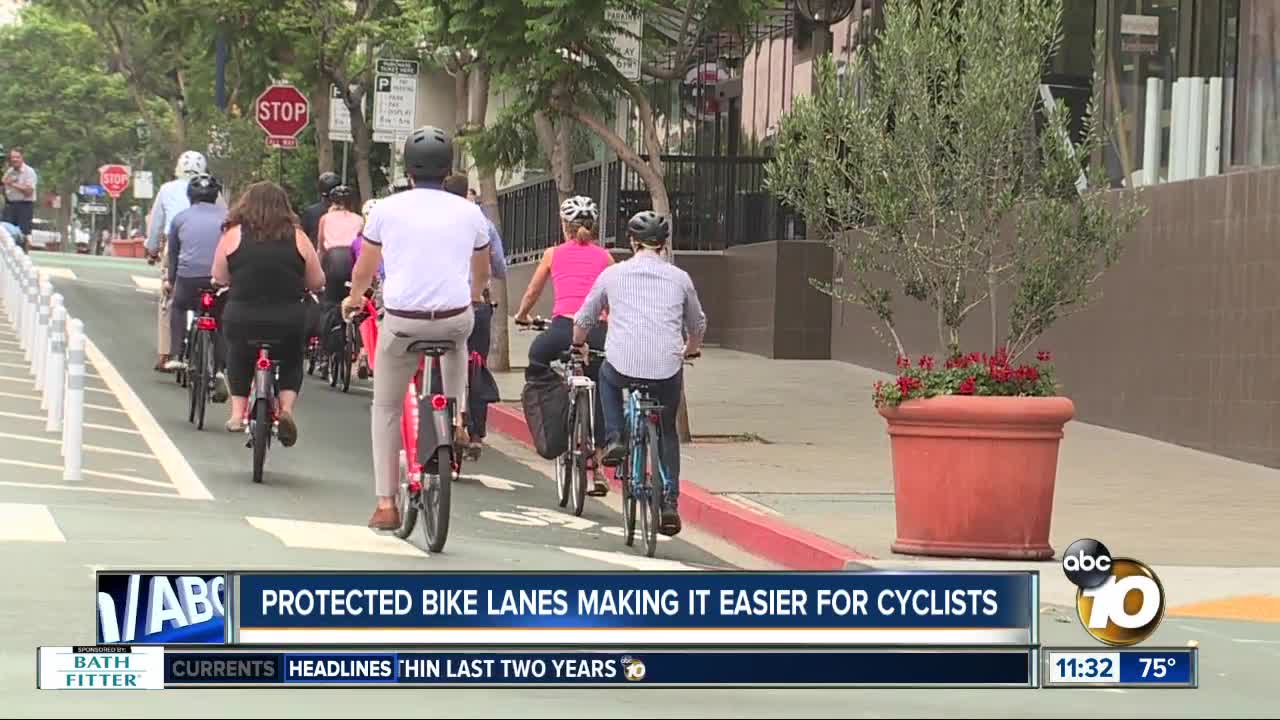 San Diego (KGTV)- Improved bike lanes are making it easier for cyclists to get around. The new lanes are a part of the city’s effort to protect riders and get more people out of their cars.

The city is in the first phase of its Downtown San Diego Mobility Plan. They are hoping to have at least 6 percent of commuters riding their bikes by the end of the project.

Jamie Hampton has been riding her bike to work for over ten years. At times, she says she hasn’t felt safe around moving cars. “It’s challenging because you have to kind of figure out how to share a lane with a car.”

The city is making it easier for riders to get around the Downtown area with protected bike lanes. White reflector poles separate the lanes. Some have another layer of protection with street parking spaces. There are also designated signal lights for cyclists.

The City Council adopted the estimated $30 million mobility plan in 2016. It calls for 9 miles of protected bike lanes in the Downtown area.

“It’s a nice balance of how to share a road with a car.”

The city hopes to have all three phase of the mobility plan completed by 2021.