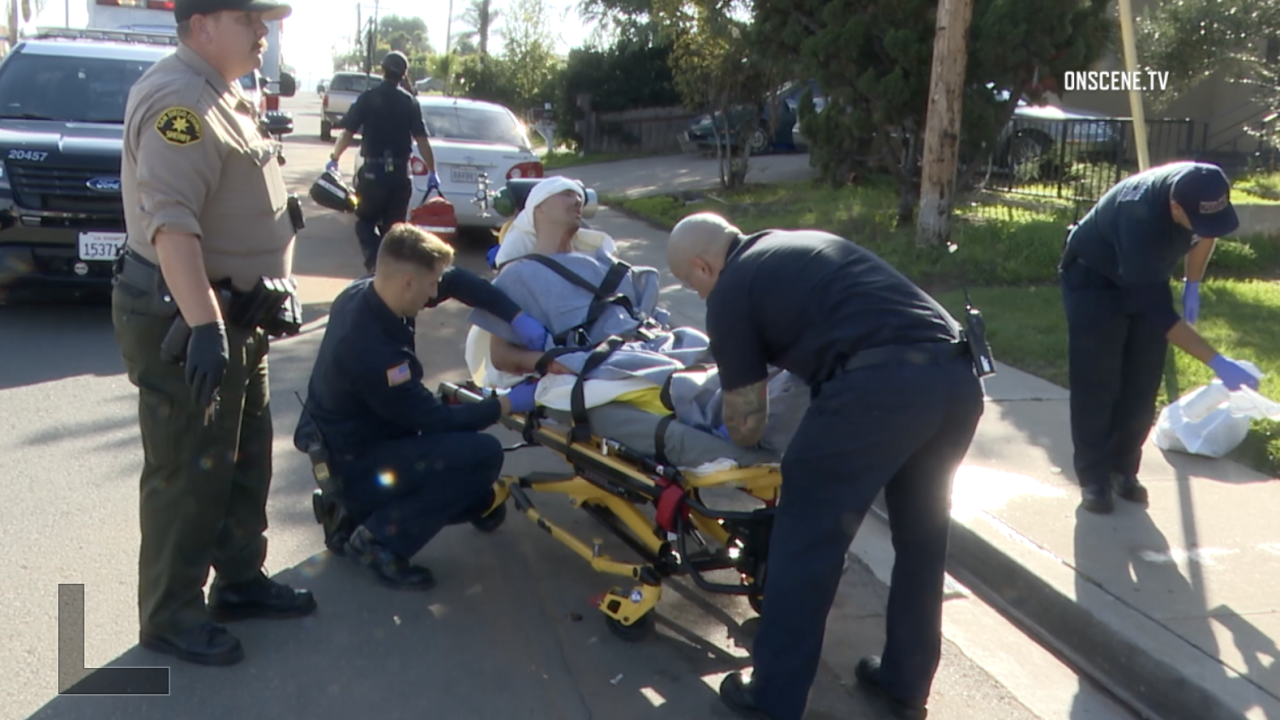 IMPERIAL BEACH (KGTV) - A man was arrested Saturday in Imperial Beach after residents say he rushed into a home and wrecked their bathroom, leaving blood everywhere.

Resident Miguel Ledesma said their front door was open to let in the breeze, "I heard some noise behind me and I turned around and the door was wide open, so I saw him rush through." The man was mumbling about being chased.

Ledesma said the man backed up, tripping over the Christmas tree, knocking it over in the process, and went into the bathroom. Ledesma said that's when his brother shut the door to protect the family.

"There were screams, the lady who lives in there she was screaming pretty loudly," Neighbor Matthew Rodriguez said.

"We started hearing all these noises, all the breaking, the mirror, the shower curtain, everything in there is destroyed, there's bloody pretty much," Ledesma said. Officers finally removed the man, handcuffing him. The man was later loaded into an ambulance.

He had visible cuts on his neck and arms, and a bandage around his head. Ledesma said he came in without a scratch and left bloody.

"It was pretty scary because we didn't know what he was going to do before the cops showed up," Rodriguez said.

"We're all okay, he didn't take anything, he just destroyed the bathroom pretty much," Ledesma said. He said they reached out to the property manager to get the bathroom fixed, but his mother was already cleaning with bleach.