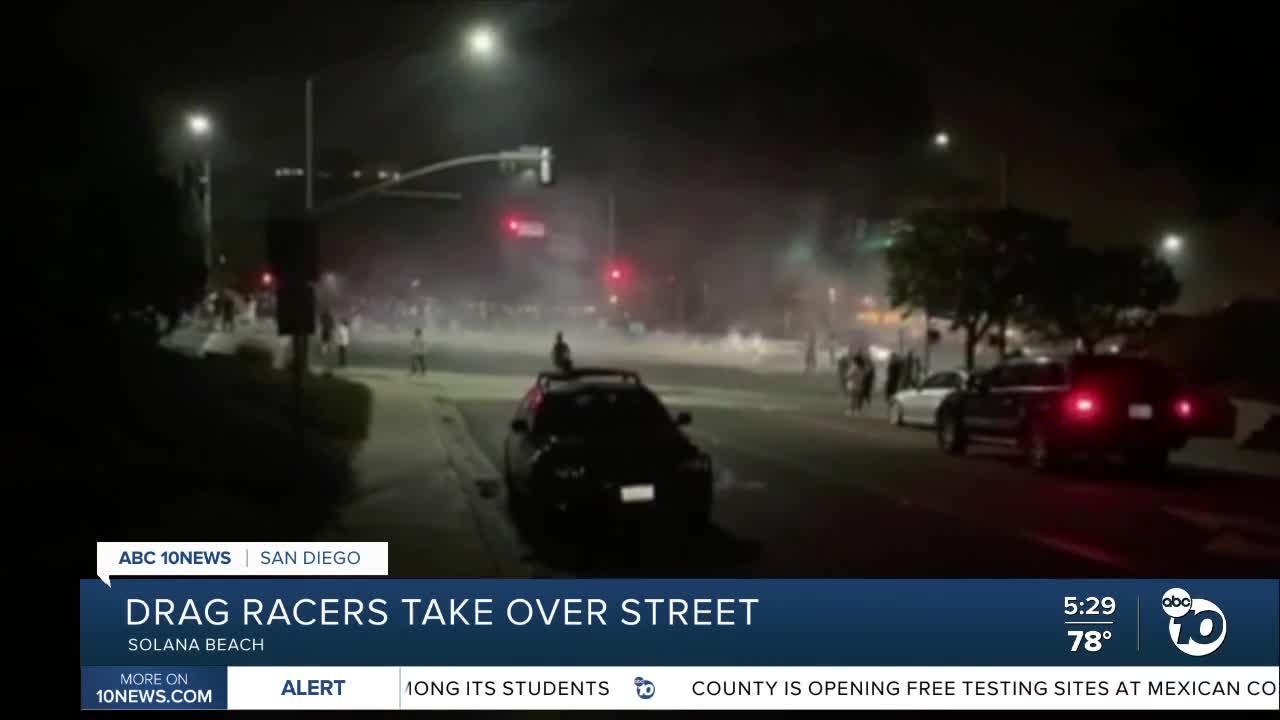 SOLANA BEACH, Calif. (KGTV) -- Some residents in Solana Beach are sharing their concerns about what appears to have been an organized illegal street racing event held over the weekend.

A huge crowd of people gathered to watch several cars racing through the intersection, doing donuts and wheelies on Lomas Santa Fe Drive at Via Mil Cumbres on Saturday night at around 9:30 p.m.

"All of a sudden, we were completely stopped, and there are cars, and smoke and you hear tires squealing and we were trapped, so we were sitting ducks there," said Sally Fleck.

Fleck said she had no idea what was happening.

"It looked like zombies to be quite honest, because there was so much smoke and it was so loud, I've lived here 20 some odd years and I've never seen anything like that," said Fleck.

Dozens of residents posted pictures and video of the incident on social media.

"There were people, they were standing around watching cars do wheelies, it's lucky that no one got killed," said Fleck.

The San Diego County Sheriff's Department confirmed it took several calls regarding the incident. Still, one of the reporting parties called back to say the group was gone before deputies were dispatched.

"I hope that it never happens again, and I'm really shocked that nobody was hurt. The amount of disregard for safety was crazy," said Fleck.

Penalties for drag racers and spectators include fines and possible jail time.