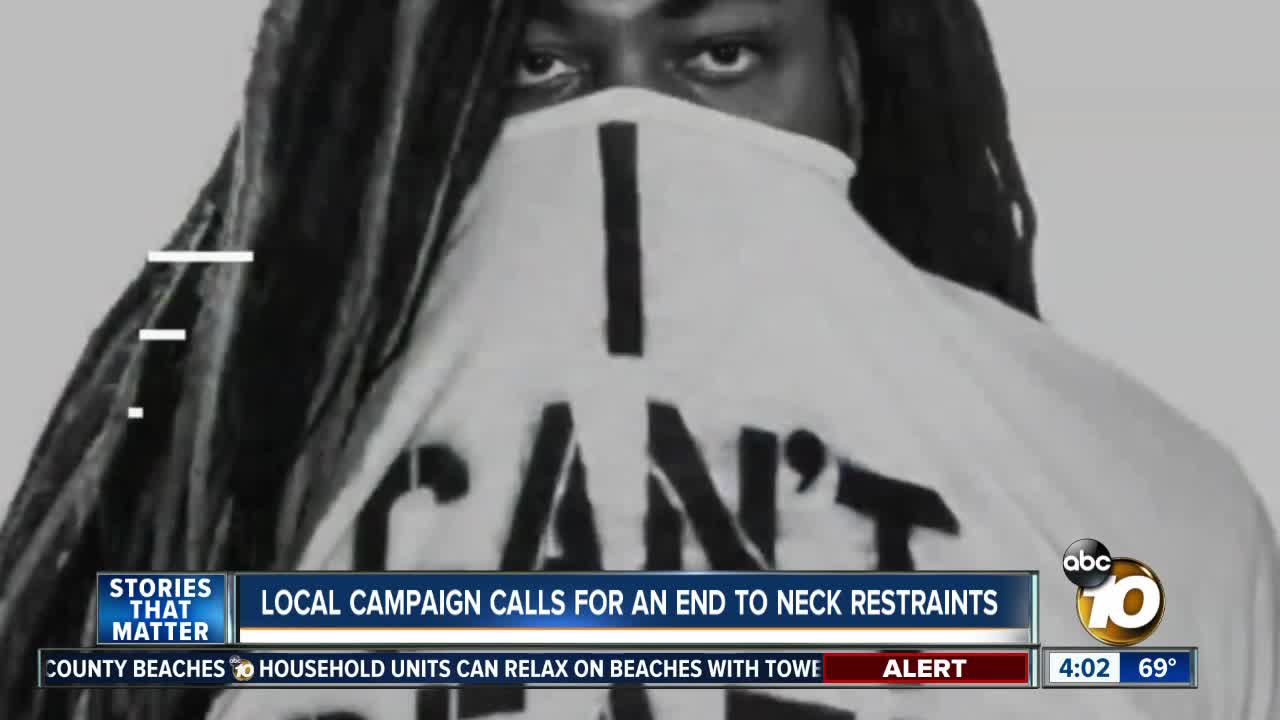 SAN DIEGO (KGTV) In light of the death of George Floyd in Minnesota, the Racial Justice Coalition of San Diego is calling for a ban on all neck restraints used by law enforcement officers.

"They are inhumane, they are improper," said Yusef Miller with the coalition.

Miller has called on San Diegans to write to local leaders demanding a ban on any neck restraints still used by officers.
It's called the I can't breathe campaign.

"Whether kneeling on a neck, which is unconscionable or putting them in a carotid restraint, we're saying to ban all those restraints," he explained.

Under the San Diego Police Department's use of force policy, carotid restraints are approved.

Officers are not allowed to use their knees.

A chokehold cuts off a person's air supply and can be deadly, which is banned by SDPD.
The carotid restraint instead cuts off the blood supply, which can knock a person unconscious but is considered less dangerous overall.
"The carotid restraint becomes the chokehold in the field, and people are killed in this manner," said Miller. "We want all neck restraints banned, not only in San Diego, not only statewide, but throughout the nation."

The renewed call to action comes after a video posted to social media showed an officer in Minnesota kneeling on George's Floyd's neck, an unarmed black man.

"He never even flinched, he never stopped for a second, he didn't take any pressure off for even one second," said Walter Cameron with the group Showing Up for Racial Justice. "It enrages me."

California Assemblywoman Shirley Weber, representing the 79th District, including portions of San Diego, authored AB 392.
The bill was signed into law by California Gov. Gavin Newsom last year and stated that deadly force by officers should only be used "when necessary in defense of human life."

"I believe the use of restraints falls under the category of lethal force," Weber told 10News. "The various carotid restraints."

"We've constantly been speaking with law enforcement, the mayor, city council, and we've had no tangible traction," said Miller.

10News reached out to SDPD and the office of San Diego Mayor Faulconer but did not receive a comment on the group's request.