How SDFD's recruiter is trying to diversify their ranks 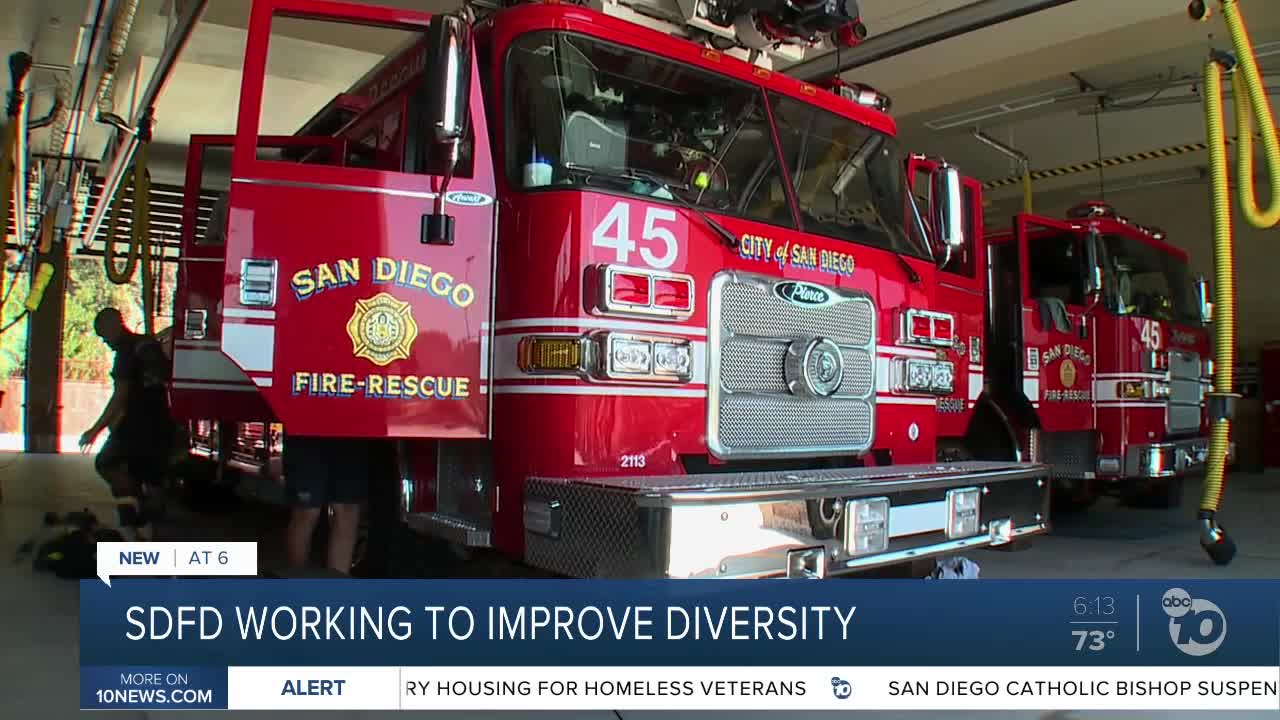 San Diego Fire Department recruiter Captain Jason Shanley reminds people all the time, "If you don’t see it it’s hard for you to know that you can be it."

SAN DIEGO (KGTV)---San Diego Fire Department recruiter Captain Jason Shanley reminds people all the time, "If you don’t see it it’s hard for you to know that you can be it."
As the department's only full-time recruiter he spends his days making connections, trying to show not only kids but adults that being a firefighter is possible, no matter who they are or where they come from.

"The narrative is that tall white guys with mustaches are the ones that become firefighters and that’s just not true," said
Shanley.

Take Captain Shanley for instance. His path to the fire department was paved by members of an organization called Brothers United, a group of African American firefighters in San Diego.

"I started taking some classes, met some other firefighters, got a mentor and then here I am 20 years later," Shanely said.

His passion for what he does and desire to share it made him a perfect fit when the department created the full time recruiting position four years ago.

"As a department, we really wanted to focus more specifically on and make an actual effort to recruit more diversity into our fire department," he explained.

Captain Shanley says some of the biggest obstacles are simply educating people on what it takes to become a firefighter. And once they do know, then trying to help them get the training they need.

EMT schools are spread out all over San Diego County; hard to get to for those in the middle of the city without transportation.
"So we're working to try to bring some of those classes and resources to be more centrally located so we can solve that equity issue and that’s part of what we’re doing in the department as we speak," said Shanley.

While there is still work to do, Captain Shanley says it's important the department has someone like him dedicated to hiring staff representative of the community it serves.
"I want other people to know this is something you can do, it’s more than just a job, it’s a career."