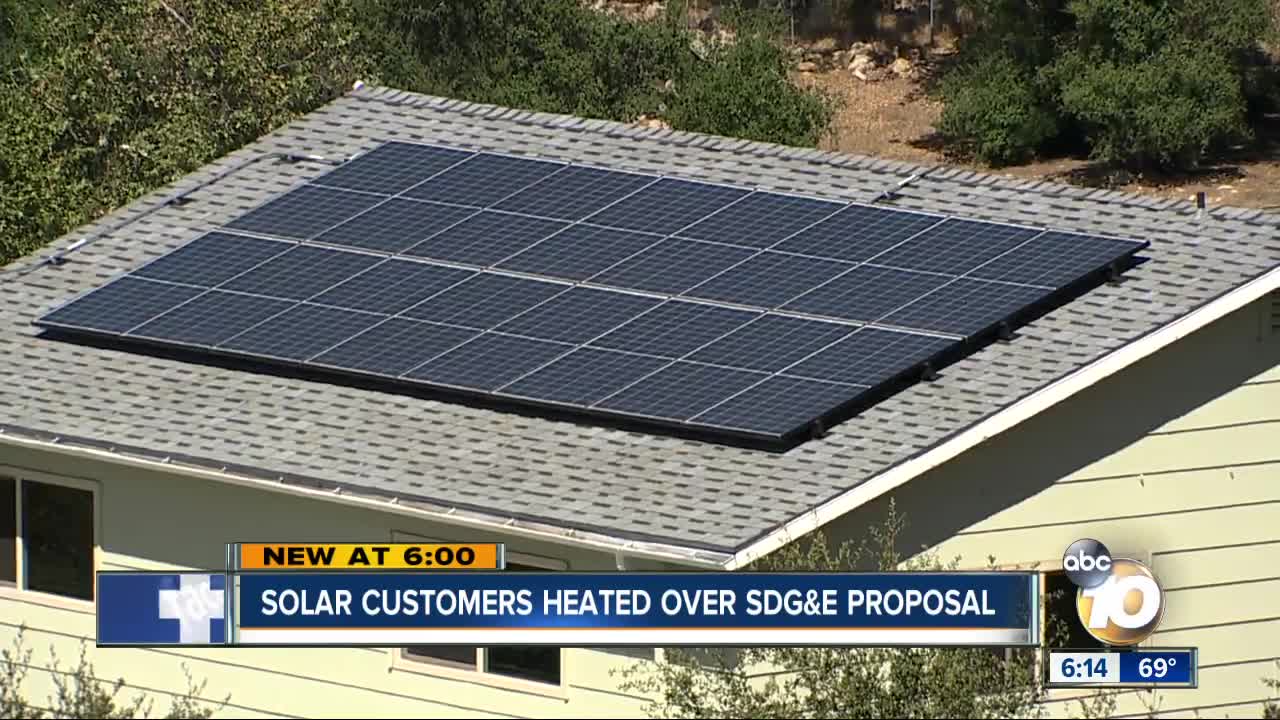 The utility may increase its minimum bill. SAN DIEGO (KGTV) -- Homeowners with rooftop solar arrays and consumer advocates are pushing back against a proposal by San Diego Gas and Electric to nearly quadruple the bill on customers who use very little energy from the grid.

SDG&E is asking the Public Utilities Commission to raise the bare minimum bill from $10 to $38 a month, saying the change is needed to accurately reflect the fixed costs of keeping low-usage customers connected to the grid. The move would affect any customer whose bill is below $38 a month, regardless of whether the customer has solar panels.

The move to change the minimum bill is part of a broader rate design proposal that would add a fixed $10 charge to all residential customers whose bills exceed the minimum charge.

But green energy advocates argue the change will punish solar customers and others who use the least electricity. About 18 percent of SDG&E customers would be affected by the higher minimum bill.

Adam Rizzo of Palomar Solar said the prospect of higher costs for solar users might discourage some people from installing panels, even though the charges could still be reduced or denied by regulators.

"People hear snippets. They don't hear the facts, and unfortunately it might slow down the industry a little bit," he said.

The proposal is before the California Public Utilities Commission. If approved, it would take effect in July 2021.