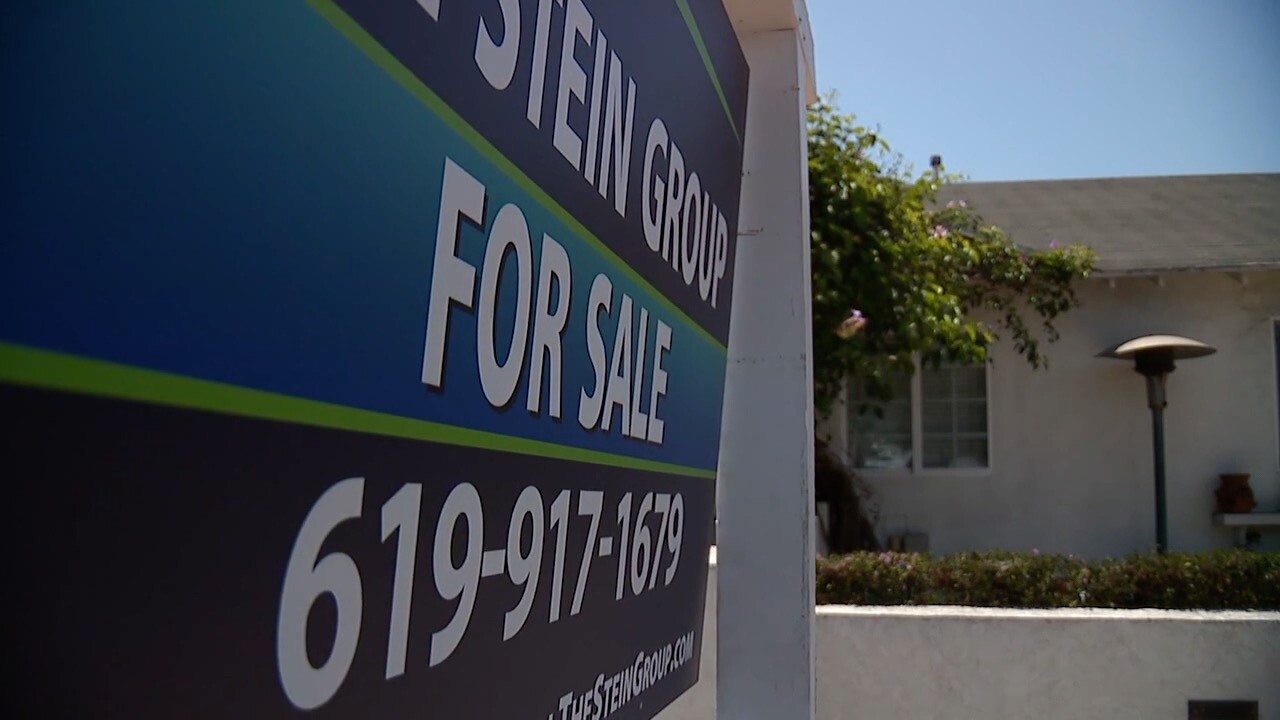 Copyright 2018 Scripps Media, Inc. All rights reserved. This material may not be published, broadcast, rewritten, or redistributed.
A real estate sign hangs outside a home in San Diego.

SAN DIEGO (KGTV) - Home sales in San Diego County accelerated in July after declining on an annual basis for more than a year.

New data from real-estate tracker CoreLogic shows 3,988 home sales in July, up 10.1 percent from July 2018. That marks the first time since April 2018 that home sales in the county did not decline on an annual basis, when seasonal factors do not impact the data.

Meanwhile, the median price for a home sold in the county remained flat over the year at $580,000.

In June, the average rate for a 30-year-fixed mortgage fell to 3.8 percent, according to Freddie Mac. That was the first time the rate was below 4 percent since Dec. 2017. It ticked down even lower in July to 3.77 percent.

"That same house is going to cost a little bit less, and help you afford more," he said. "A lot of times when market gives you something like lower rates, the market takes it back in the form of higher prices, and we’re not really seeing that."

Goldman said there is less speculation in the market due to concerns that it has leveled off.

For instance, Daniel Obrzut, who grew up in San Diego, bought a three bedroom home in Menifee, in southern Riverside County, for $400,000, where he is raising two daughters. He couldn't find anything similar locally.

San Diego County's 10 percent increase in sales activity was the highest in Southern California in July.