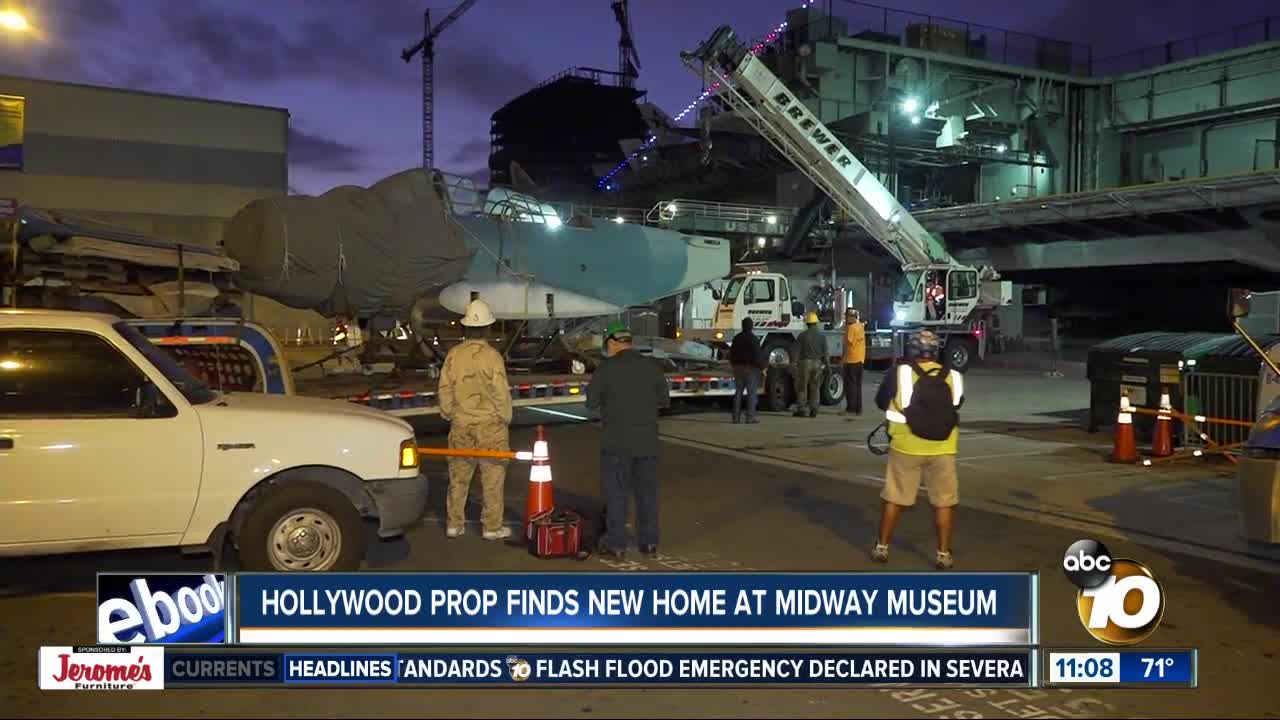 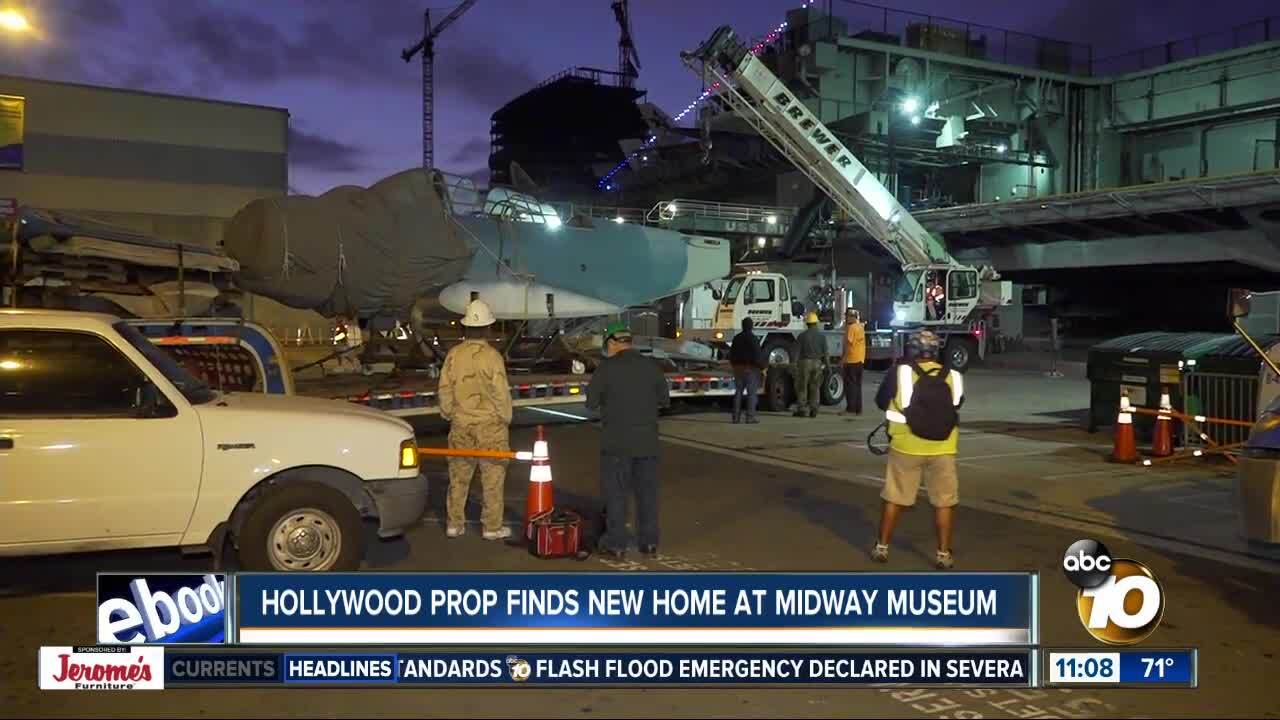 SAN DIEGO (KGTV) — A piece of Hollywood has made its way to the USS Midway Museum.

Thursday crews worked to move a large movie prop onto the deck of the famed vessel: A replica of the TBD Devastator that was used in the movie “Midway."

“It’s the only Devastator on display in the world,” says Walt Loftus, Air Wing Director at the USS Midway Museum. “All the rest of them are at the bottom of the ocean.”

The plane is a replica of the carriers that sailors used at war. The giant plane was a prop used in the upcoming film, starring Woody Harrelson, Luke Evans, and Nick Jonas.

It's designed with “big square tubing with foam made into the shape of the devastator,” says Loftus. “But it's the actual size that the Devastator was.”

"Midway" follows the story of U.S. Navy sailors and aviators who persevered through the Battle of Midway in 1942. It was only six months after Japan’s attack on Pearl Harbor.

Loftus says the planes were used to bait Japanese fighters, by flying low.

“It gave the rest of the aircraft a chance to come in from the top to destroy the Japanese carriers. So basically when these pilots went out, it was more of a suicide mission.”

Loftus shares having this plane aboard the Midway is a chance to, “preserve what we have for future generations.”

The Midway will be released in theaters Nov. 8 during Veteran’s Day weekend.