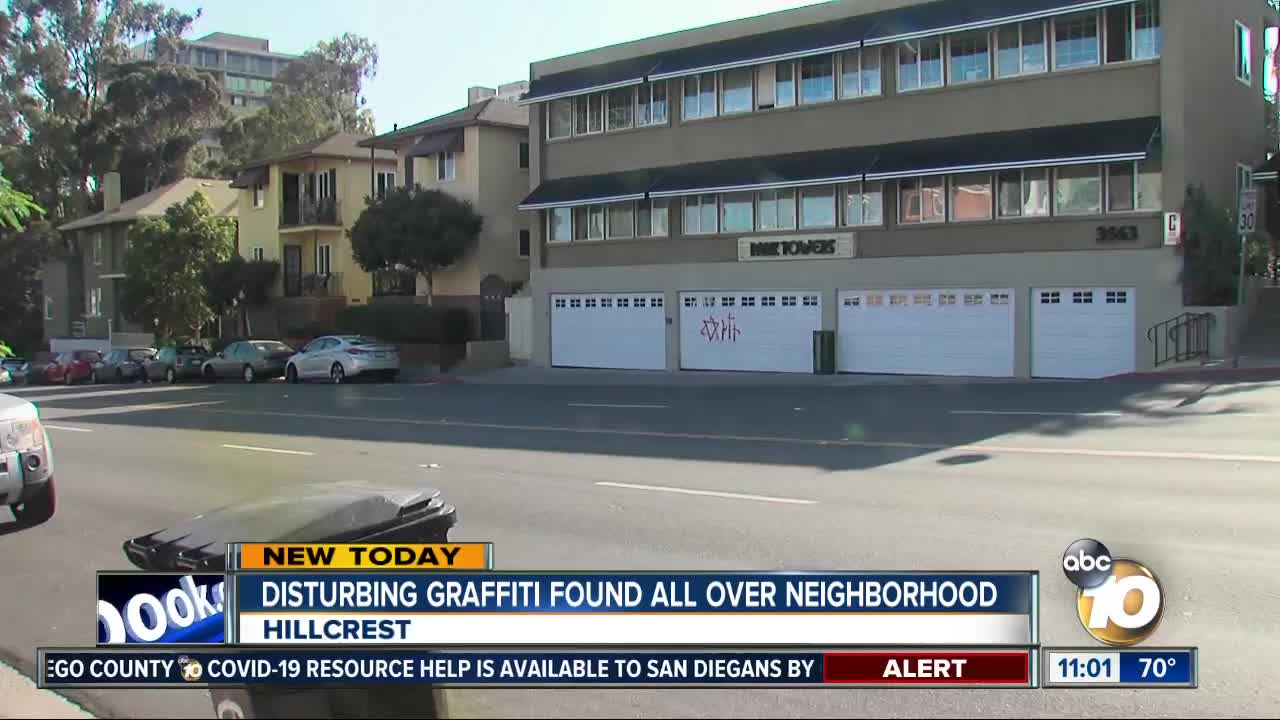 For Lauren Matley, it was hard to hold back tears, as she scraped away the red paint on her car window.

This was just one of many vehicles that were painted on along 6th Avenue in Hillcrest. Someone also painted on the side of houses and on a garage.

Doctor Barry Kaplan was walking his dog when he noticed the graffiti and he called police.

"Several of my grandparents died in the Holocaust. So, for me to see this, this reminds me of Nazi Germany. It’s very offensive," Kaplan said.

Though Matley doesn’t know if this was a random act or meant to be antisemitic, she says it hits too close to home being a member of the Jewish community.

Police say after the reports are written this case will be handed to an investigator. From there it may get handed over to the District Attorney’s Office to determine if this was a hate crime.