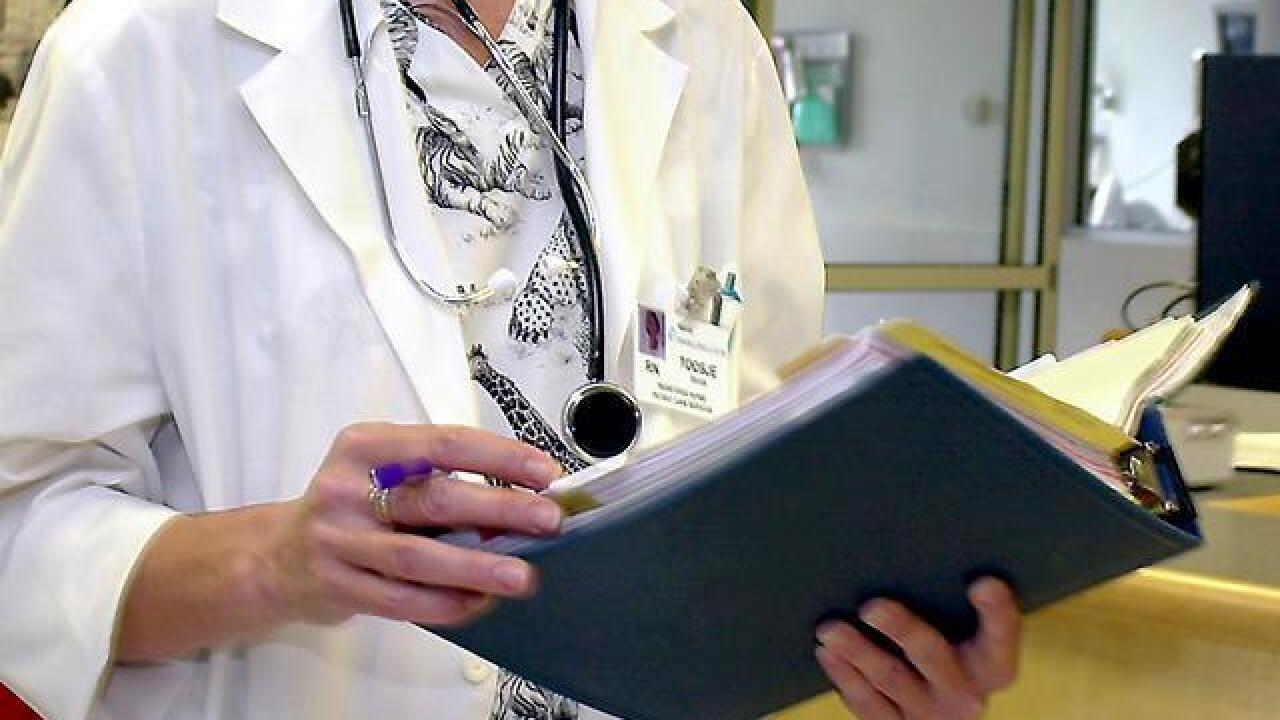 Copyright 2013 Scripps Media, Inc. All rights reserved. This material may not be published, broadcast, rewritten, or redistributed.
AP
<strong>Back to School health checklist:</strong></p><p>- If you suspect your child may have behavioral conditions, consider looking into behavioral therapy or appropriate medical care to help them excel in class.

SAN DIEGO (CNS) - A study released Monday by the San Diego County Childhood Obesity Initiative found that more than one-third of fifth-, seventh- and ninth-graders in public schools around the county are obese or overweight.

The study found that 34% of students in the examined grades were overweight or obese during the 2017-2018 school year, using data from the California Department of Education. The county had a lower obesity rate than California's 39% and the Centers for Disease Control & Prevention's 2015-2016 national estimate of 40.7% for youth aged 2-19.

The study found disparities in obesity among ethnic and economic groups, with 24% of white students classified as obese, compared to 49% for native Hawaiian or Pacific Islander youths and 43% of Hispanic or Latino children.

``Childhood obesity remains a pervasive challenge, and sadly current rates have not changed much from the previous report released for the 2014-2015 school year,'' said Dr. Wilma Wooten, the county's public health officer. ``This indicates a need for new and continued investment in our communities to address the root causes and environments that hinder children's health.''

According to the Childhood Obesity Initiative, students who face challenges like food scarcity are often more likely to face issues with obesity because they don't have easy access to healthier and more affordable food options.

Within the county, higher levels of obesity in children roughly correlated with census tracts in which higher levels of the population had an income of 200% of the federal poverty level or less. In addition, school districts with a higher rate of students in the Federal Reduced Price Meals Program tended to have higher rates of overweight or obese students.

``As a nation, we struggle with the idea that a child can be both overweight and not have enough to eat,'' said San Diego Hunger Coalition Executive Director Anahid Brakke. ``But these are two sides of the same coin. Families struggling to make ends meet must often sacrifice buying healthy food for cheaper, nutrient-poor options that are filling but high in calories, fat and sugar.''

The Childhood Obesity Initiative and the YMCA of San Diego County plan to tackle the problem of childhood obesity by promoting the ``5-2-1-0 Every Day!'' campaign, which encourages children to eat five or more servings of fruits and vegetables, spend fewer than two hours on recreational screen time, be physically active for an hour or more and avoid sugary beverages like soda.

All YMCA branches in the county will have free Sept. 14 open houses offering information to families on the campaign and how to combat childhood obesity. Attendees will also have access to information on receiving financial help with a YMCA membership.