Heat advisory in effect through Friday in San Diego County 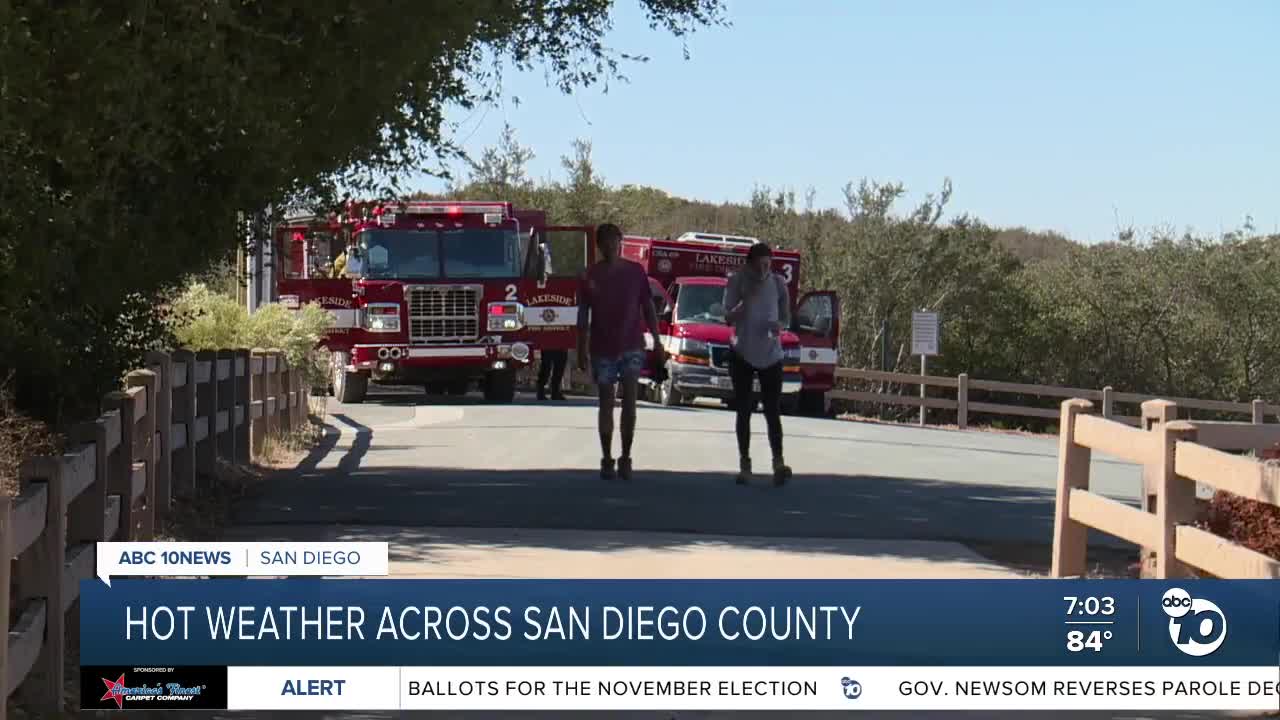 The high temperatures, dry brush, and low humidity are leading to elevated fire danger in San Diego County this week. 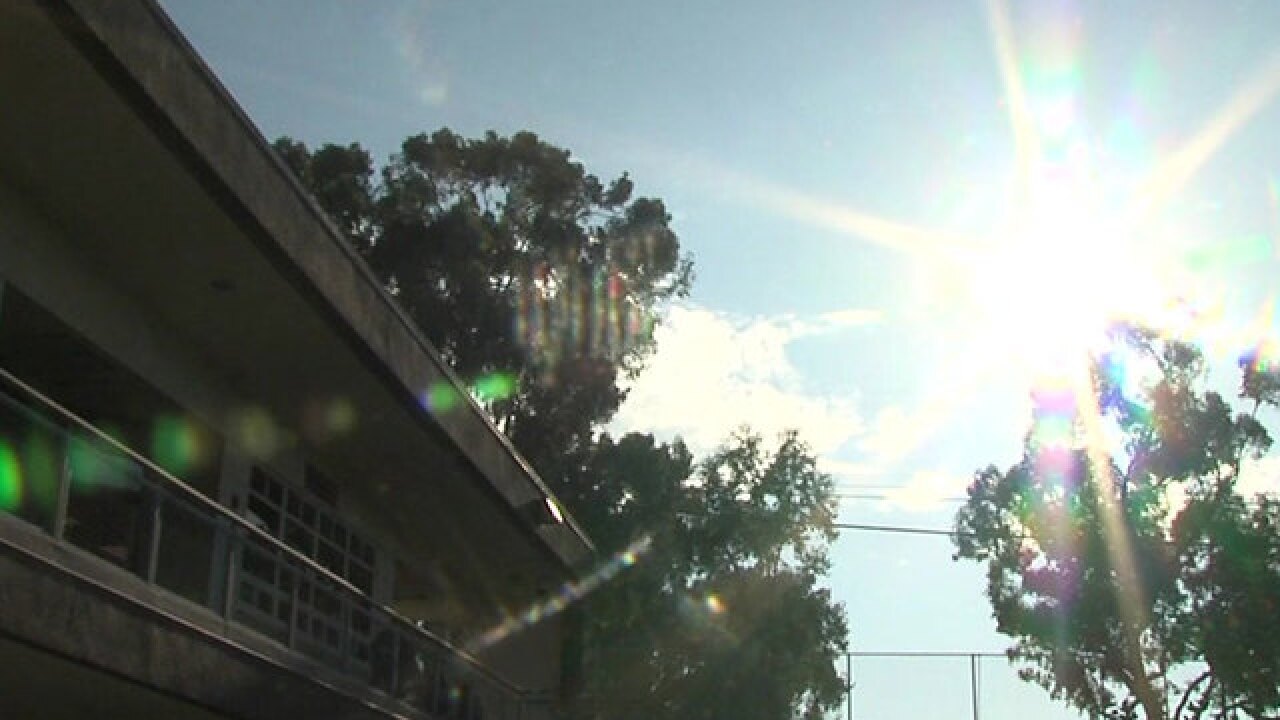 Cal Fire San Diego is asking everyone to be prepared for the possibility of a wildfire igniting.

“We depend on the public to be careful; we depend on the public to be prepared at a moment’s notice to evacuate,” said Cal Fire Captain, Isaac Sanchez.
“The fact that the winds aren’t there, it does not help us sleep at night; we’re still very dry. It’s still October, and we know that even though there aren’t winds now, we can bet money that there will be winds later.”

As fire danger remains a threat across the county, families braved the heat taking schoolwork outside at Mast Park in Santee, after being stuck at home for months.

“It’s so much easier for the kids to stay motivated on getting their work done,” Jennifer Sailler. “It’s harder to stay inside our home with the AC running than it is to be outside in the warm heat.”

The heat is also keeping business going for some.

“My job requires me to have a close relationship with snakes and the sun,” said Alex Trejo, So-Cal Rattlesnake Removal. “When it’s hot, what they’re actually doing is trying to find shelter. “

Trejo removes rattlesnakes from properties and relocates them to areas where they can have a second chance at life.

He said he’s been getting more calls for rattlesnake removals in the East County during the hot weather.

“It’s very important to understand the nature of the snake; the snake is not out to hurt people, the snake is a survival expert,” he said. “My priority is making sure families are safe during this heatwave because they will be coming on people’s properties right now.”

The heat advisory will remain in effect until 5 PM Friday.