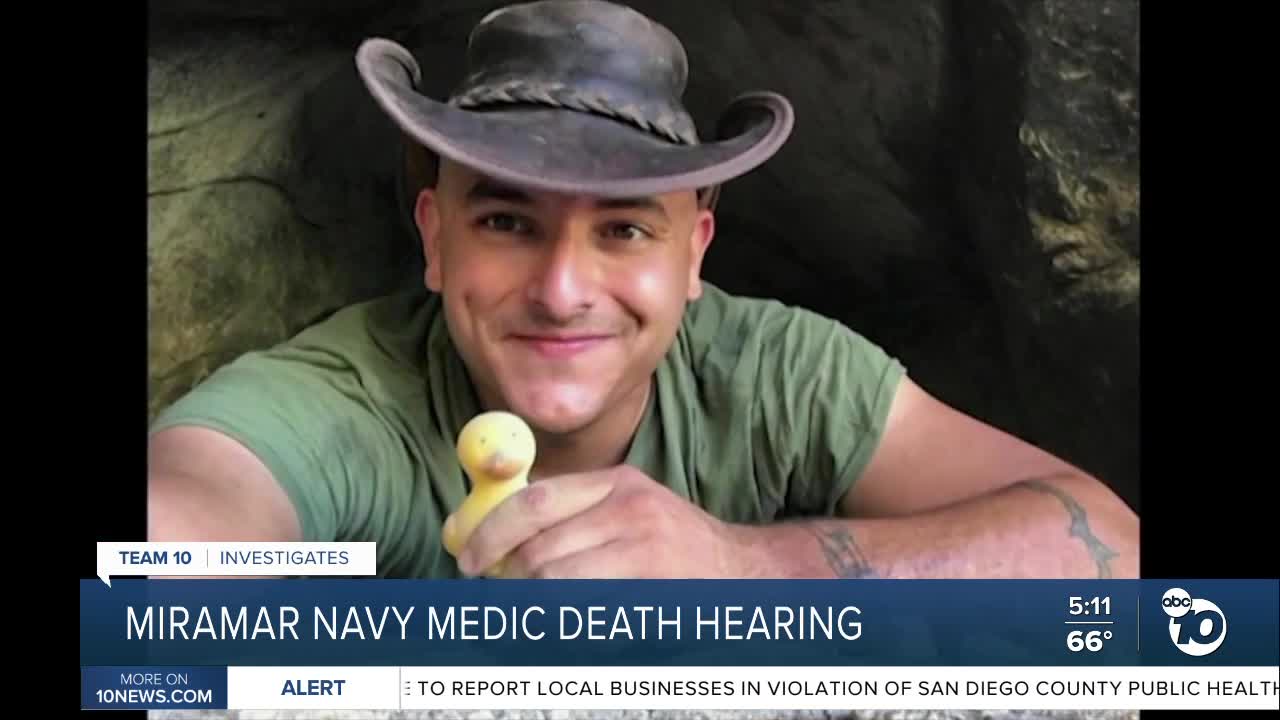 Hearing for Navy medic charged in connection with death of fellow medic.

SAN DIEGO (KGTV) - Inside an MCAS Miramar courtroom Thursday, the military held a preliminary hearing for a Navy corpsman who's charged in connection with the death of a fellow Navy corpsman, HM3 Michael Vincent De Leon. A corpsman is a type of medic.

ABC 10News' cameras were not allowed inside, where accused corpsman HM1 Ryan Dini appeared in his military fatigues alongside his private counsel.

"A cover-up is what I felt [happened] from the get-go," Jose De Leon told ABC 10News just after the hearing. He has suspected a possible cover-up since his 30-year-old son died on the Twentynine Palms military base last year.

At Thursday's hearing, the prosecution argued that HM1 Dini should face additional charges related to negligence. He's already charged in part with dereliction of duty resulting in death and drunk and disorderly conduct. HM1 Dini has 19 years of service with the military.

The prosecution stated that HM1 Dini and a handful of others service members including Michael were at a house party on-base where alcohol was flowing, and guns were being dry-fired the night of the death.

"[HM1 Dini] being the most senior individual at this going-away party failed to protect not just Michael but everyone there because they were in danger when these firearms came out," said Jose De Leon. He told us in September, "We know that the firearm was dry-fired at Michael. The firearm was put away and it came out again and according to some statements they were horsing around, and the firearm came out again and that's when Michael was killed."

He said that the shooting was first called in as a suicide but ABC 10News then learned from a source with close military ties that the death was being investigated as a homicide.

A prosecutor named three other service members in the hearing. Their involvement remains unknown.

The prosecution told ABC 10News that in about three weeks a judge will determine whether HM1 Dini's charges will be sustained and whether he'll face additional charges.

Naval Criminal Investigative Service wrote to ABC 10News on Thursday that the investigation is still open.