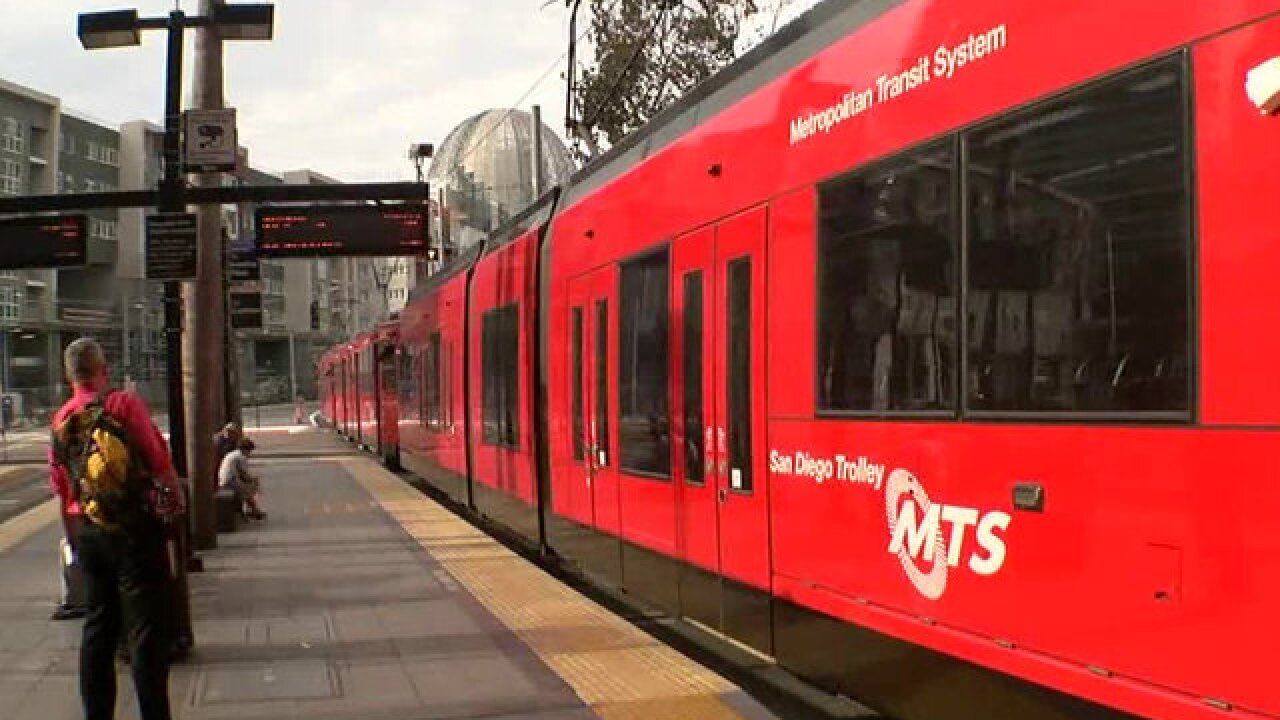 SAN DIEGO (KGTV) - Most San Diego voters support a sales tax for public transit improvements, according to a study commissioned by the Metropolitan Transit System and the San Diego Association of Governments.

The City of San Diego’s current sales tax is 7.75 percent.

The poll results are the first step in a discussion between transit officials and the public that are expected to take place through the end of 2019. MTS will review public input and propose a spending and financing plan.

“We have significant public interest in bringing fast, safe, reliable public transit to San Diego and the region,” said San Diego County Supervisor and MTS Board Member Nathan Fletcher. “It is time to reimagine how our region moves by working together to create a transit strategy that connects our communities, reduces congestion, provides more transportation options and builds the foundation for a cleaner, greener, more sustainable future. We have a lot of work to do, but we are encouraged by the results.”

“We are taking the next steps to creating a shared vision of the San Diego we want to see and this includes real choices in how residents move throughout their day,” said MTS Board Chair and San Diego City Council President Georgette Gómez. “We must be intentional and inclusive. Part of that is a robust public participation plan to shape the transit that will help us now and in the future.”

“At a time when our cost-of-living is already too high, San Diego voters will reject this costly and unfair tax hike when they learn how much waste and mismanagement is occurring within our inept transit agency,” said DeMaio.