County to move forward with plan to help asylum seekers 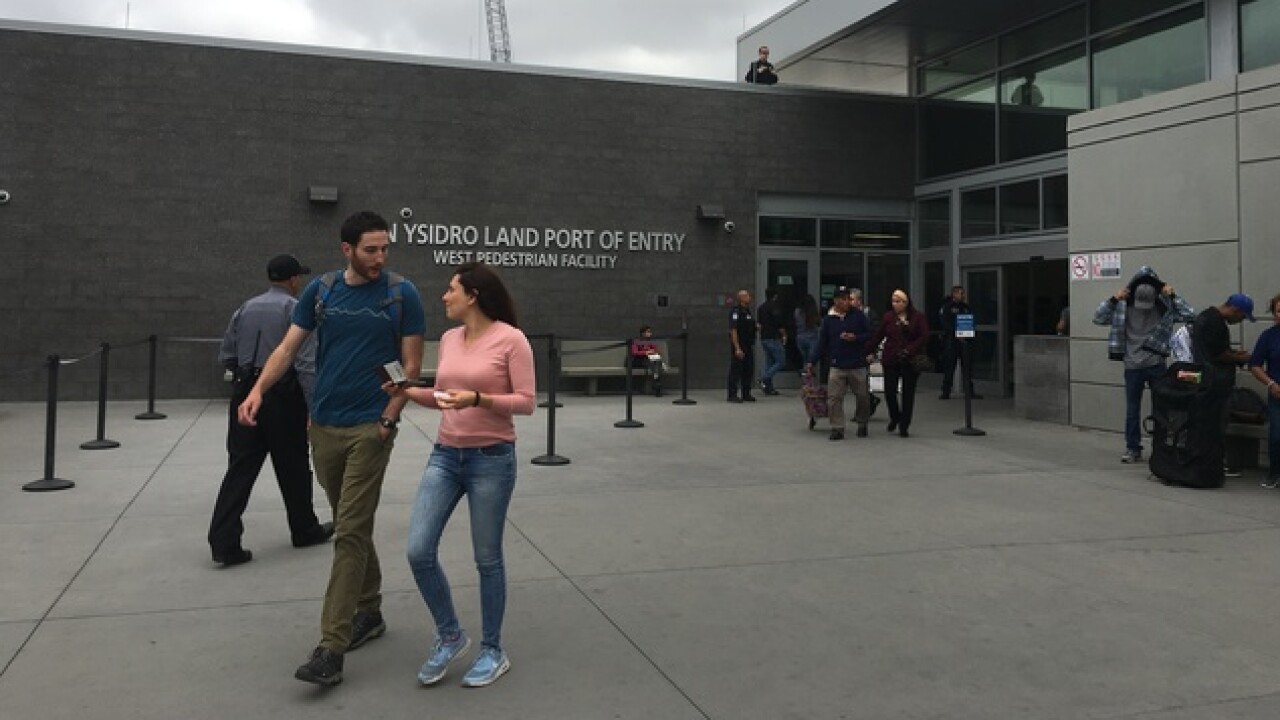 SAN DIEGO (KGTV) - The San Diego County Board of Supervisors voted Tuesday in favor of implementing a plan to help thousands of migrant families seeking asylum in the U.S. that are being released into the county.

Tuesday’s vote to address the growing issue comes after immigration advocacy group Immigration Justice League publicly called on the board to take immediate action and declare a crisis in the county.

The IJL said many migrants have been allowed to legally enter the U.S. to seek asylum but they continue to suffer in horrendous conditions at ICE detention centers near the U.S.-Mexico border, migrant shelters and even on the streets, becoming homeless as they wait for their asylum hearings.

The San Diego Rapid Response Network (SDRRN), a group working to provide migrant families with humanitarian aid, also urged county leaders to implement both short-term and long-term plans to “keep vulnerable asylum-seeking families off the streets and help them reach their final destinations.”

SDRRN, a coalition of human rights, service and faith-based organizations, said their efforts “were intended as a stopgap measure, but the growing number of asylum-seeking families in need is quickly surpassing the network’s collective ability to help.”

In the end, the Board of Supervisors agreed to move forward with plans to assist asylum seekers. SDRRN officials said: “Actions included searching for government-owned properties to use as either temporary or long-term migrant shelters; creating a regional working group to address short and long-term solutions; and creating legislative policies that would allow the county to provide on-going services to asylum-seeking families.”

“Granting asylum to people seeking protection and freedom exemplifies our long-standing values of compassion, inclusion and justice. The federal administration has turned its back on these fundamental values, but we are pleased to see San Diego County has not. The support of our regional government is critical if we are to continue to assist migrants in need of food, shelter, and travel support,” said Michael Hopkins, CEO of Jewish Family Service of San Diego.

David Trujillo, advocacy director with the ACLU of San Diego & Imperial Counties, said, “We are pleased to see the San Diego County Board of Supervisors step up to provide proactive solutions to address this humanitarian disaster. The migrants at our southern border are human beings who are exercising their legal, international right to seek safety and protection from violence and persecution.”