Some believe maneuver can result in chokehold 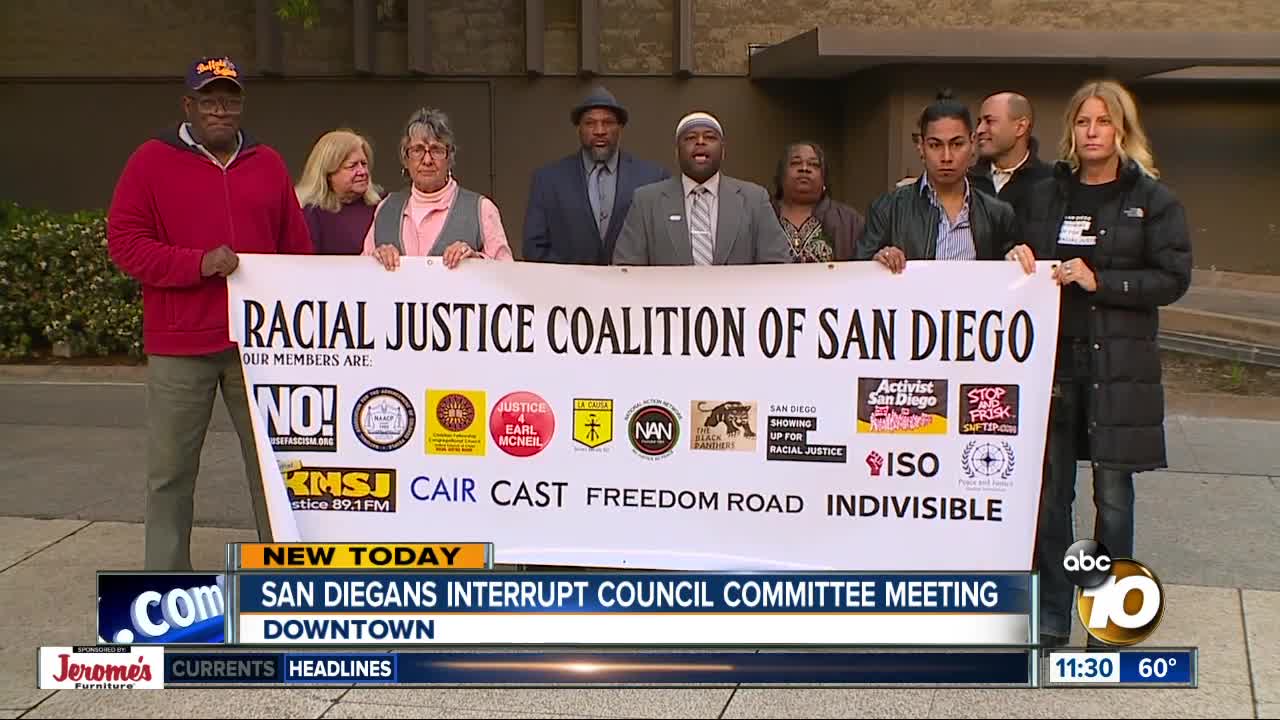 A group of protesters disrupted and temporarily stopped a city meeting Wednesday morning to call for the end of a controversial maneuver used by San Diego police.

SAN DIEGO (KGTV) – A group of protesters disrupted and temporarily stopped a city meeting Wednesday morning to call for the end of a controversial maneuver used by San Diego police.

One group, the Racial Justice Coalition, gathered at the meeting and demanded the police department stop its use of the carotid restraint maneuver. The group argued that the hold can be used incorrectly, resulting in a chokehold.

“We’re saying that this thing is too deadly, too dangerous,” said Yusef Miller with Racial Justice Coalition. “It’s hard to apply correctly; it becomes a chokehold whether it’s a carotid restraint or not.”

One mother claims her 15-year-old son was put in a neck hold by police years ago during an arrest at his high school.

“His throat was swollen, he could not breathe,” said Desiree Smith. “He was scared to sleep, he was pacing the floors at night, my son could not focus. There is more mental damage than physical damage.”

The other group at the meeting consisted of family members and friends of Aleah Jenkins. Jenkins died after being taken into San Diego police custody in November 2018.

A San Diego County Medical Examiner’s report released last week revealed Jenkins had a number of drugs in her system and a lack of oxygen to her brain, leading to her death.

However, her mother claims Jenkins asked her the arresting officer for help before dying and was denied.

RELATED: Cause of death released for woman who passed out in police custody

Protesters chanted, “Justice of Aleah,” and “Say her name,” during the meeting. The disruption caused City Councilwoman Monica Montgomery to call for a recess.

10News reached out to San Diego Police for comment on both issues but have not received a response as of early Wednesday afternoon.