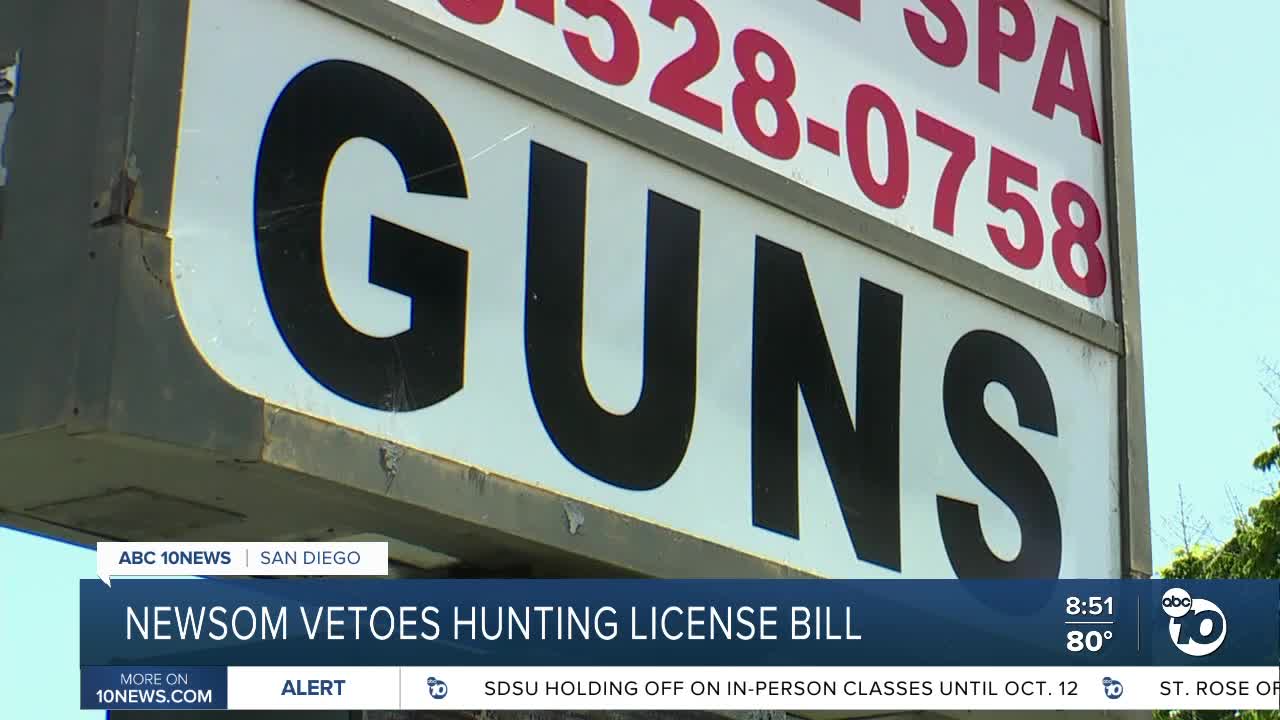 Gov. Newsom has vetoed a bill that would have required the State Justice Department to verify hunting licenses with Fish and Wildlife before approving a firearm sale to a person under 21. 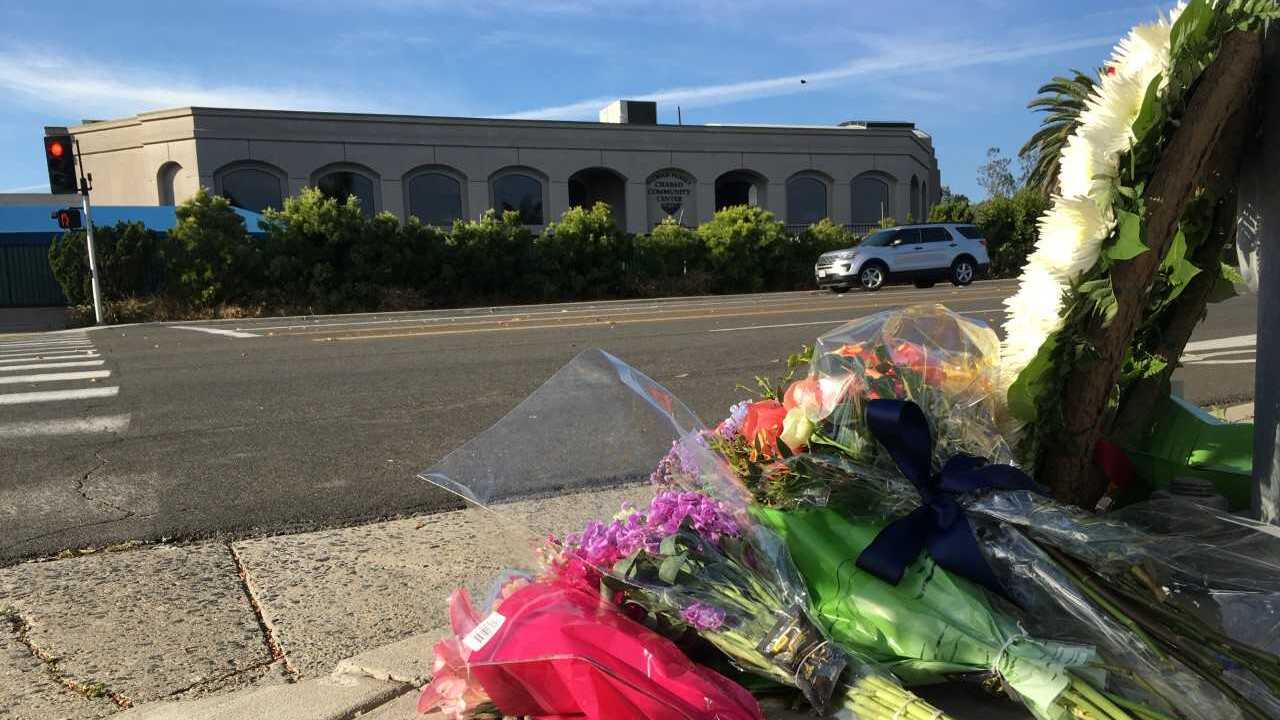 SAN DIEGO (KGTV) — Gov. Gavin Newsom has vetoed a bill that would have required the State Justice Department to verify hunting licenses with Fish and Wildlife before approving a firearm sale to a person under 21.

Earnest was only 19 at the time he bought the assault-style weapon from San Diego Guns, when the state's age-limit was 21. The age limit, however, remained 18 for those who possessed a valid, state-issued hunting license. The Justice Department does not verify hunting licenses with Fish and Wildlife, instead leaving it to the gun shop to make the only determination.

The governor said creating the verification system would require a 30-month information technology project and could disrupt other firearm technology systems in development under seven other bills.

"I am concerned that adding an information technology project will impede DOJ's ability to perform the work it has already been tasked," Newsom said in a veto statement.

"It's a loophole that needs to be closed," he said. "You can't have a system that relies on the validity of a license not being checked to make sure that that license is actually valid. The whole goal is to keep guns out of the wrong hands. This shooter in Poway got a gun based on a faulty license."

Portantino vowed to continue pushing for the change, either through the governor's budget in January or a new bill next year.

When making the purchase, Earnest presented a state hunting license that was not valid until July 1, 2019, two months after the alleged attack. That technicality meant the sale should have been rejected, Portantino said. It was Portantino's law that raised California's purchase age limit to 21 but created the hunting-license exemption for those 18 and older.

Portantino's bill, Senate Bill 914, would have required the Justice Department to verify hunting licenses with Fish and Wildlife before approving a firearm sale to someone under 21. The bill passed both houses of the state Legislature before failing on the governor's desk.

Still, legislators and Newsom did act in the aftermath of the shooting, by eliminating the hunting-license exemption for semi-automatic, center fire weapons. It still exists, however, for other guns, including bolt-action rifles and semi-automatic rimfire weapons.

Israel Dahan, whose daughter Noya was injured by shrapnel during the attack, declined to comment, citing ongoing litigation related to the shooting. He said, however, that Noya, now 10, will likely need another minor surgery. He said physically she is holding up okay, but is still dealing with the aftermath psychologically.

Earnest allegedly carried out the shooting the day after he picked up the gun, killing one congregant and injuring three others, including a child.

A worker who answered the phone at San Diego Guns declined to comment Wednesday.