A Facebook post has hundreds of thousands of interactions after a woman shared a photo of a young barista with the caption ““Meet lenen from Starbucks who refused to serve me cause I’m not wearing a mask. Next time I will wait for cops and bring a medical exemption.” 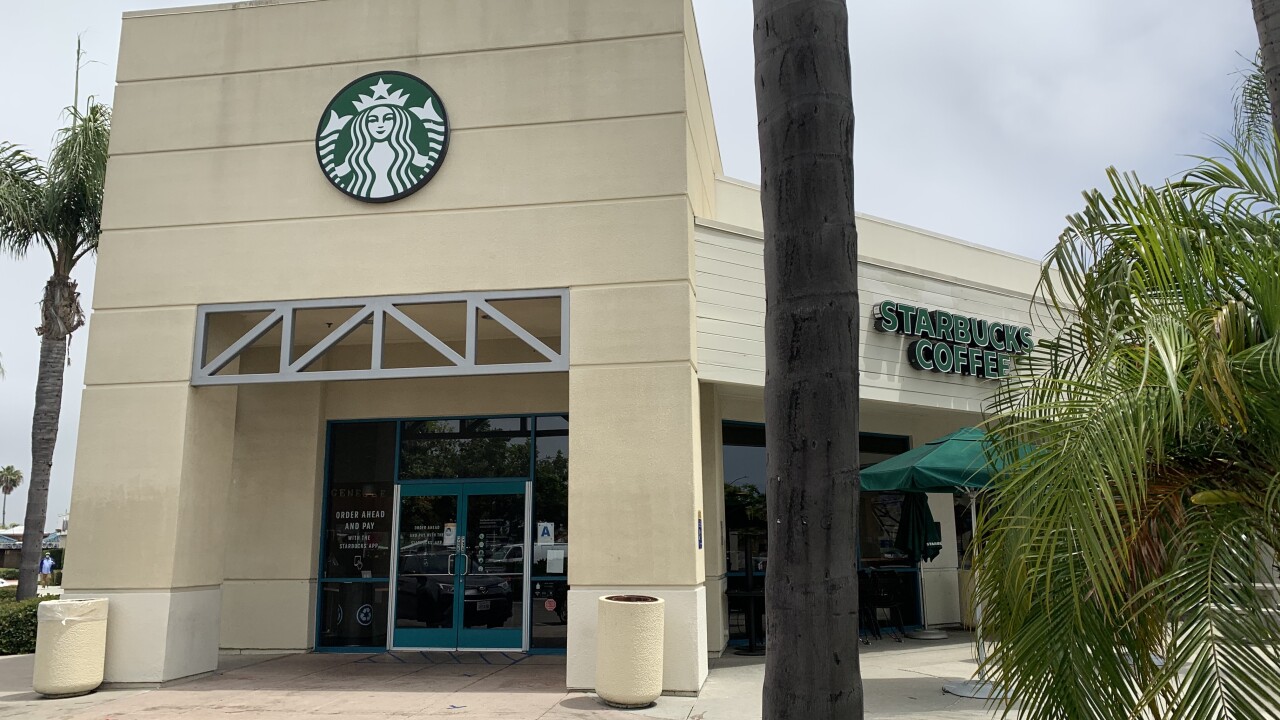 SAN DIEGO (KGTV) — A Facebook post has hundreds of thousands of interactions after a woman shared a photo of a young barista who refused to serve her because she wasn't wearing a mask.

The woman's post was captioned, "Meet lenen from Starbucks who refused to serve me cause I’m not wearing a mask. Next time I will wait for cops and bring a medical exemption."

Many people are supporting Lenin, with people commenting saying things like “there’s no reason to publicly shame a kid who’s trying to work his shift like any other day.” Another saying “they are following what they're told. I understand your frustration But it's being at aimed at the wrong people." Someone else said, “if you cannot wear a mask, why not go through the drive through?"

In San Diego County, everyone is required to wear a mask while in public, however, there is a clause that says if a person has a health condition that prevents them from covering their face, they do not have to wear a mask.

Many people also commented on the post saying they want to give Lenin the barista a tip, so one man stepped in to help. Matt Cowan made a GoFundMe for Lenin. He said he’s been shocked to see how many people are donating tip money.

At last count, the donations surpassed $10,000. Cowan said he’s been upping the goal amount as people continue to donate with plans to hand-deliver every penny to Lenin once it calms down. He said it’s up to Lenin to decide how he wants to spend that money.

“Everybody is rallying around somebody for doing what they’re supposed to do and trying to protect everyone else. It just goes to show you there are a lot of good people out there and that outweighs the bad,” said Cowan.

Lenin shared a picture of him holding a sign that says "Thank you everyone for the tips!!! Stay Safe"

The Starbucks where the exchange occurred is located at 4227 Genesee Avenue in San Diego.

A Starbucks spokesman released the following statement:
We want everyone to feel welcome in our stores. We respectfully request customers follow social distancing and safety protocols recommended by public health officials, including wearing a facial covering when visiting our stores.

More information on what customers can expect in our stores can be found on our At a Glance page [nam05.safelinks.protection.outlook.com]