Fuel for the fire: San Diego's winter growth may contribute to a disaster 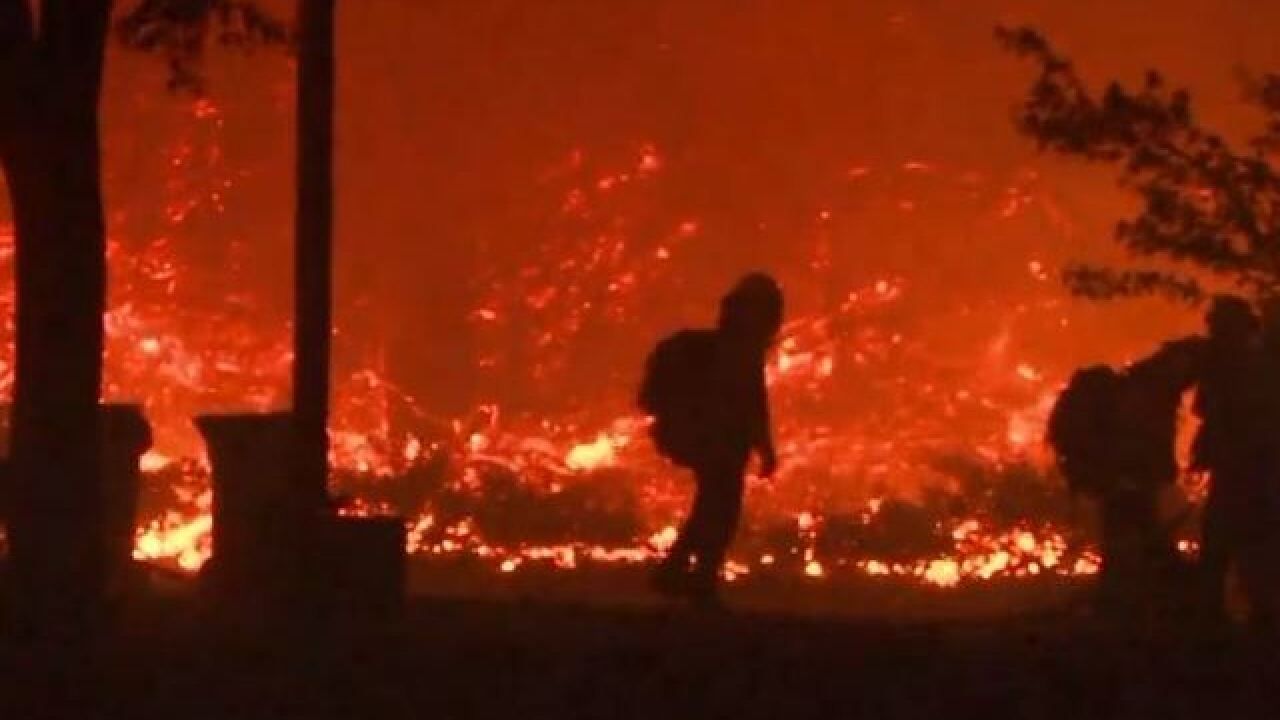 Copyright 2017 Scripps Media, Inc. All rights reserved. This material may not be published, broadcast, rewritten, or redistributed.
Self, Zachary

SAN DIEGO (KGTV) - Typically dry and brown swaths of San Diego County are currently lush and green due to record-setting levels of rain, indicating the availability of more vegetation with the potential to fuel a wildfire during drier years.

To watch for the threat from growing brush and grass, Cal Fire and other agencies track fuel moisture, the amount of water in a plant.

Any fuel moisture content level below 30 percent indicates the brush is dead and at the mercy of temperatures, humidity and winds, NOAA reports.

The calculations are critical for firefighters when Santa Ana conditions arrive and San Diego’s winter storms are a distant memory.

“A direct relationship to this rain is how damp that brush is throughout the summer, or how high it is,” said Cal Fire Captain Jon Heggie.

“Think of it as a sponge and it’s full of water right now,” said Heggie. “We’ll monitor that throughout the year and as we get closer to the heat of the summer we’ll really pay attention to what those levels are. Once they hit certain thresholds, that’s when we know fire danger is really at its highest.”

Fuels were critically dry before San Diego County’s Cedar Fire in 2003, the U.S. Forest Service and California Department of Forestry reported. Humidity levels monitored at the Descanso Fire Station dropped to 4 percent, with the fire moisture level of the brush plunging to the same low. To make the situation worse, the county had experienced several years of below-normal rainfall.

Although chaparral and coastal scrub were the most likely to burn in the Cedar Fire, Heggie called grass a “huge contributor” to fire growth in California.

“One climactic variable that has become important in recent years is high prior-year precipitation, likely due to its role in promoting higher abundance of annual grasses that, once dry, become extremely ignition prone in the subsequent year,” the group wrote in a study about the ecological impacts of climate change.

Heggie, who has been fighting fires in San Diego County for 25 years, has noticed the changing weather patterns.

“I’ve seen conditions gradually get worse for probably the last decade; what that tells me is that the landscape is reacting to those ten years of drought.”

“There’s so much fuel, we are doing our best to stay in front of it, but the tremendous amount of fuel on the landscape is going to take decades for us to really get a handle on,” said Heggie.

Cal Fire increased the amount of controlled burns planned for 2019, but Heggie says preventing fire is key. He encourages San Diegans to clear the brush around their homes and be careful on high fire danger days.

“Our new normal is that we always have potential for that large fire to break out anyplace here in San Diego County.”