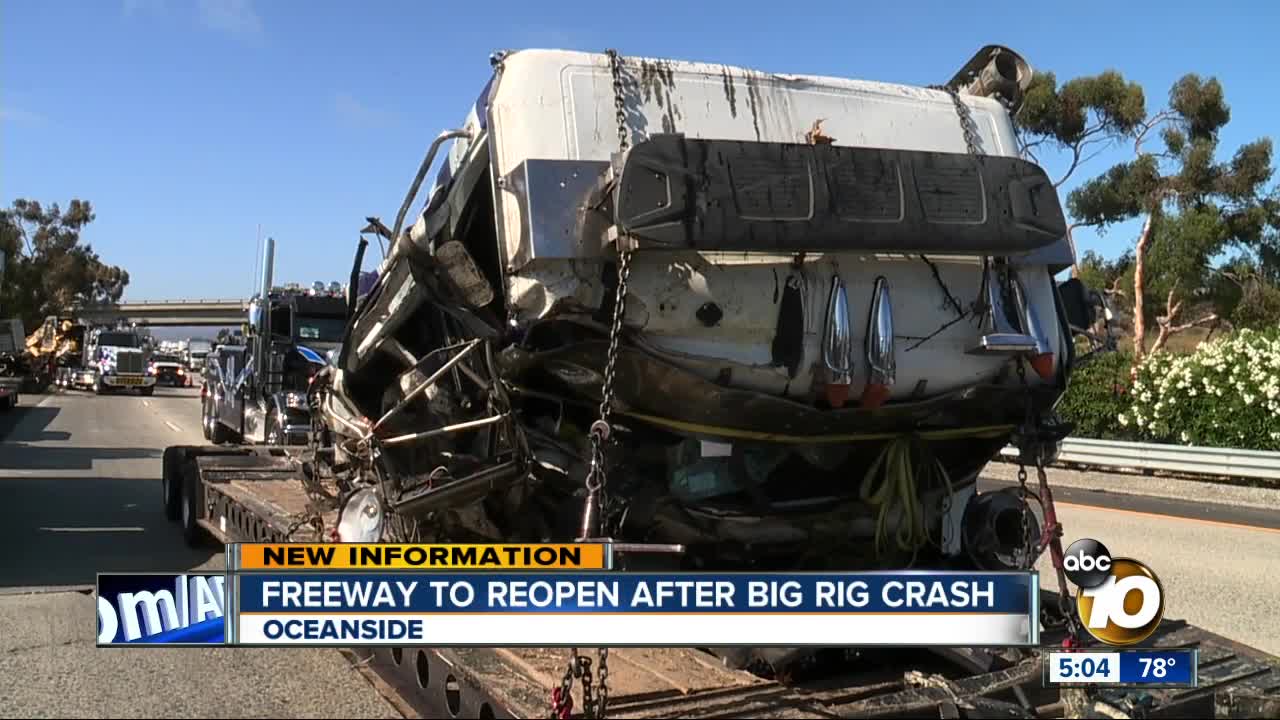 OCEANSIDE, Calif. (KGTV)- The freeway is back open in Oceanside after a big rig crash caused a major mess.

It happened just after 10:30 a.m. on the southbound I-5 just north of Harbor Drive near Camp Pendleton.

According to the CHP, the driver of a flatbed pulled off to the shoulder to check the equipment he was carrying. The driver of a big-rig hauling an excavator passed by and clipped the rear tire of the truck that was parked. The driver of the semi lost control, went down the embankment, hit a tree and flipped over. Remarkably, the driver is expected to be OK.

"Very fortunate, judging the distance and the weight that we're looking at in these vehicles and the condition that the big rig is in that he sustained only minor injuries, " said CHP Officer Mark Latulippe.

The big rig also caught on fire, but drivers stopped to help.

"After the big rig had come to a stop on its side, a small fire had broken out. Some witnesses and passer-bys that had seen the crash actually stopped and put out the fire with some fire extinguishers," said Officer Latulippe.

Clearing the wreckage was a long and complicated process.

"It's kind of a mess. There's a lot of pieces. It's entangled within a tree. The excavator is off the trailer, mostly off the trailer, the big rig truck tractor's portion of that is coming apart in pieces as we are trying to get it up," described Officer Latulippe.

The number three and four lanes on the five south north of Harbor were shut down until around 530 pm. Traffic was backed up for miles.