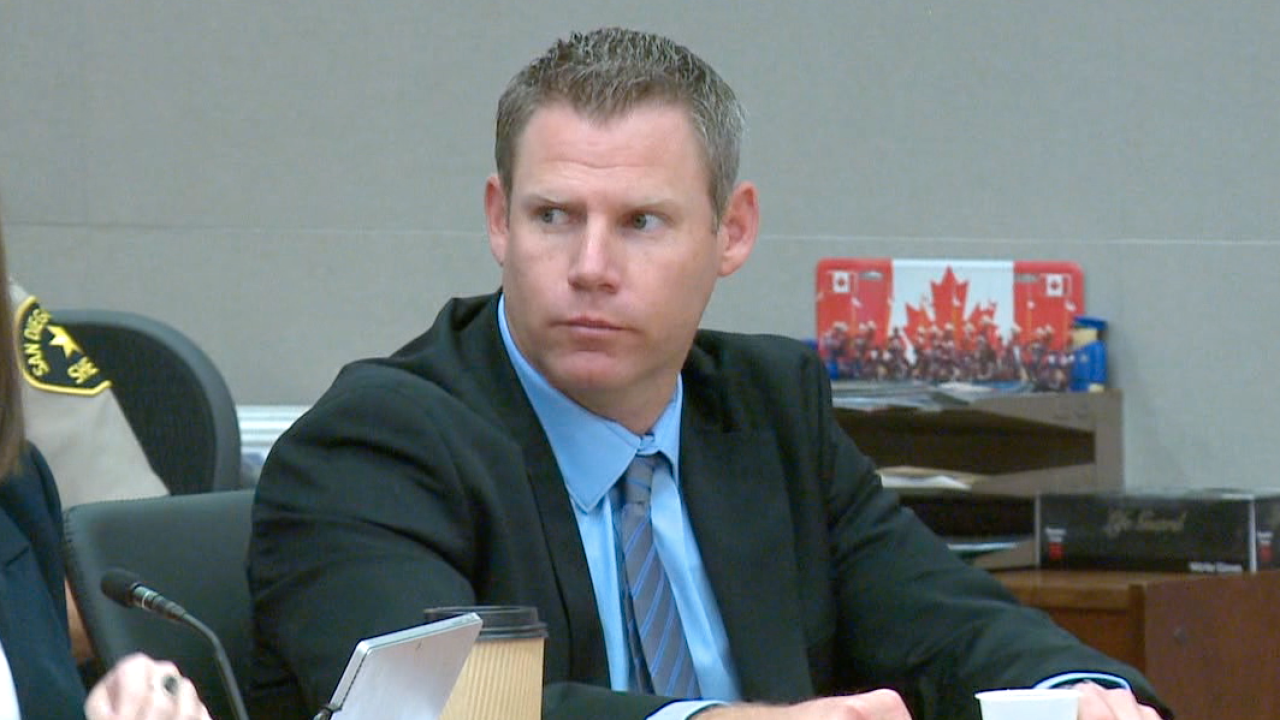 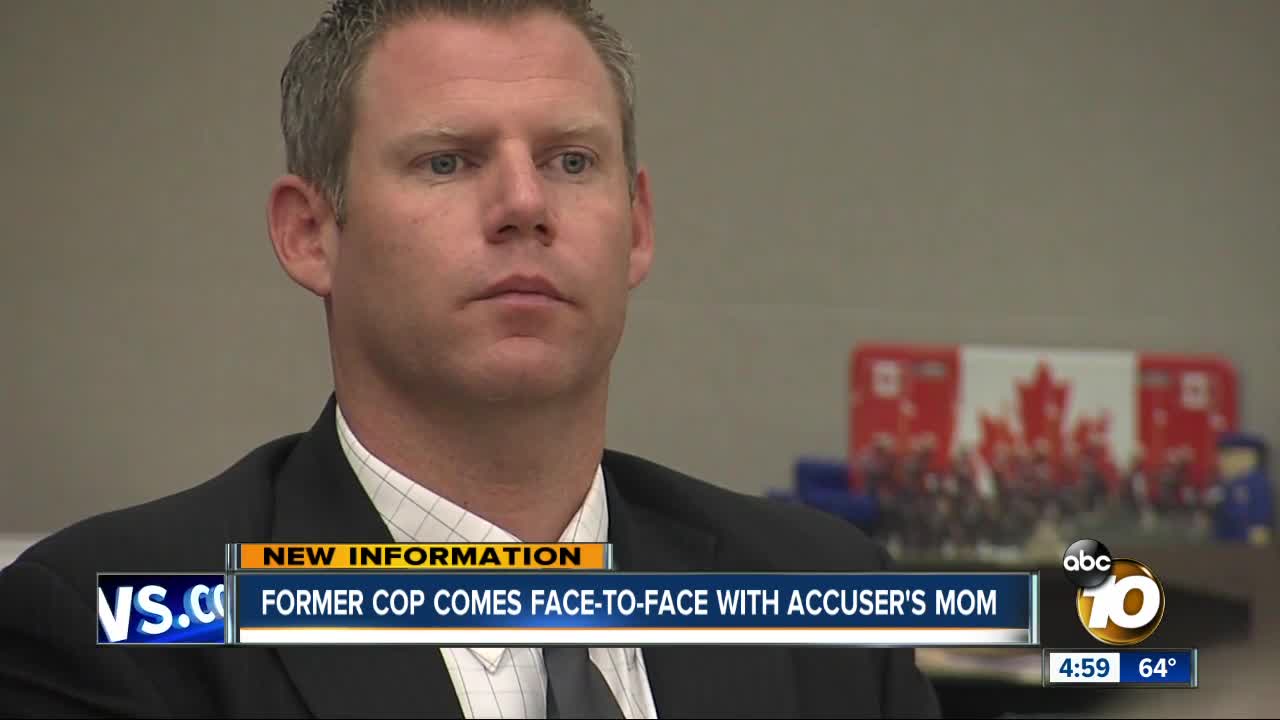 SAN DIEGO (KGTV) -- A former Yuma Police officer charged with raping a woman in San Diego is coming face to face with his accuser’s mother.

Jared Elkins didn’t flinch in court Tuesday as his wife’s cousin accused him of raping her over and over in her Kensington home.

The woman says she didn’t yell because the former officer threatened to kill her.

After the rape, the victim said in court that she ran into her mother’s room and escaped out a window. Her mother’s 911 call played in court Tuesday.

Elkins’ wife was asleep across the hall. Police body cam footage showed the accuser hysterical in the back of the police car.

The woman can be heard telling the officer how afraid she was. Elkins argued that the sex was consensual and the rape charges were made out of guilt.

Elkins pleaded not guilty. His attorney said he used bad judgement but the sex was consensual and the two were drinking.

He’s facing nine felony counts including forcible rape and could serve 14 years in prison if convicted.

Elkins resigned from the Yuma Police Department in 2017.