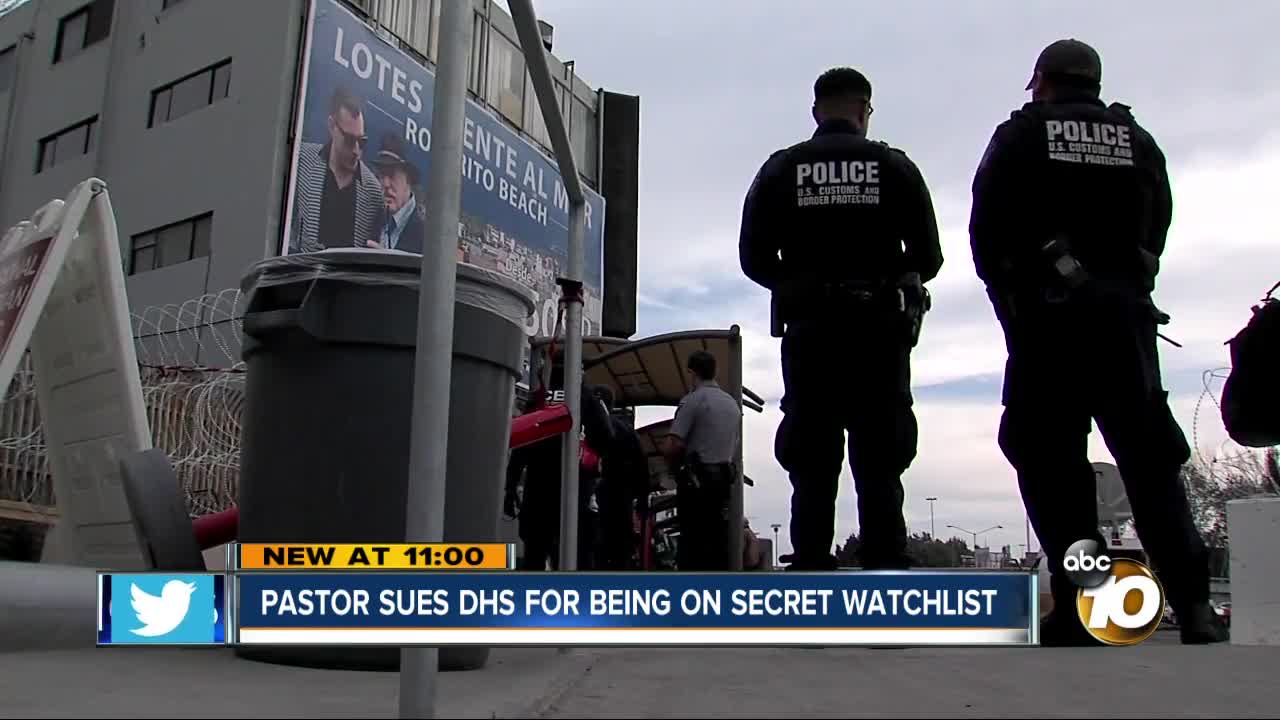 A New York-based pastor who was placed on a government watchlist after traveling to Tijuana to work with migrants is suing the federal government. Matt Boone reports. SAN DIEGO (KGTV) - A New York-based pastor who was placed on a government watchlist after traveling to Tijuana to work with migrants is suing the federal government.

Kaji Dousa is the senior pastor at Park Avenue Christian Church in New York and a member of the New Sanctuary Coalition, which works with immigrant communities.

She had also been the senior pastor at the Table United Church of Christ in La Mesa for several years until 2016.

According to a federal complaint, in November, Dousa started traveling to Tijuana as migrants from caravans continued filling the churches and shelters of the border city.

“What I do is I go and meet and pray with people. I listen to them. I offer all the gifts of pastoral office,” said Dousa.

She traveled multiple times across the border until January, when she was stopped by border agents and taken into a secondary screening area.

According to the complaint, a Customs and Border Protection officer interrogated her, at one point asking “about Pastor Dousa’s assistance to asylum seekers and whether she encouraged them to lie in asylum applications.”

Dousa denied the claims, but explained “that sometimes during her ministry she assisted asylum seekers, many of whom speak no English, in explaining what caused them to flee their homes,” according to the complaint.