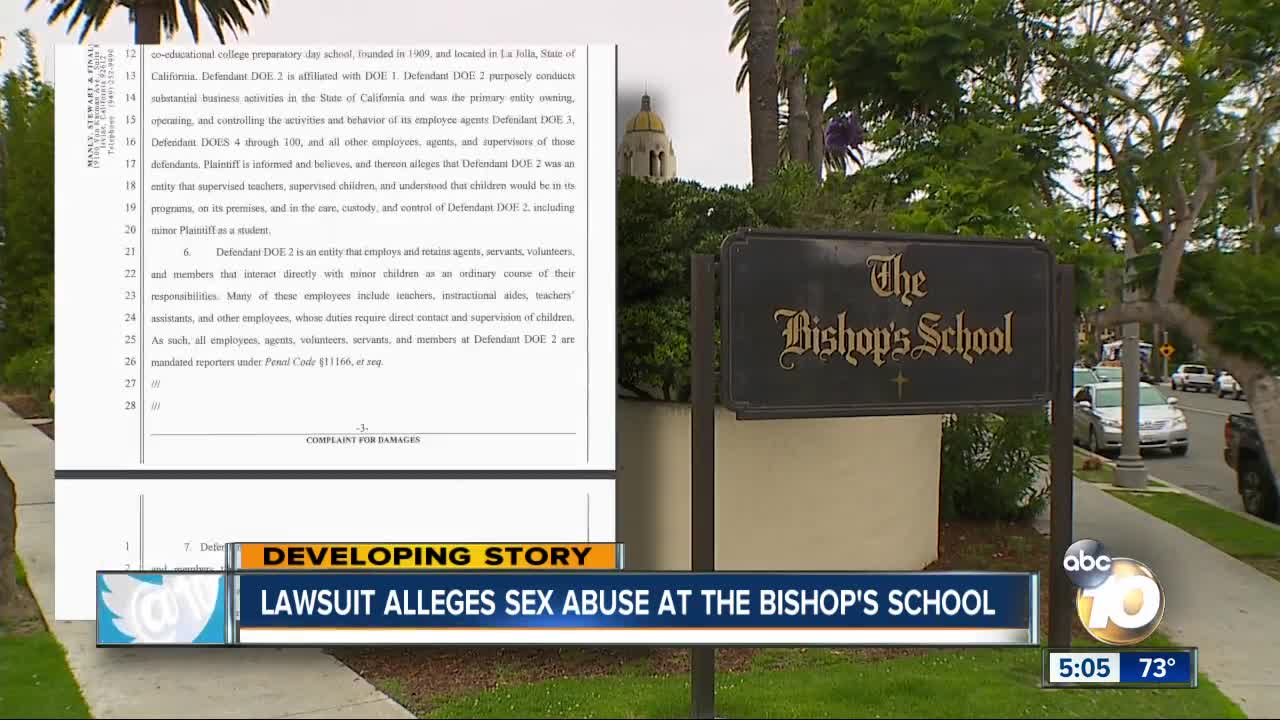 Attorneys for a former student of the Bishop’s School in La Jolla announced Tuesday a child sexual abuse lawsuit against the elite private school and the Episcopal Diocese of San Diego. 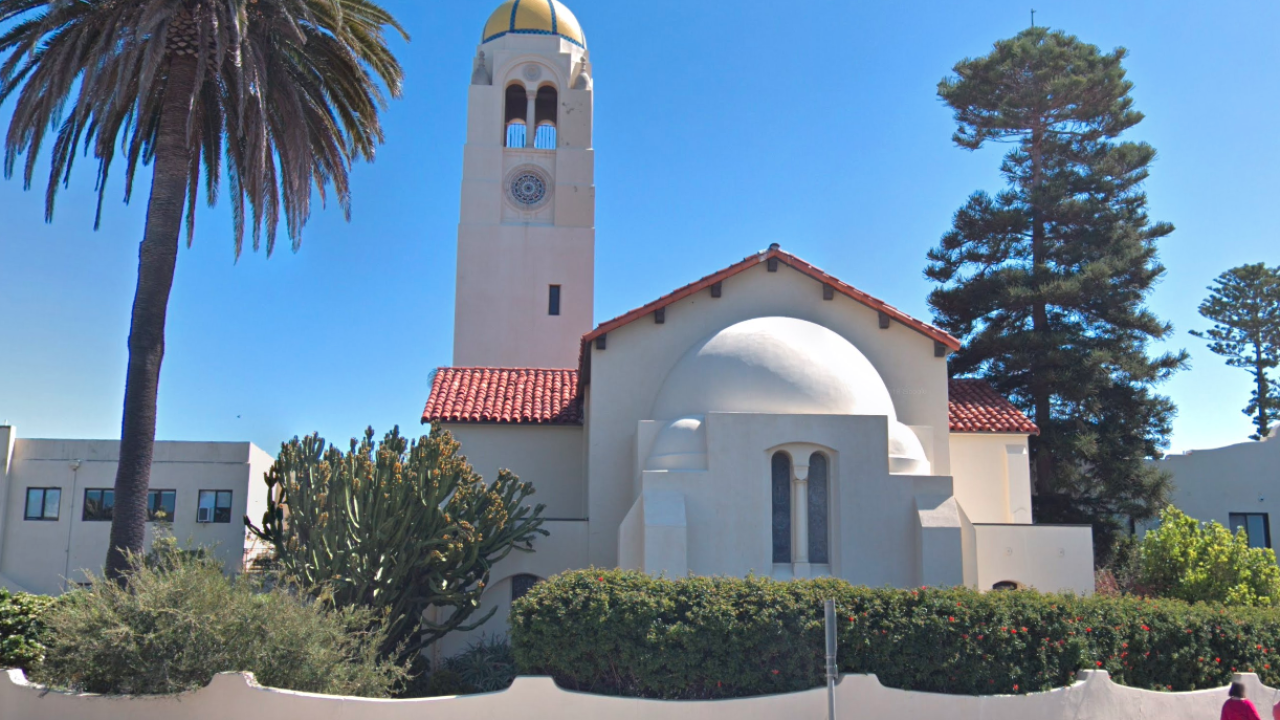 [EDITOR'S NOTE: 10News has chosen not to name the teacher in this lawsuit.]

LA JOLLA, Calif. (KGTV) - Attorneys for a former student of the Bishop’s School in La Jolla announced Tuesday a child sexual abuse lawsuit against the elite private school and the Episcopal Diocese of San Diego.

The man claims he was repeatedly molested by a female computer science teacher starting when he was 16 years old.

10News has reached out to the San Diego Police Department and The Bishop's School about the allegations but neither have commented at this time. Calls to the Episcopal Diocese of San Diego were unanswered Tuesday afternoon.

The alleged abuse included sexual intercourse on campus, at [the defendant's] house, and other La Jolla and San Diego area locations, the lawsuit states.

“On multiple occasions, teachers and Bishop’s Headmistress saw [the Plaintiff] exiting the computer lab together, with no other person in the room,” the plaintiff's attorneys said in a news release.

The teacher was 32 years old at the time the alleged affair started, and was married with children, according to the release.

In the release, attorney and victim’s advocate Vince Finaldi describes a long history of "criminal sexual activity" at the prestigious private high school.

"The Bishop’s School is a prestigious institution which charges parents more than $37,000 per year in tuition. They advertise their affiliation with the Episcopal Dioceses as a way to assure parents of the moral rectitude of the school. Yet, they failed miserably in their most basic responsibility—keeping their students safe from sexual predators.”

In May of this year, 10News reported that the school investigated numerous claims of sexual abuse at the campus. The school said that "14 alumni have come forward to report incidents of sexual misconduct."

The school also reported then that "ten different perpetrators were identified as having engaged in sexual misconduct that would potentially constitute a crime at the time of occurrence."

Tuesday's news release included a statement from the plaintiff saying they want to keep their name private per "of every victim of child sexual assault in California." The plaintiff also advises other victims of abuse to contact law enforcement.

“My message to other victims of abuse at the Bishop’s School is -- contact law enforcement. Hold your abuser accountable. Protect other children. Your privacy will be respected, and you will be believed," the plaintiff said.