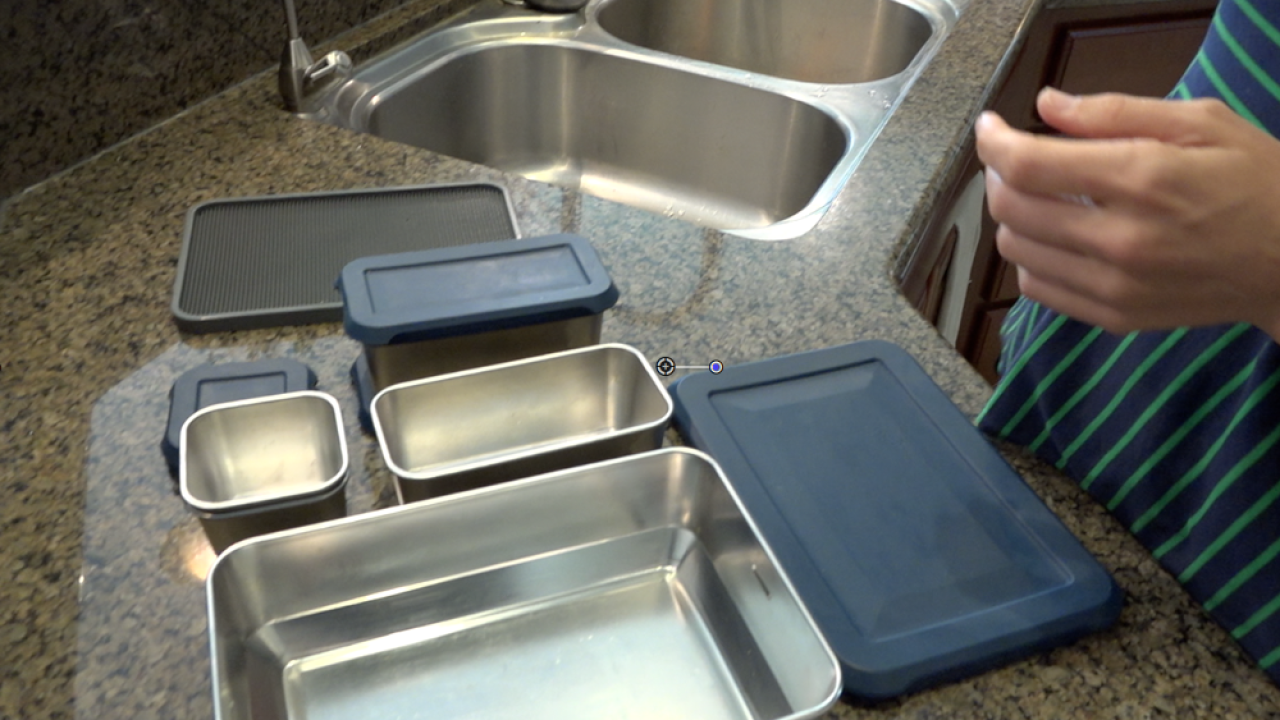 SAN MARCOS, CA (KGTV) -- Chemicals found in plastics have been linked to food safety. And because of that, entrepreneurs from San Marcos have found a way to fight the problem, and at the same time, help the environment. Jessica Bell says she battled health issues, so she and her husband came up with the idea for safer food containers.

"It just isn't the way I wanted to live my life," she says in reference to her illnesses.

So for one, she decided to eat healthier food, and at the same time, steer away from storing food in plastic containers.

"I realized I had to take out the things that were contributing to disease. Trying to avoid that contact that food has with those plastic chemicals. We want to be a force for change there.."

And the action she took was forming a company with her husband called ReVessel.

"The idea of a container that can be transported and have all these modular features."

Made of stainless steel and silicon, the food storage kits, as they are called, were developed with the help of deep sea engineers. and with one top priority.

"Leak proofing," she says. "it's an opportunity for people to carry their lunch anywhere, whether it's in a backpack or purse."

But there is more to these storage kits, as they are also environmentally safe.

"The average number of sandwich bags that children are carrying is about four, and that's daily. Most of them are ending up in the landfill."

Jessica calls her kits, "storage anywhere food ware", and with the COVID-19 pandemic, they've teamed up with local restaurants and farms, to deliver healthy food in the kits, to front line workers.

"We put together over 200 meals, and we sent these out to front line workers. They can keep these containers and reuse them. We looked at this as a way we could donate meals to our front line healthcare workers, where health really starts."