Mount Laguna could get one foot of snow.

SAN DIEGO (KGTV) - San Diego County is in for a final round of rain and cold temperatures on Tuesday, with heavy snow dropping in the mountain areas and hail possible in some parts of the region.

NWS forecasters say snow levels are expected to fall later in the day from 4,500 feet to as low as 3,000 feet. Communities like Julian and Ranchita could see up to 6 inches of snow, while as much as 15 inches of snow is a possibility for Palomar Mountain, Mt. Laguna and Lookout mountain.

Forecasters are warning San Diegans traveling in the mountain areas to drive with caution due to the icy conditions. Drivers are being asked to be equipped with chains.

For inland parts of the county, 10News Meteorologist Megan Parry’s forecast calls for on-and-off rain throughout the day, with some periods of heavy rain expected. Combined with the low-for-San Diego temperatures, some hail is a possibility.

The storm is expected to move out of the San Diego area by Wednesday afternoon, making way for dry conditions until more showers arrive Saturday. 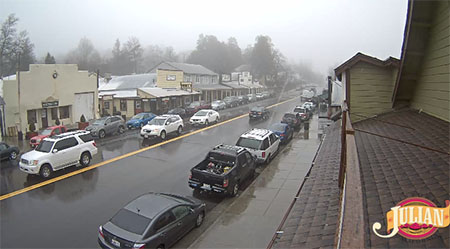 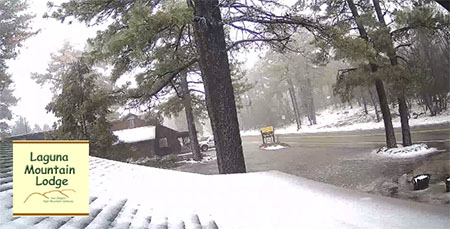