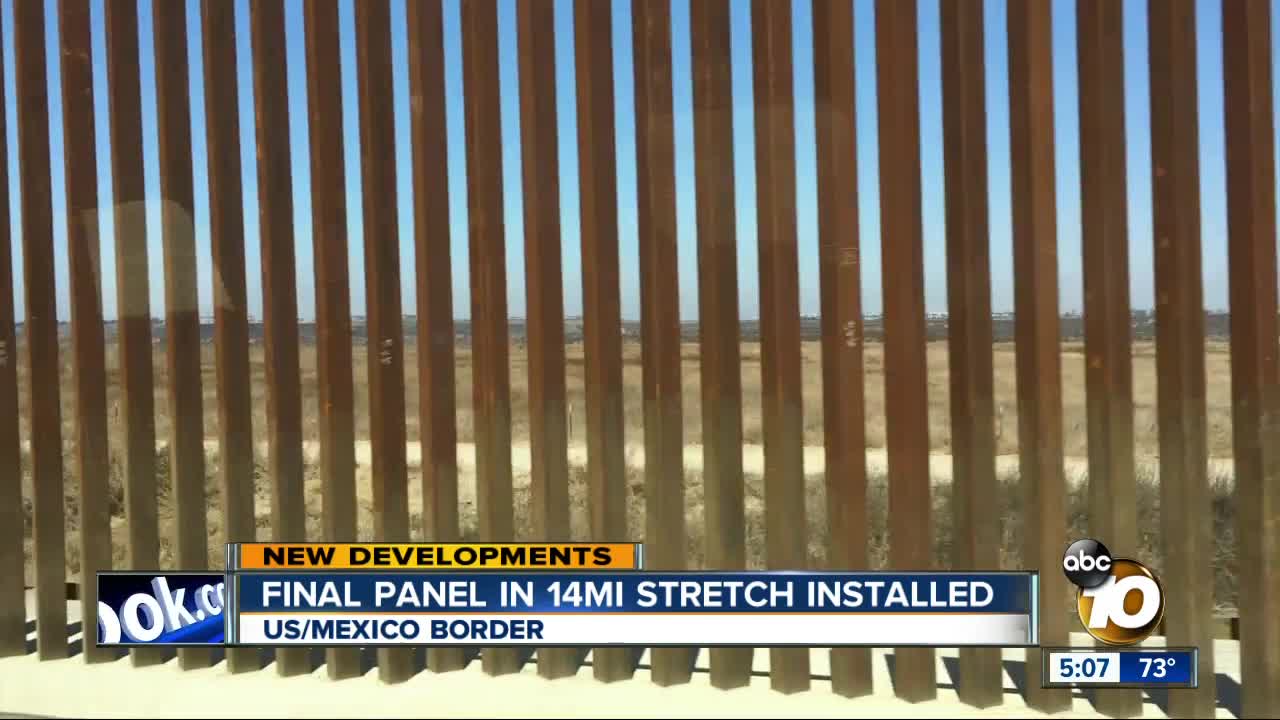 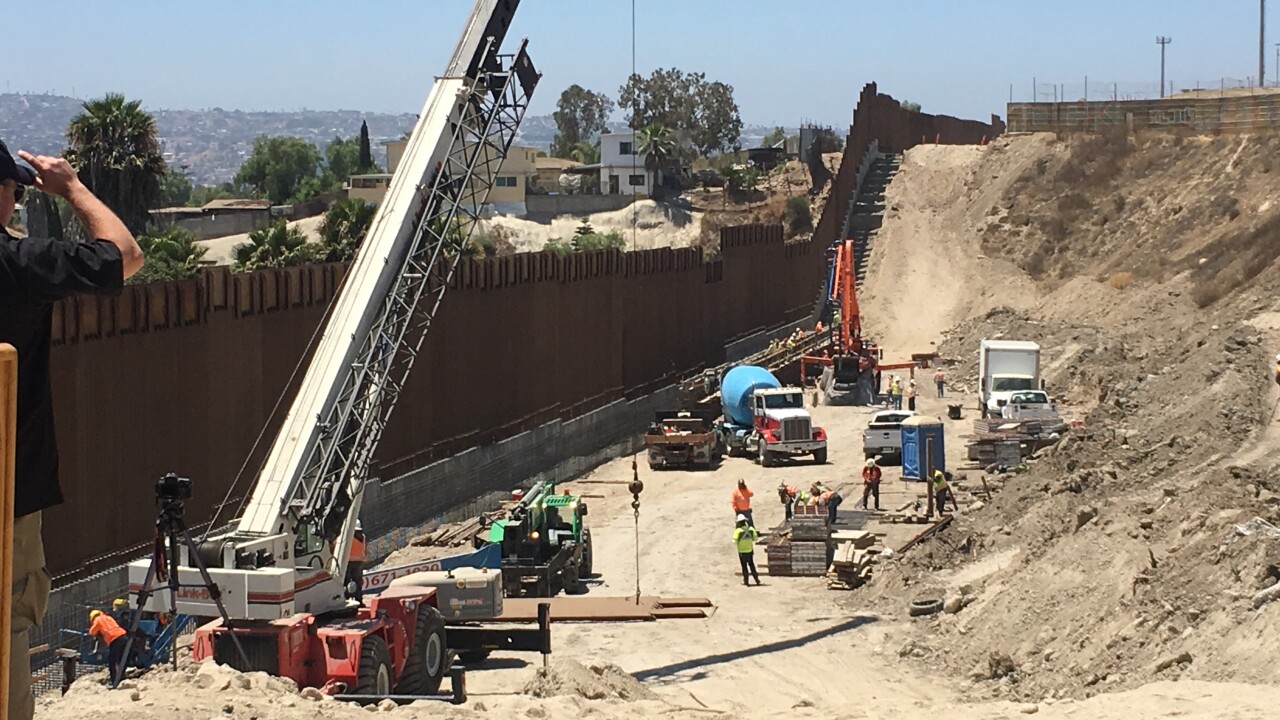 SAN DIEGO (KGTV) - The final panel of a 14-mile stretch of the Primary Border Wall project was installed Friday, marking a turning point for U.S. Border Patrol, according to Border Patrol officials.

Now there is more updated fencing in place compared to aging infrastructure. The stretch of new fencing replaced stamped steel, that's easy to climb, originally installed in the 1990's.

The 18-30-foot steel bollard stretches a quarter of a mile from the ocean, to Otay Mountain. The old wall was breached more than 1,700 times, according to Border Patrol officials.

"Any upgrade we can get we'll take, this wall's been around for 30 years," Border Patrol Public Affairs Officer Theron Francisco said.

The transparent feature of the new wall, vital for Border Patrol agents. Fiscal year to date, 149 incidents were reported, compared to 72 last year.

Last April migrants hurled rocks at San Diego Border Patrol officers, shattering their Jeep's window. In June a Border Patrol agent in Calexico was hit in the head by a rock about the size of a softball.

RELATED: Artists install seesaws at border so kids in the US and Mexico could play together

"With a wall like this it will create more of a deterrent. With that, it means less agents have to field a certain area," Francisco said. He said that means an area with seven agents could go down to two or three.

Border patrol is working on two other projects, one in Tecate that's a four mile primary fence and another that's stretches from the ocean to Otay Mountain as a secondary wall. Both projects are expected to be completed by 2020.