Fierce battle over classifying employees in California close to a vote 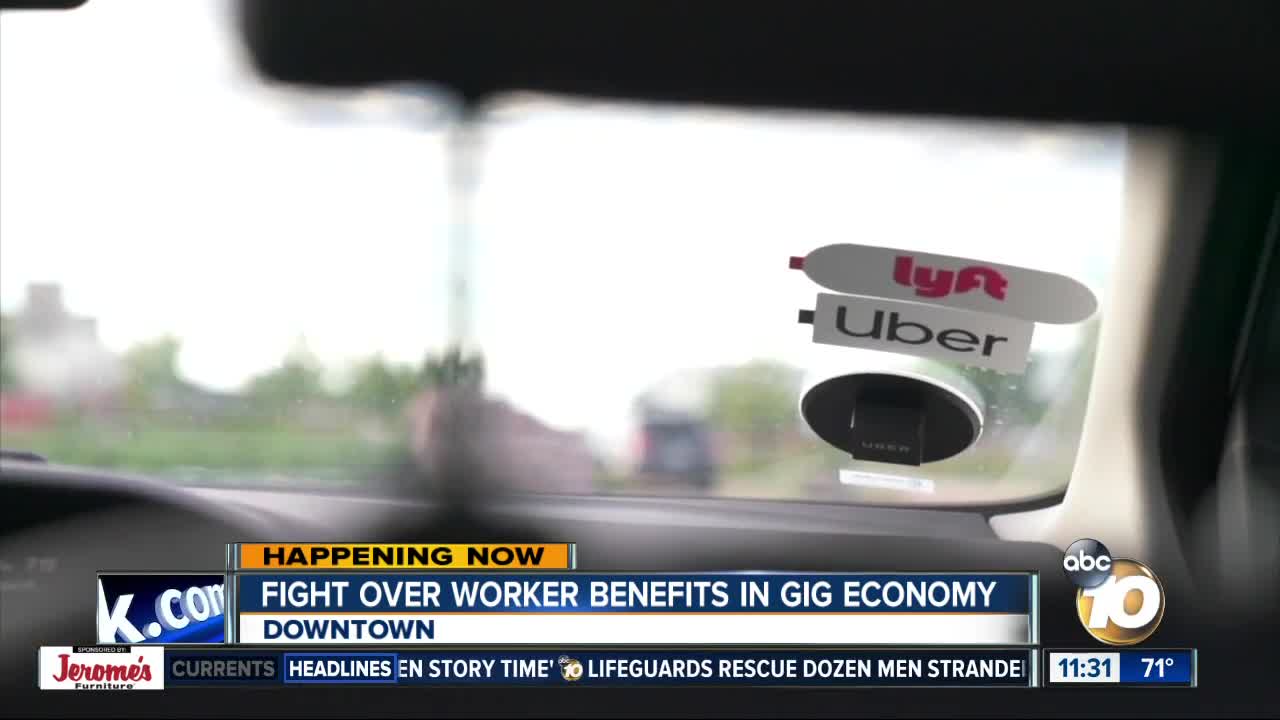 There's a battle happening in California as tech companies are fighting a state bill that would make turn independent contractors into protected employees.

(KGTV) - There's a battle happening in California as tech companies are fighting a state bill that would make turn independent contractors into protected employees.

Assembly Bill 5 is in the state Legislature right now and could be voted on as early as Tuesday.

On Monday, a small number of rideshare drivers held a rally outside of the WeWork building in downtown San Diego to say they don't want AB5 to pass.

Rideshare drivers, newspaper delivery workers, Amazon delivery drivers, and potentially almost anyone who works as an independent contractor are at the center of the battle over the state's "gig economy."

AB5, authored by Assemblywoman Lorena Gonzalez Fletcher, would require companies, including tech giants like Uber and Lyft, to classify their independent contractors as employees. The bill would also secure protections like minimum wage, overtime and workers compensation for millions of workers.

In the case of rideshare companies, opponents of the bill argued that the requirements would put thousands of drivers out of work, leading to longer wait times and higher costs passed on to consumers.

“This is just another example of scare tactics by the billionaires on Wall Street. There is nothing in AB5 that prevents gig companies from operating a flexible business model in California, but it’s in their financial self-interest to put their corporate profits over the rights of working Californians. If a multi-billion-dollar company can’t follow basic labor law even though they insist on paying their top management tens of millions of dollars, the only threat to their business is bad management.”

Gov. Gavin Newsom has said he will sign the bill if it passes the Legislature.