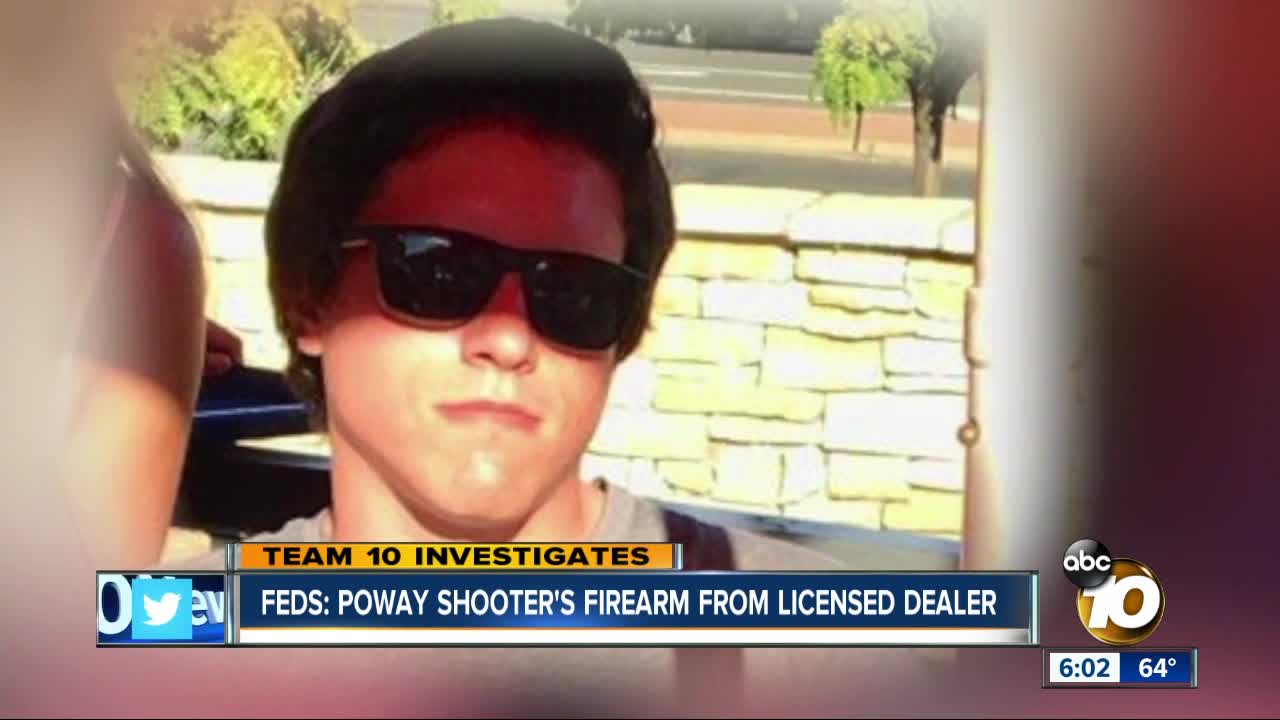 Federal investigators say the shooter behind a deadly attack at a Poway synagogue purchased his gun through a licensed San Diego dealer.

SAN DIEGO (KGTV) - 10News is learning more about how suspected Poway shooter John Earnest got the weapon. On Thursday, investigators revealed that they believe he got his rifle from a licensed dealer.

In federal documents released on Thursday, prosecutors report, “The firearm was manufactured by Smith & Wesson in Princeton, Illinois and shipped to Springfield, Massachusetts where it was assembled. The firearm was ultimately transferred, via Fort Worth, Texas, to a Federal Firearm Licensed (FFL) Dealer in San Diego, California, which sold the firearm to Earnest. Earnest picked up the rifle on April 26, 2019.”

That was the day before the shooting.

In a press conference on Thursday, Southern District of California U.S. Attorney Shane Harrigan told reporters, “I can say that there is no allegation that the defendant violated federal law when he acquired the rifle that he used in the violent attack on the synagogue.”

Questions still remain as to whether state law was violated. Earnest is only 19 years-old.

California law requires that adults be over 21 years-old before they can buy a firearm, unless they have a hunting license, are current or former military, or are in law enforcement.

Prosecutors wouldn't comment on whether Earnest had a hunting license. “That allegation isn't in the complaint but please understand that as the criminal process moves forward, more information may be available to the public,” added Harrigan.

District Attorney Summer Stephan originally said that the rifle had been obtained legally, but when pressed on Wednesday by 10News, she didn't provide a clear answer. “I don't want to [comment any further] because it's a pending case,” she said.

At Thursday’s press conference, a reporter asked the federal prosecution about when Earnest purchased his 60 rounds of ammunition. Harrigan replied, “We’re limited to the allegations in the complaint. I hope you understand. I think more information may be forthcoming.”