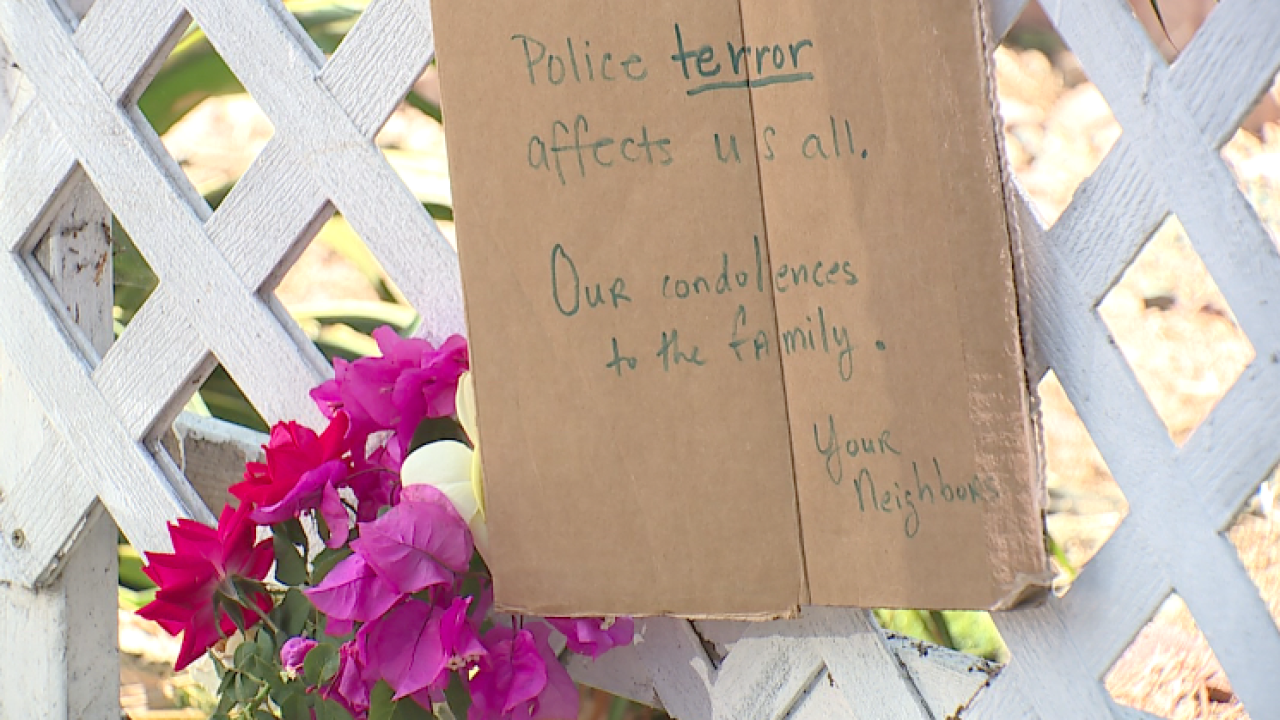 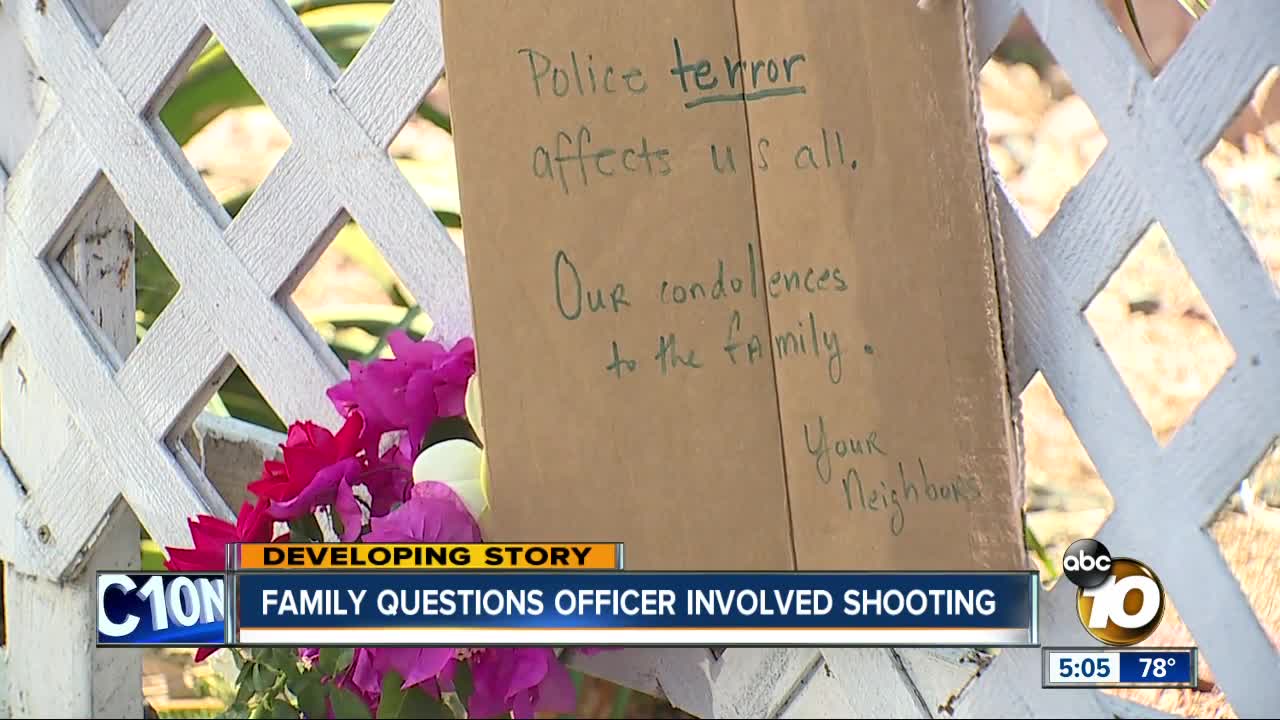 San Diego (KGTV)- Family members of a man shot and killed by police in El Cerrito are demanding answers. Witnesses told police they saw the man swinging a shovel at officers before shots were fired.

The family says the man had a mental illness. The aunt who called police Saturday night tells 10News she called 911 so officers could help get her nephew to a mental health facility.

“We all call police for help,” says Grace Carolino. She says she’s still in disbelief that her cousin was shot and killed over the weekend. “It’s really bothering our family what happened because he’s not a threat.”

Police said when they arrived at the home on Adelaide Avenue the man resisted arrest. Officers used a taser on the man. Witnesses say the man was swinging a shovel at police. Then another officer fired shots.

“I can not imagine how the police officer used deadly force,” says brother Anthony Carolino.

According to the District Attorney’s office, between 1993 and 2017, 79 percent of officer-involved shootings had some evidence of drug use or mental health concerns.

Just last week, Governor Newsom signed a new law requiring officers to use every non-lethal option. But the Carolino family says that wasn’t the case over the weekend.

“We have the taser; we have the pepper spray, we have the canine unit, we have a police negotiation team. Those things are not here.”

The family says they are hoping this doesn’t happen to another family.

10News reached out to the San Diego Police Department to ask if they were aware of the man’s mental illness, the time frame of when the taser and gun were fired and how long officers were there before the shooting. We are still waiting to hear back.