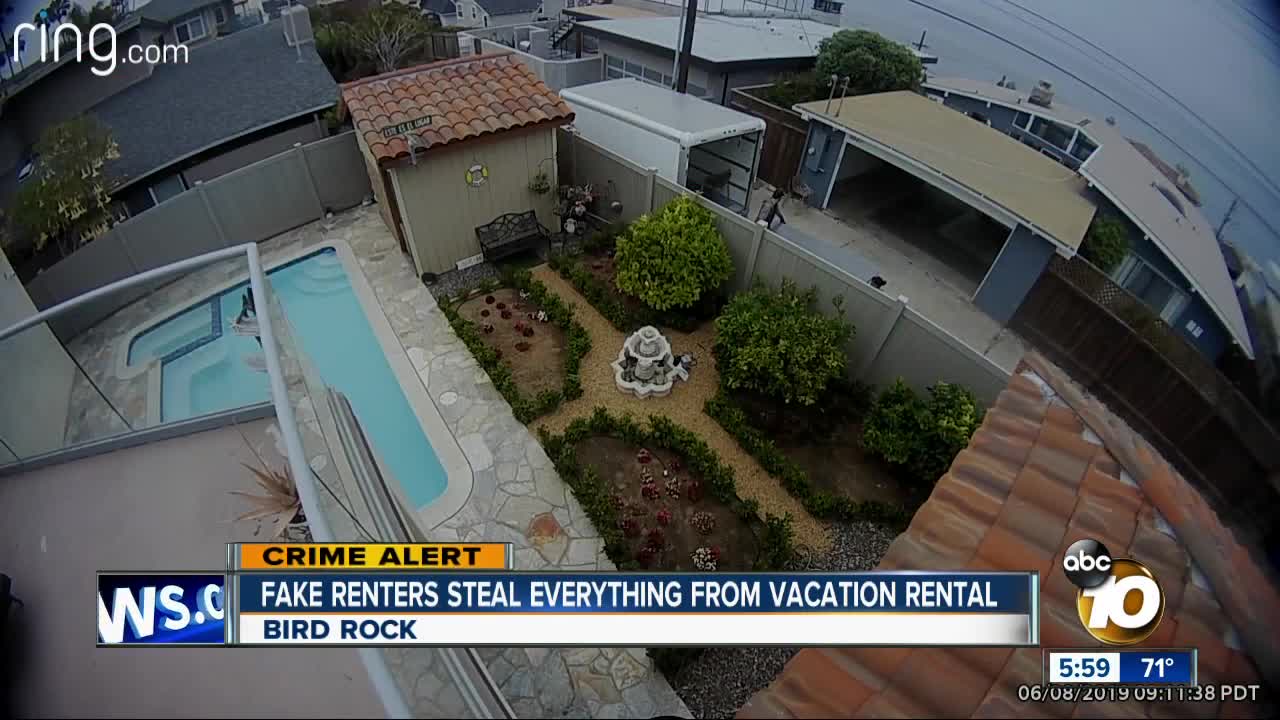 A warning for all homeowners after what looked like a yard sale turned out to be an elaborate theft. 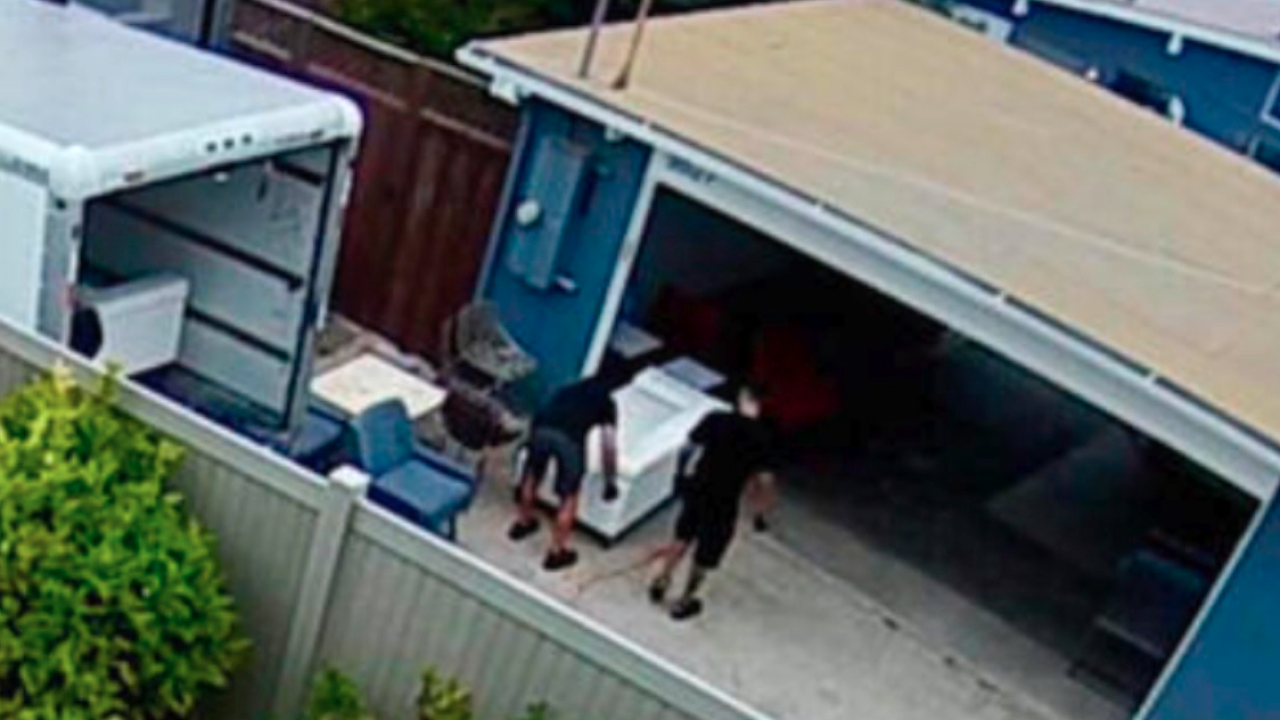 SAN DIEGO (KGTV) -- A warning for all homeowners after what looked like a yard sale turned out to be an elaborate theft.

Several men staying in a vacation rental near La Jolla pulled up in a moving truck, stealing everything inside.

Surveillance cameras caught men moving things through a Birdrock-area garage and into a truck, but the men aren’t movers.

They were reportedly staying in the vacation rental, but according to the homeowner had checked in using fake credentials, fake credit cards and fake IDs.

"As soon as I found out I went and told all of my employees, and will definitely spread the word that there is a crew going around doing something like this,” said Tyler Trowbridge, a contractor at Trowbridge Custom Floors.

Trowbridge is a contractor working in the neighborhood. He’s had tools stolen while working at home and knows how the homeowner is feeling.

"You don't wish it upon anybody, it's their personal belongings and their home was invaded. It's a breach of privacy and an invasion in your world."

In this case, it wasn’t small belongings either. The owner says the men cleared the place out, taking everything from furniture and TVs to the stove.

"When I talked to the actual owner, it was a lot more intense than I thought."

What’s more, the owner says meth was left inside. "The fact that there were drugs in the house too, leads me to believe that it might happen again too."

La Jolla Vacation Rentals is the property manager. 10News asked them for an interview, but they wouldn’t do it.

The homeowner and a contractor warning the neighborhood to watch out.

"It's just sad that there are people out there that take advantage of these situations."