Explosive SDGE training conducted in fake town to save lives 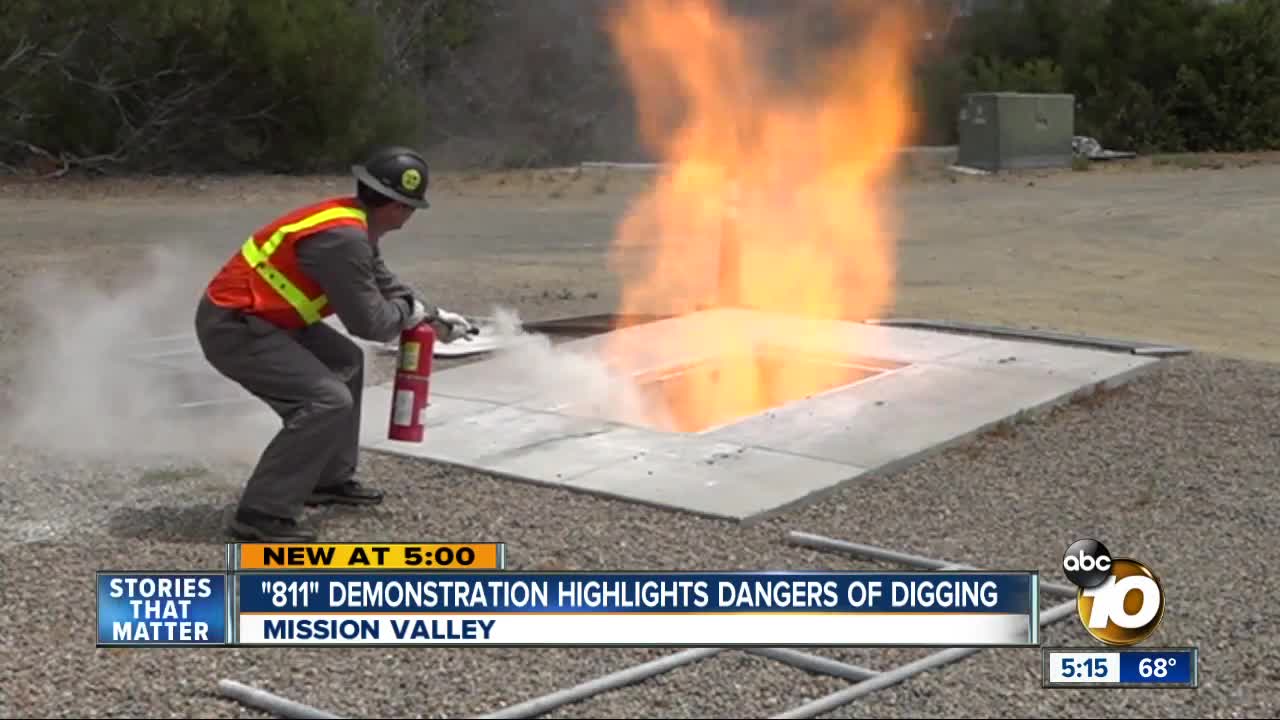 Explosive SDGE training conducted in fake town to save lives. 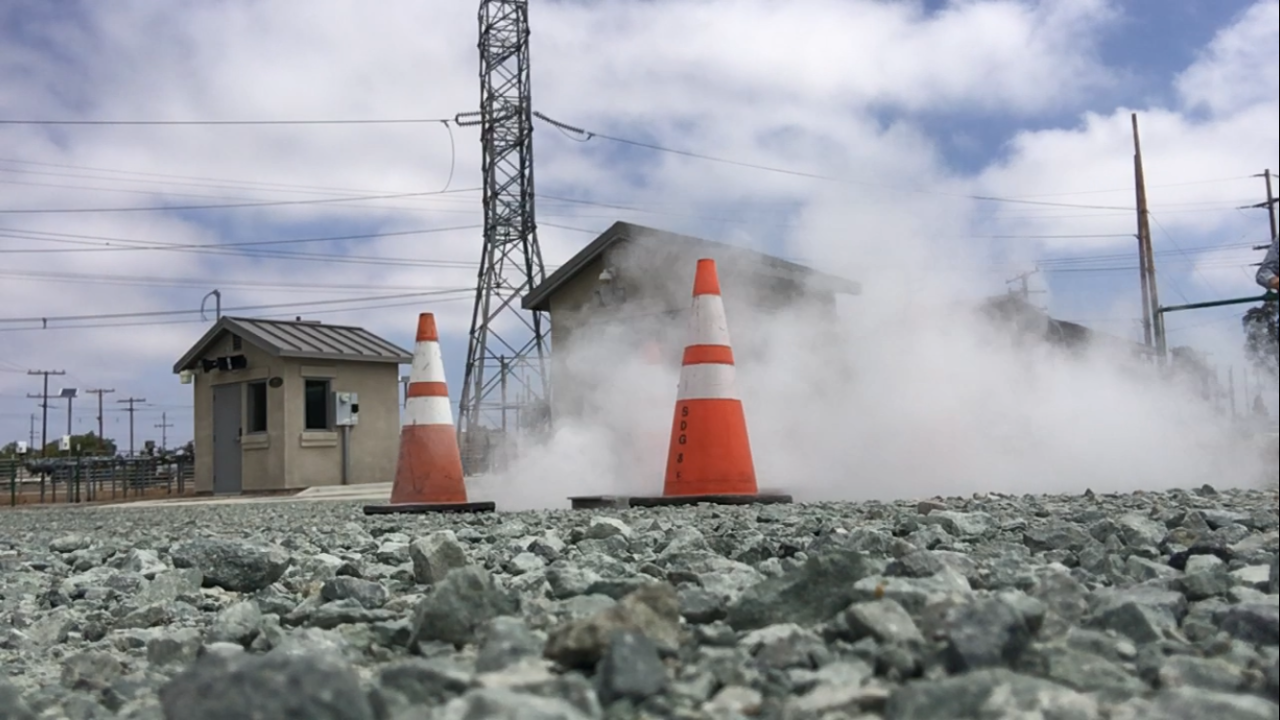 SAN DIEGO (KGTV) - Explosions in a fake Mission Valley city teach the public and West Coast gas employees how to save lives.

Training Supervisor Scott Hazlett says it's as easy as calling 8-1-1 two days before you plan to do any digging on your property.

The importance highlighted after a Murrieta home exploded Monday from an ignited natural gas leak, killing one man and forcing four families out of their homes.

"There's a lot of potential sources of ignition, cigarette liters, cellphones, cameras, drones anything like that can actually you know ignite the gas, and create what you saw here today," Hazlett said after demonstrating what 60 lbs. of natural gas pressure lit on fire looks like. Onlookers described it as a fireball, with heat radiating feet in all directions.

The lines are generally between two and three feet underground. "I wouldn't say anyone's safe... Anytime you're moving the earth other than with your hand any kind of shovel, you need to call that number," he said.

An SDGE employee will come out within two days after the call, mark where the natural gas lines are around your property, and do it all for free.

Hazlett said accidents happen often and the number of calls for repairs skyrocketed in 2018. "Last year we had almost 300 that's almost one every single day," he said.

He pointed at a display showing various ways pipes were punctured, stakes for Concrete pouring, rebar, a tree root, and a piece of heavy digging equipment raked a steep pipe.

Any of those breaks could produce the tragedy that happened in Murrieta.