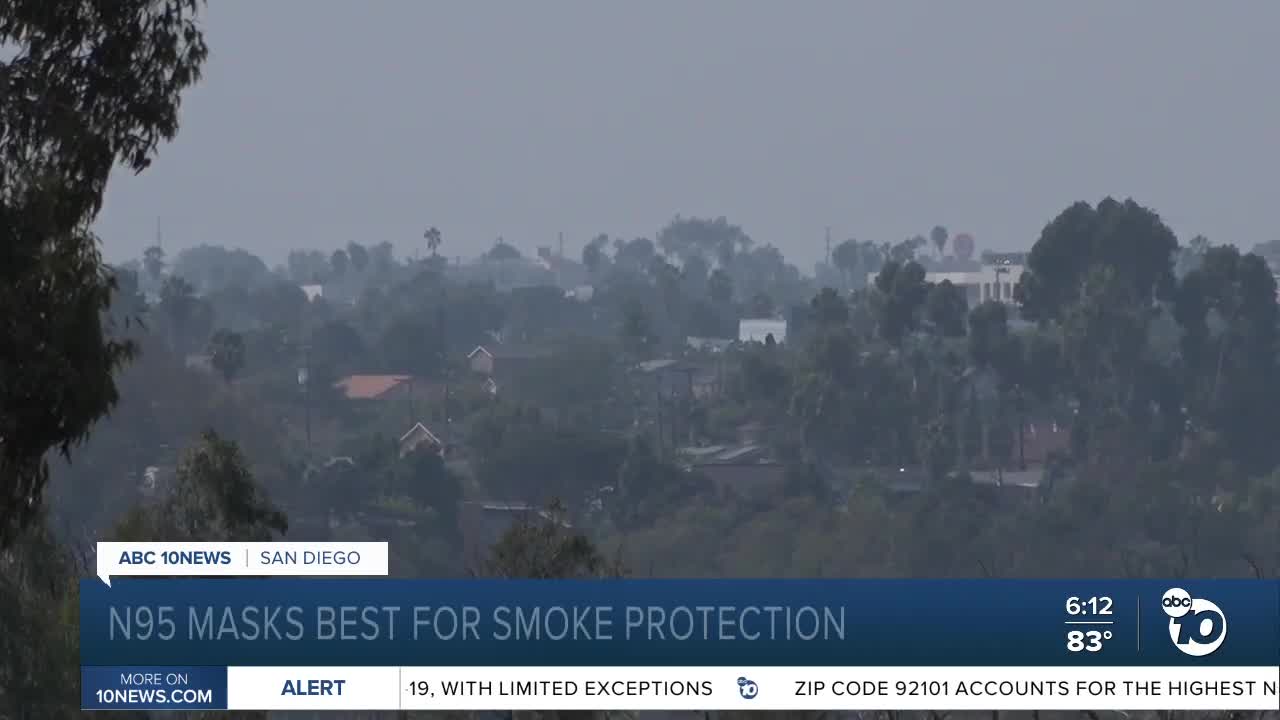 Wildfire smoke from west coast fires is moving into areas like Southern California, creating a haze and air quality dangers. 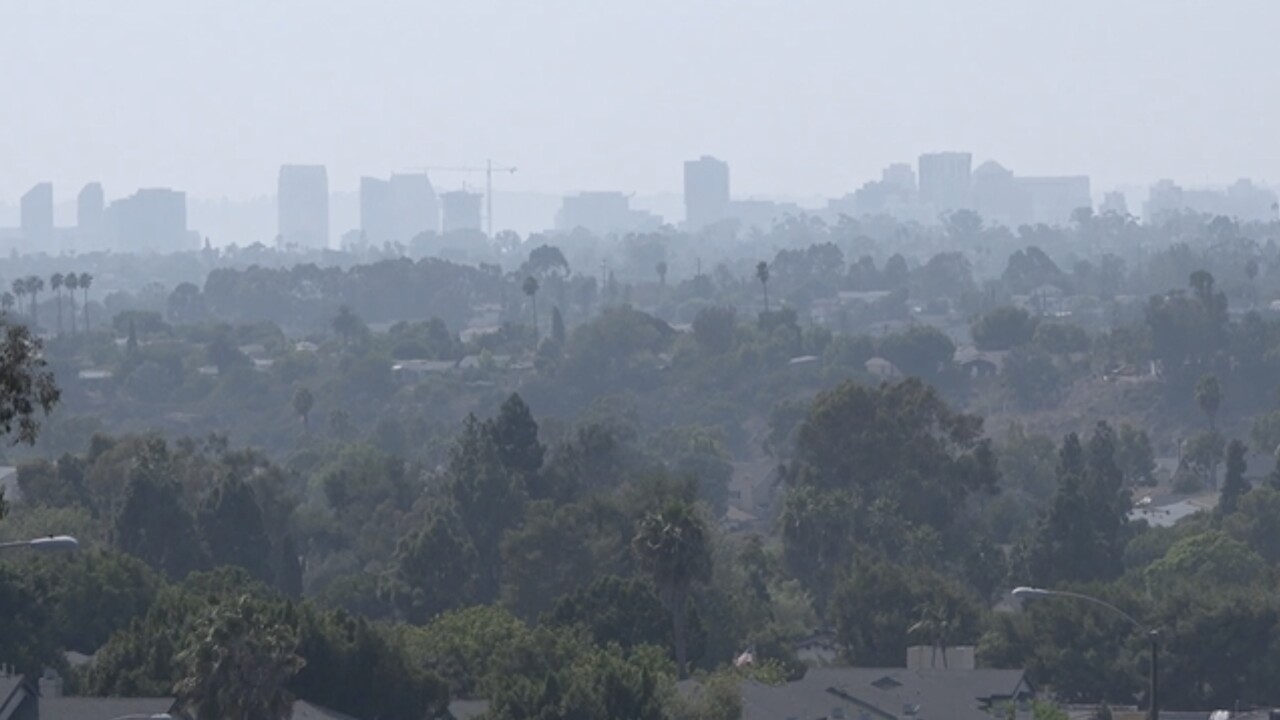 SAN DIEGO (KGTV) — The threat of coronavirus still is looming and combined with a new problem of bad air quality from west coast wildfires, means there are now more reasons to wear masks, but not all masks will protect against both.

The CDC currently recommends the public wear masks with two or more layers over their nose and mouth to stop the spread of COVID-19. In regards to the particulate matter in the air because of wildfire smoke, the cloth coverings are not enough protection.

“If you’re wearing a cloth mask for COVID, it doesn’t necessarily mean you’re protected from those microscopic smoke particles that can still be breathed in,” said Robert Reider, Interim Director of the San Diego Air Pollution Control District, or SDAPCD.

Reider said the air in Southern California has been some of the worst in the world through the past week. This is because of the multiple wildfires burning in Northern California, Oregon, and Washington. The winds are pulling the smoke south and it’s settling in places like San Diego, creating hazy and unsafe conditions.

Reider said the winds are expected to shift around Friday, meaning the haze should clear after that.

In the meantime, Sharp Rees-Stealy physician Jyotu Sandhu said N95 masks are the best protection against wildfire smoke. He added that individuals should assess their own health when determining how seriously they need to take the smoke. People with lung or breathing issues like asthma and COPD should be more aware of the smoke.

The SDAPCD issued a Wildfire Smoke Advisory because of the impacts. The air quality will range between "moderate" and "unhealthy for sensitive groups" through Thursday.

Sandhu said he’s had patients asking if it’s safe to exercise in the smoke. He said if a person is healthy, they can go outside but should consider spending less time outdoors than usual. For example, if a healthy person runs outside for an hour a day, it might be smart to cut that time in half and only run for half an hour in the smoke. He said if possible, exercising indoors is safer than outside while the smoke persists.