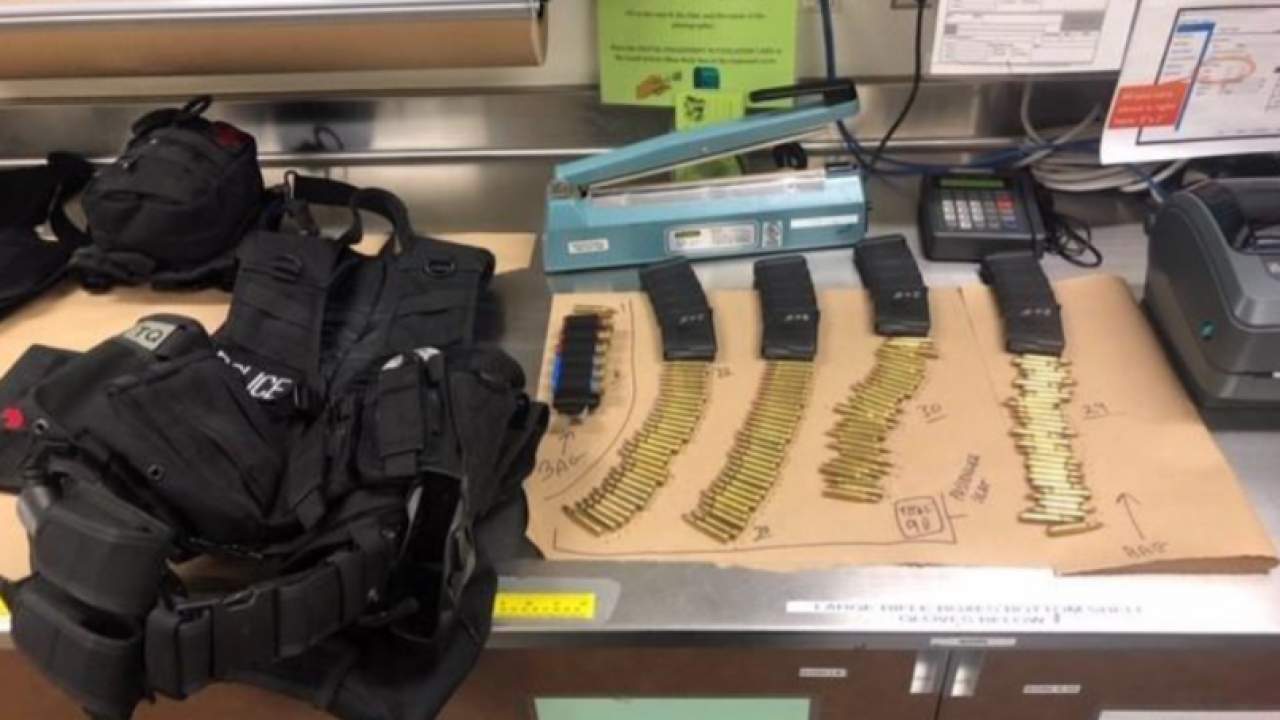 ESCONDIDO (KGTV) -- Escondido police arrested a man with prior criminal convictions Thursday after they found him passed out in his vehicle wearing a ballistic vest and loaded rifle magazines in his front passenger seat. He also had other weapons and police gear he'd allegedly stolen from a law enforcement officer in San Diego, authorities said.

According to a release from Escondido Police Department, officers found the man after a caller reported him passed out around 1:10 a.m. outside the 7-Eleven on West Ninth Avenue. The caller said the man was likely under the influence of drugs and did not respond to attempts at waking him.

When officers arrived on scene, they recognized the man as 30-year-old Thomas Vann, who has prior criminal convictions. He was wearing a ballistic vest with loaded rifle magazines that were "plainly visible" on the front passenger seat.

Officers were able to wake Vann and detain him. They searched his vehicle and found four fully loaded rifle magazines, 126 rounds of rifle and shotgun ammunition, and stolen police gear, including a tactical vest, a duty belt, a medical kit, and handcuffs.

Officers determined the police gear was stolen Wednesday from a law enforcement officer in San Diego. They also found 392 grams of methamphetamine and 78 grams of heroin.

Vann was arrested and booked into the Vista Detention Facility on numerous drugs, weapons, and stolen property charges.