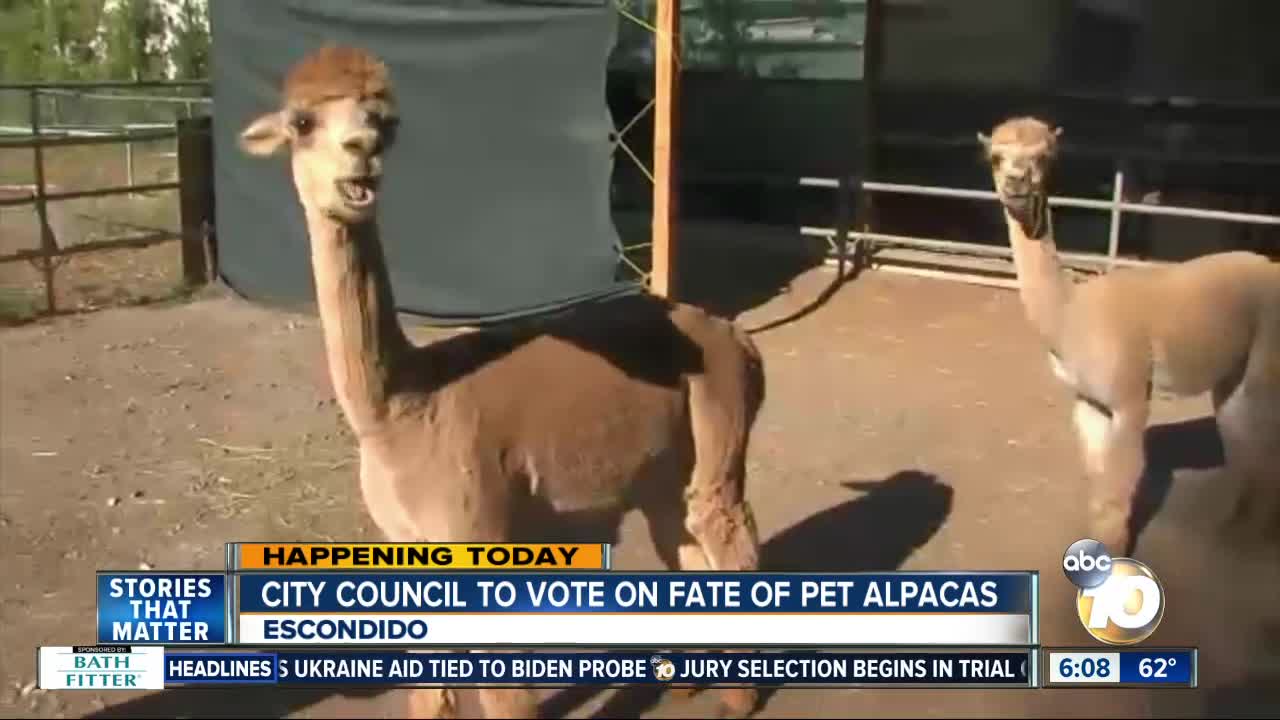 The future of two alpacas living in an Escondido couple’s backyard is set to be decided at a Wednesday evening city council meeting.

ESCONDIDO, Calif. (KGTV) -- The future of two alpacas living in an Escondido couple’s backyard is set to be decided at a Wednesday evening city council meeting.

Kelly Thor’s two alpacas, Bubba and Einstein, were the subject of a neighborhood noise complaint earlier this year. While Thor said they are usually calm, she admitted that they do scream when they are startled.

Thor said she was under the impression that Escondido zoning laws permitted the alpacas when she and her husband first moved into the neighborhood, but the city’s Code Enforcement told her the animals were not allowed.

Since then, Thor has fought to keep Bubba and Einstein with her. She proposed an amendment to the city’s zoning ordinance so it will include alpacas under the miniature horse category.

In early October, the city’s Planning Commission voted in favor of Thor’s proposal, sending the decision to the full city council.