Encinitas paralympian keeps her sight on Tokyo games in 2021 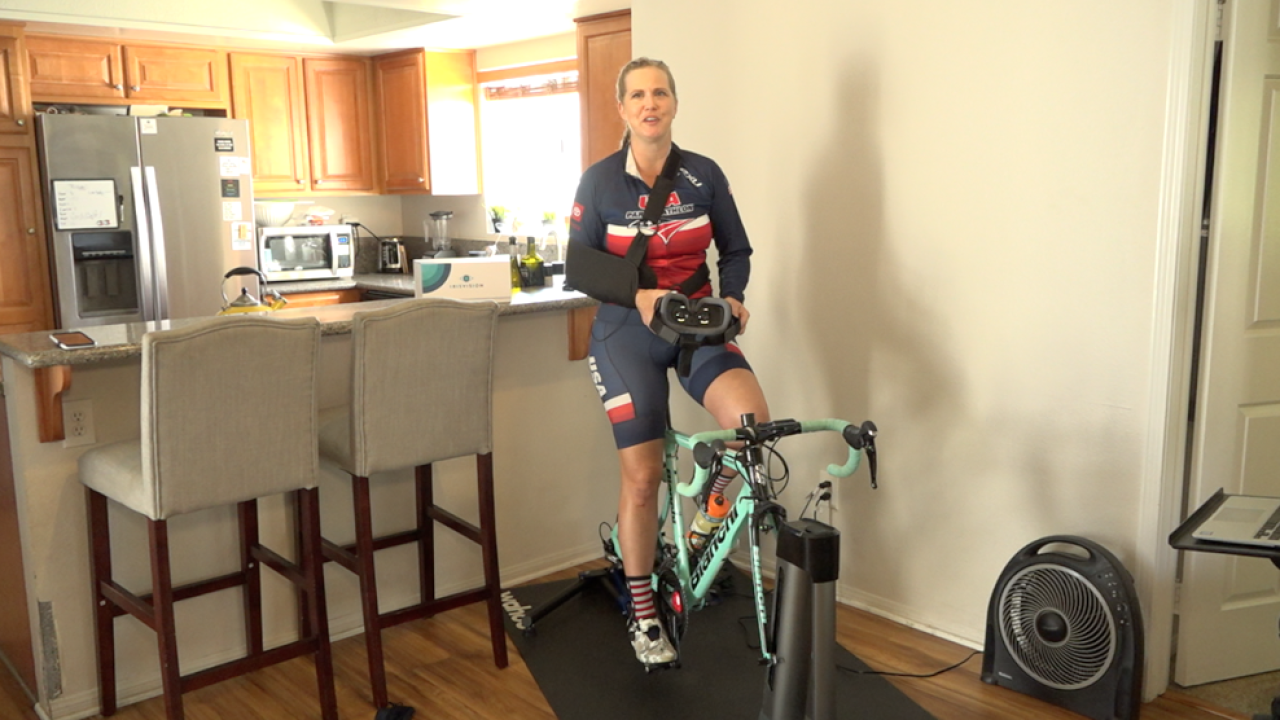 ENCINITAS, CA (KGTV) -- Encinitas resident Amy Dixon was always an avid athlete growing up in Connecticut, but in her 20's, her life would change forever.

She noticed while working at a restaurant, she kept bumping into things, and later became very concerned when she fell down the stairs at her home.

She says her vision was fine when looking straight ahead, but was losing sight from the outside in. A doctor originally though she had a detached retina, but that wouldn't be the case.

"It was this rare disease and it was progressive. At the time they thought I was going to be totally blind within a year."

She would lose 98% of her vision, and started to think her days as an athlete were over.

"The words athlete and blind were not in the same sentence for me."

The treatment for her disease was to suppress the immune system, but the medication she was taking caused her to put on weight. That's when she started swimming, riding a spin bike, and jogging.

"Someone said your swimming, you're biking, and you're running. Have you ever thought about doing triathlons?"

She thought it sounded terrifying but fun. And not only did she give it a try, she excelled.

"I'm currently ranked number 6 in the world and number 1 in the United States."

With 98% vision loss, she has implants in her eyes to help her see. Then she was introduced to Iris Vision. A product which at first glance looks like goggles. But for Amy, it would totally change the way she trained.

"It increases my visual fields," she says. "My vision is super tiny, it's like looking through a straw. What's cool about Iris Vision, is it allows me to see my computer screen, and more importantly, I can now see my heart rate and what my speed is. I'm can now see what the prescribed workout is that my coach sent to me."

She has become a very successful triathlete, as she made the national team back in 2015. She was an alternate for the Paralympic Games in Rio in 2016. She was training for the 2020 games Tokyo when the COVID-19 pandemic hit.

"I am 44 years old and my disease is very challenging. It takes a huge team of doctors, because my eye disease is an autoimmune condition. So to get to Tokyo is pretty miraculous at my age. When everything got delayed it meant another hard year of training, and fund raising trying to cover travel expenses for me and my guide."