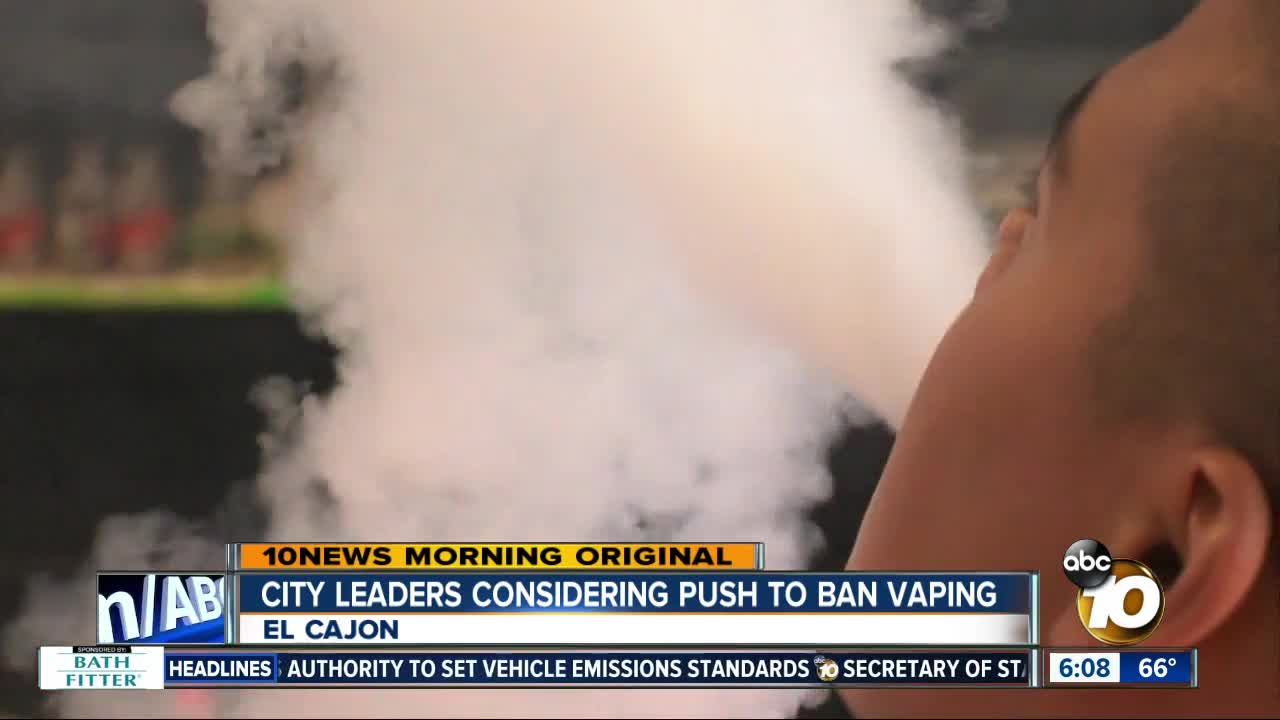 A proposed ordinance would make El Cajon the first San Diego County city to ban vaping and the sale of vaping devices.

EL CAJON, Calif. (KGTV) - El Cajon may become the first city in San Diego County to ban vaping, with the proposed ordinance coming after a seventh person in the U.S. died from an illness believed to be linked to vaping and as 450 cases of vaping-related illnesses are being investigated.

El Cajon Councilman Gary Kendrick proposed the city ban, and he is concerned with the health effects of vaping -- calling it an epidemic and a national health crisis.

The crackdown could put many vape shops out of business.

“The vape shops are profiting from the suffering of others, so I don’t care what they think,” said Kendrick.

“I want to keep our children safe,” said Kendrick.

However, vape shops are chiming in, saying the wrong information is putting people in panic mode.

According to Molly Sylvester, the owner of Vapin’ the 619, the problem is the products sold on the black market.

“Don’t buy on the street,” said Sylvester. “They are using Vitamin E acetate to dilute the product and that seems to be what is making people sick.”

Sylvester said ingredients in her products are registered with the FDA and, to be safe, consumers should only buy from legal businesses.

“We don’t want people to get sick. They deserve the right information and we deserve to have this product available to adults,” said Sylvester.

Kendrick agrees that more research needs to be done, but he still wants vaping to be banned for now.

“Out of an abundance of caution, I think it's important we set this product aside until more testing can be done,” Kendrick said.

The El Cajon City Council meeting to discuss the proposed ordinance is set for Oct. 8th at 3 p.m.

If it passes, it could go into effect in about two months.

However, if the council decides to declare a health emergency, the ban could take effect immediately.