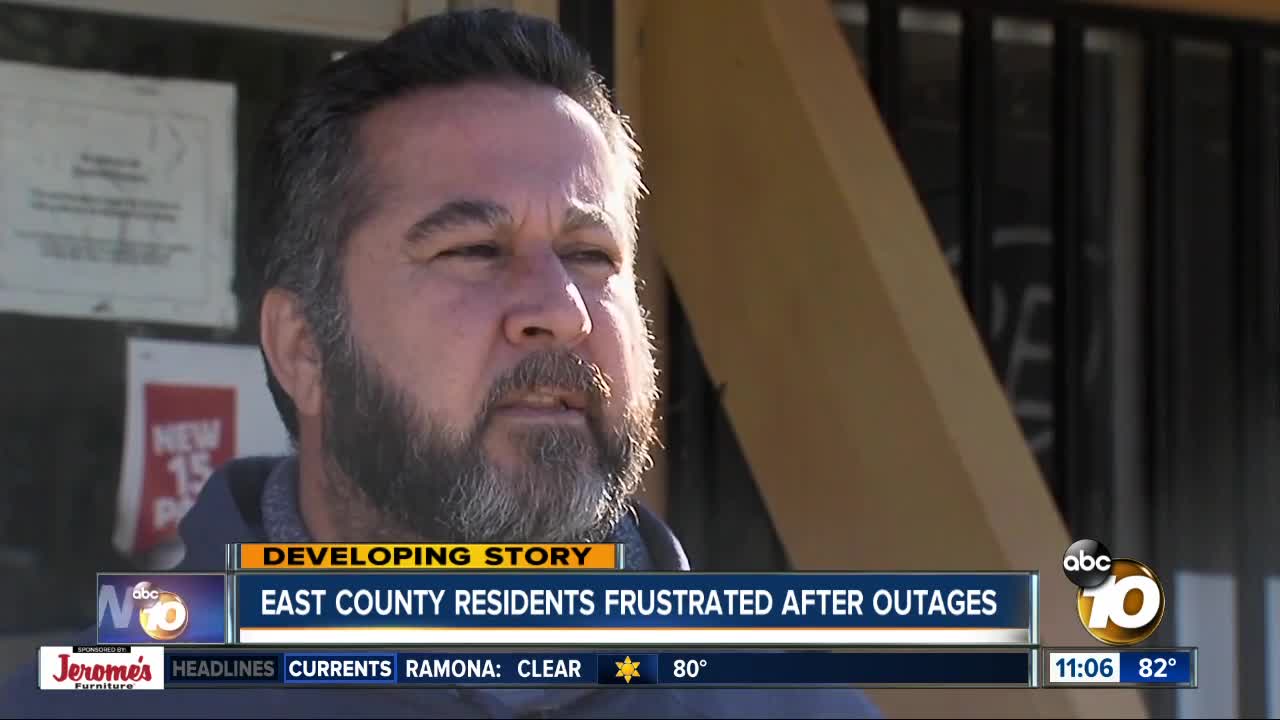 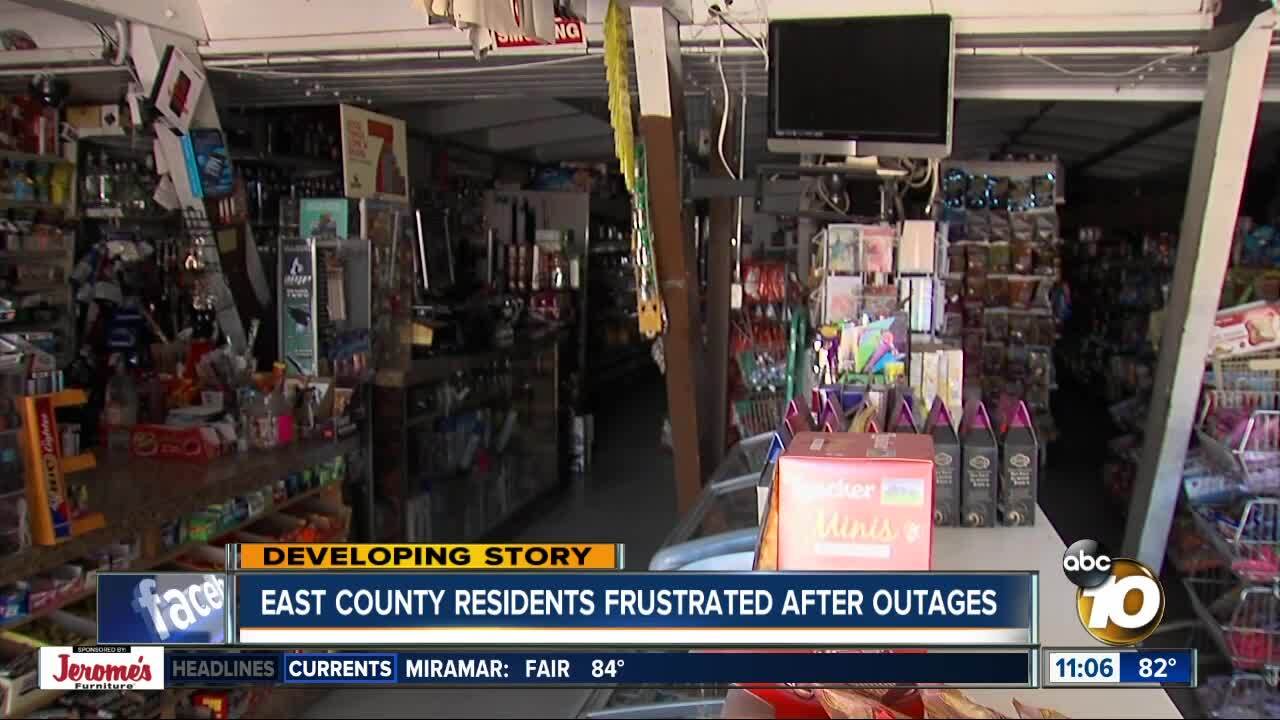 LIVE OAK SPRINGS, Calif. (KGTV)- Some residents in the Live Oaks Springs, Boulevard and Jacumba neighborhoods woke up with power. Others in East County haven't been so lucky. Residents without power say the outages happen every year, and they're frustrated.

A local store owner in Live Oak Springs says he works hard all year to keep his store running, but the recent power outage will cost him almost a year's worth of earnings.

"I lose business, I lose customers, now I lose all my stuff," says Sam Matthe.

Matthe has been running the Live Oak Springs Market for four years. He says he's had power outages for the past two years, with some going on for days.

Inside the store sits a large deli counter, freezers full of dairy items, produce, and a walk-in meat freezer in the back.

Matthe says it's frustrating because he is on a different SDG&E circuit than others in the area. Just a mile north and south, those neighbors have power.

SDG&E says some customers will have their lights turned back on this evening.