Santee Lakes visitors get out early to beat the heat 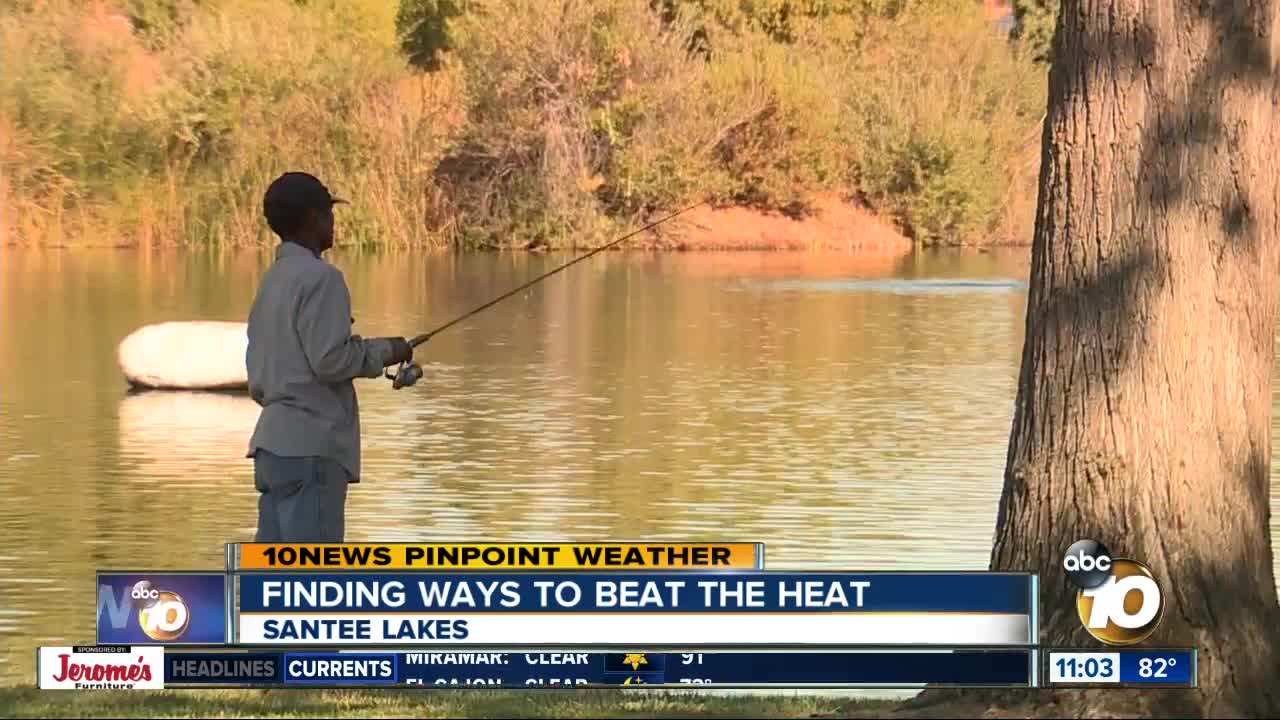 Visitors at Santee Lakes were looking for ways to beat the heat on Tuesday.

SANTEE, Calif (KGTV) — The "sprayground" was inconveniently closed Tuesday as temperatures were expected to near 100 degrees in Santee Lakes.

Not everyone agrees, and many people were out early trying to get their exercise in before it gets hot. A heat advisory is in effect until 5 p.m. Tuesday for the coast and valleys. On top of the heat, dry and gusty winds are expected in the inland and mountain areas of the county, elevating fire danger.

It was 96 degrees in Santee Monday, with a high of 98 expected Tuesday and above average temperatures all week.

In the morning, it was still cool enough to get a walk around the lake in, or participate in the other popular early morning activity: Fishing.

Frank says he uses the early morning to meditate and pray as he walks, before heading indoors to beat the worst of the later-day heat.