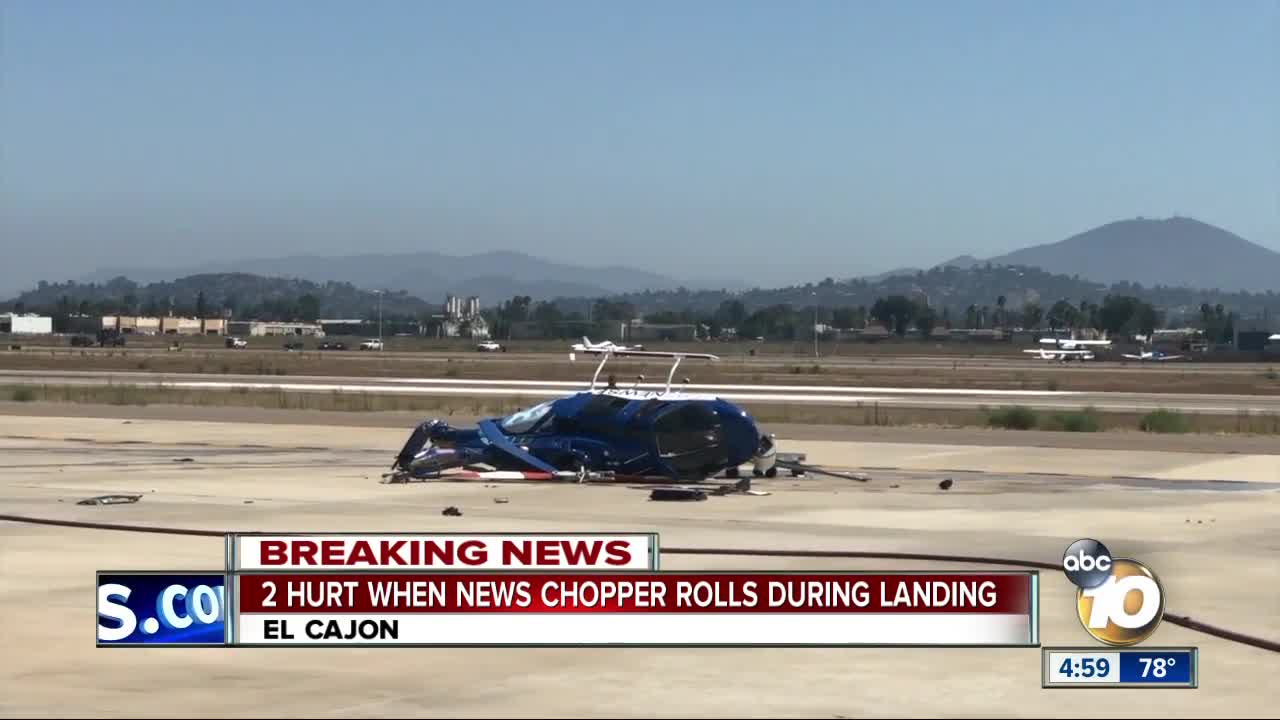 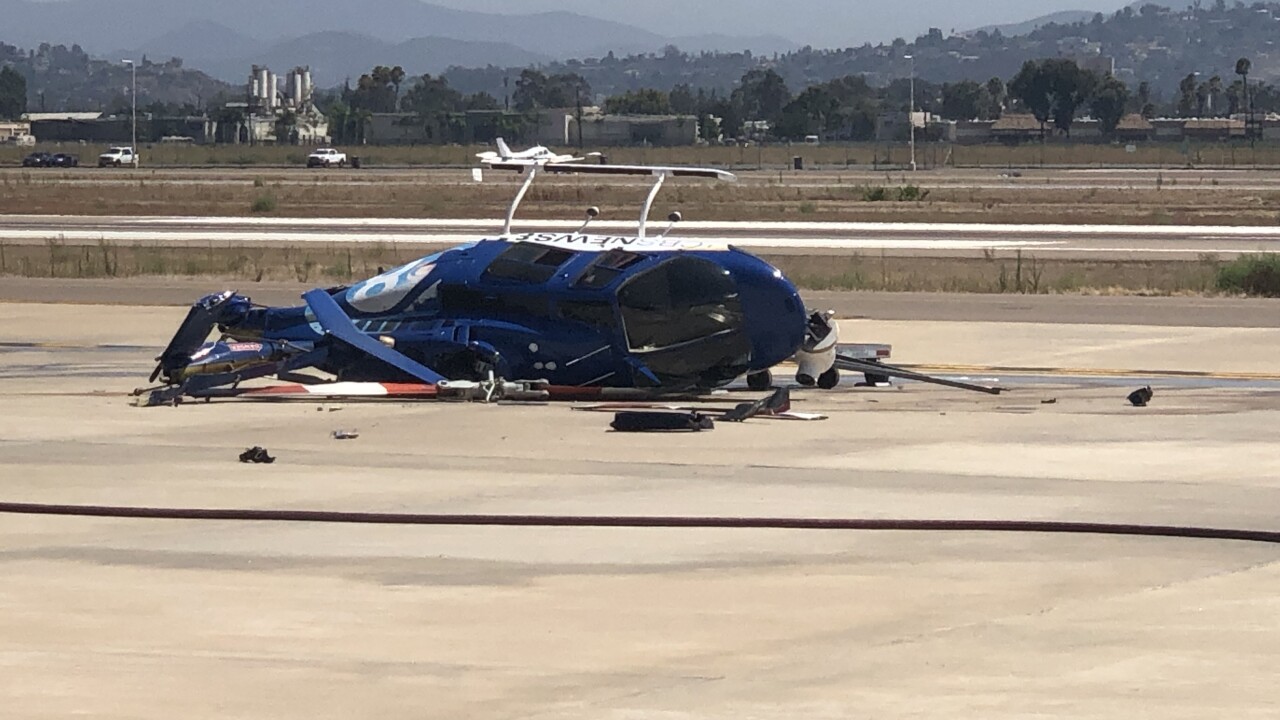 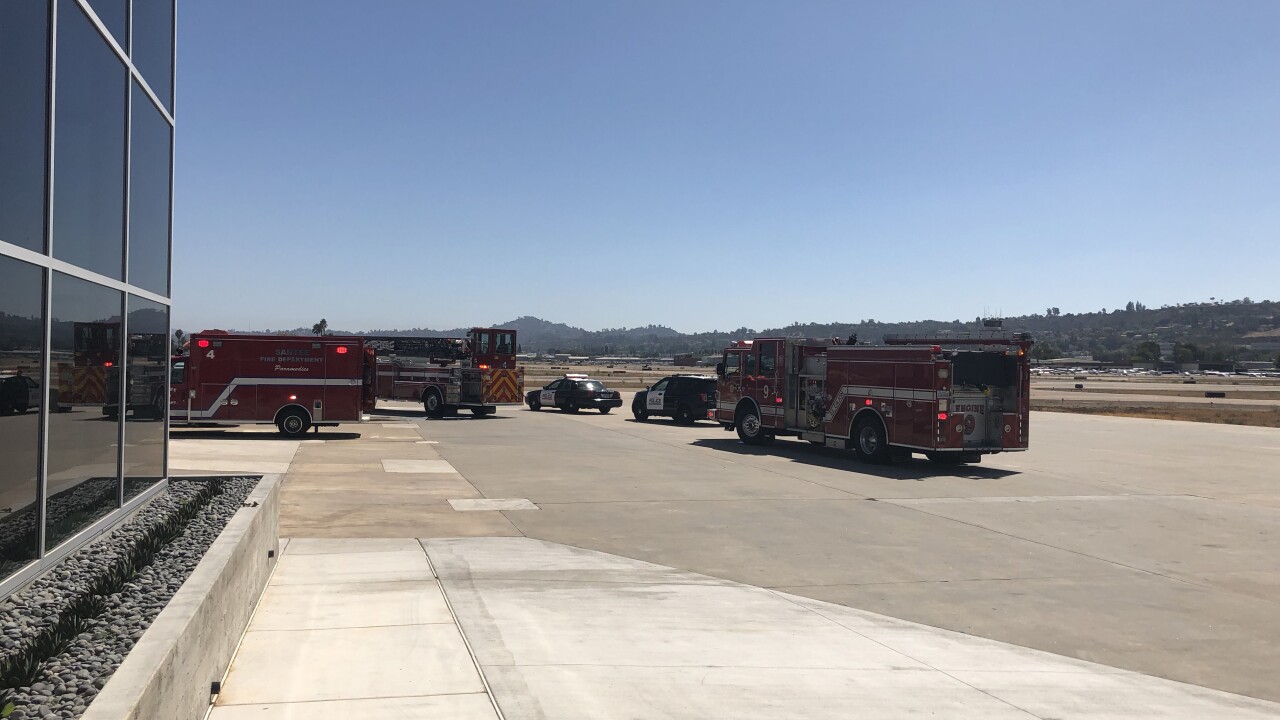 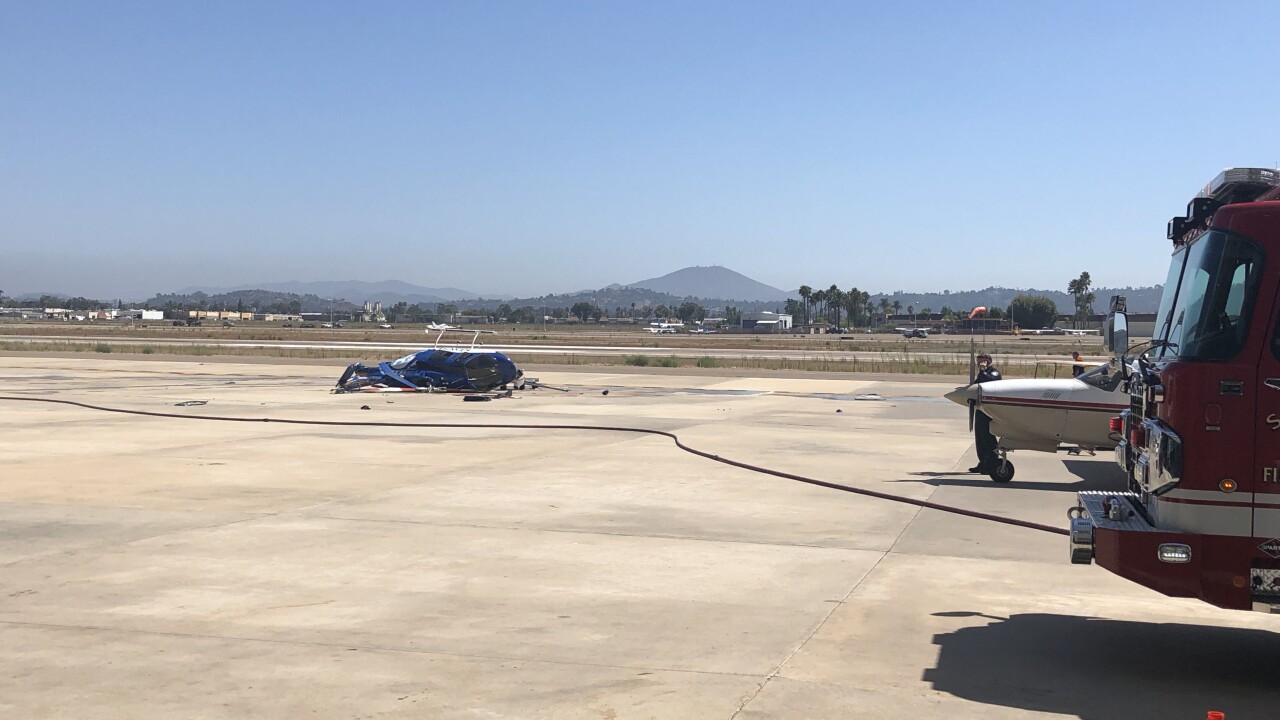 The incident with the Bell 206B helicopter was reported about 2:15 p.m. in the parking area of Gillespie Field at 681 Kenney St., Santee Fire reported.

When emergency crews arrived, the helicopter was on its side.

The pilot was not hurt but the passenger was taken to the hospital with minor injuries, officials said.

Hazardous Materials teams were notified of a small fire and fuel spill, according to the County.

"The aircraft rolled over while landing, caught fire and sustained substantial damage. The degree of damage means this will be classified as an accident," said FAA spokesperson Ian McGregor.

The FAA and NTSB will investigate the landing.

The news helicopter is operated by a third party and shared by five San Diego media outlets, including 10News.