LA MESA, Calif. (KGTV) -- A car ended up leaning vertically against a tree next to a La Mesa apartment building after a collision with another vehicle on state Route 94 early Friday morning.

The California Highway Patrol said the initial collision happened on westbound SR-94 just east of College Avenue at around 1:40 a.m.

ABC 10News learned a car was traveling at a high rate of speed when it struck another vehicle, sending it off the freeway towards an apartment complex on Waite Drive.

The vehicle rolled over several times before it came to rest against a tree, leaving three women inside trapped before responding emergency crews arrived to rescue them. 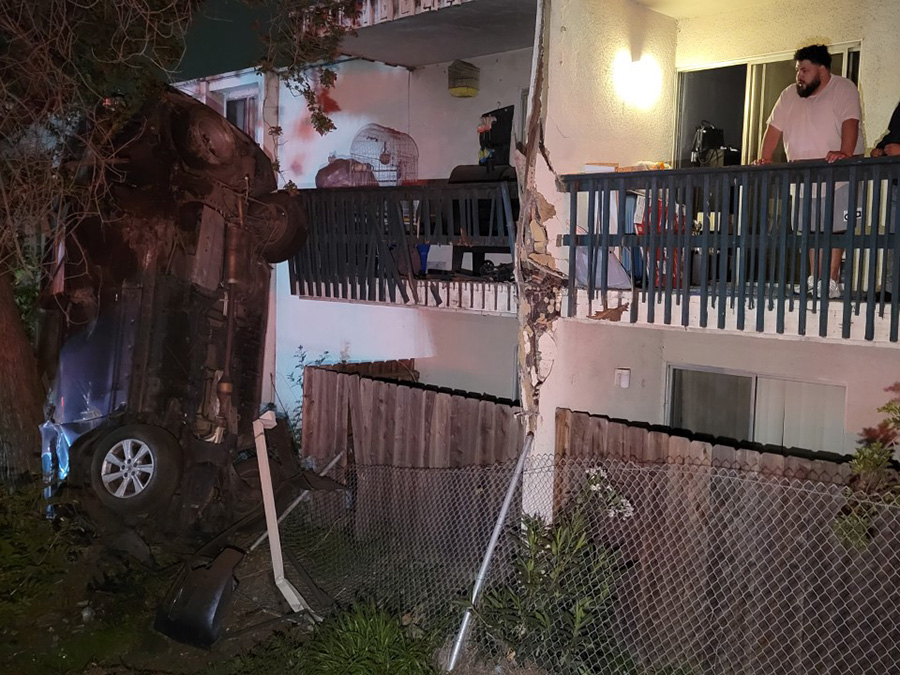 It is unknown if the women suffered any injuries.

Witnesses told ABC 10News that the car that caused the collision crashed into a nearby bush, and two people got out from the wreckage and ran away across the freeway lanes. 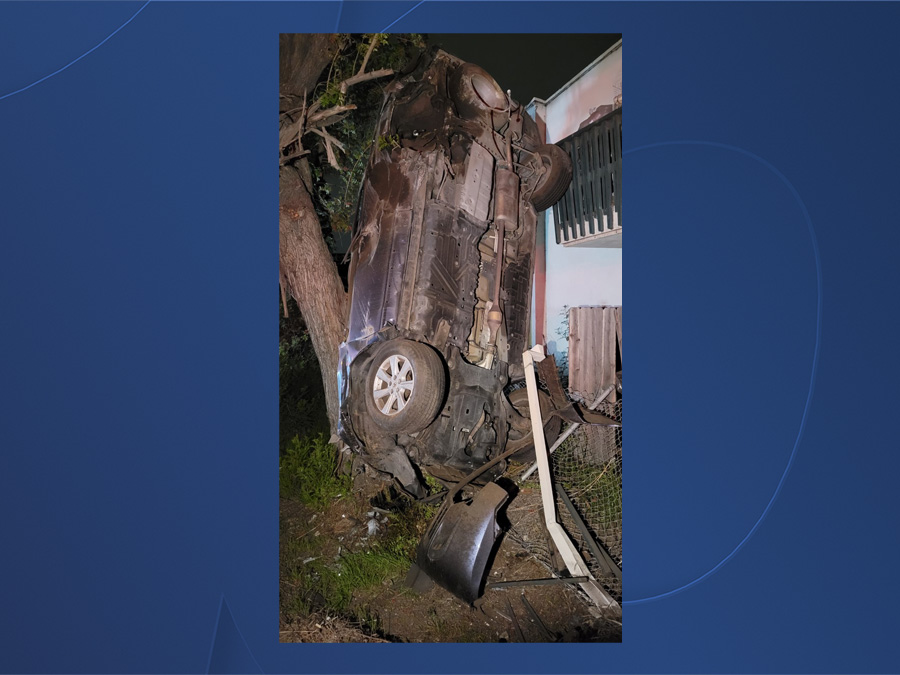 CHP officers were not able to track down the two people.

No one from the apartment building was hurt.