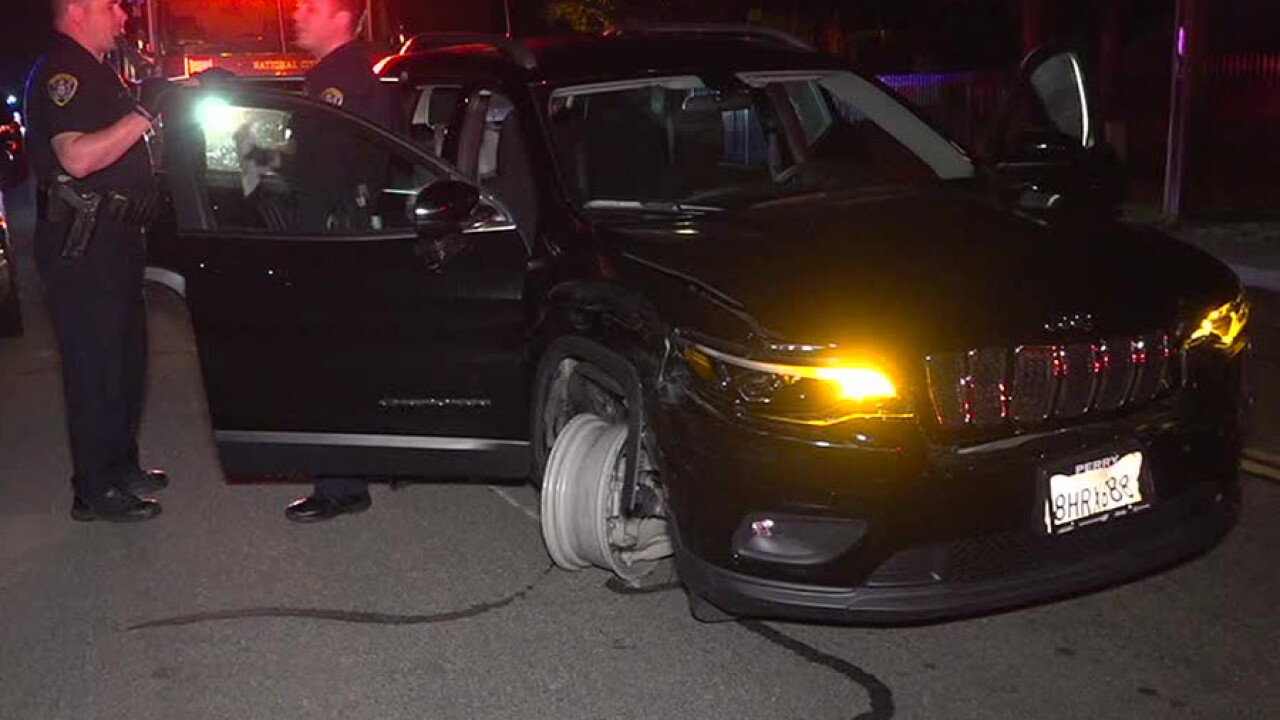 SAN DIEGO (KGTV) - A driver was taken to the hospital Wednesday night after she crashed into two parked trucks in Paradise Hills with her young daughter in the vehicle.

The incident happened at around 10:20 p.m. near Alleghany Street and Yellowtail Way.

Witnesses told 10News they rushed to the scene after hearing the wreck, and when they got to the scene, they saw the woman in an SUV trying to drive away.

However, one person was able to take the keys out of the ignition and another took the child out of the SUV.

A witness said the girl, who appeared to be OK, was not in a car seat.

The woman and the girl were taken to the hospital to be examined. 10News learned the woman would be evaluated for a possible DUI.

“I’m just happy for the kid, that’s what matters. That poor little girl, she should have never been in that car in the first place,” a witness said.