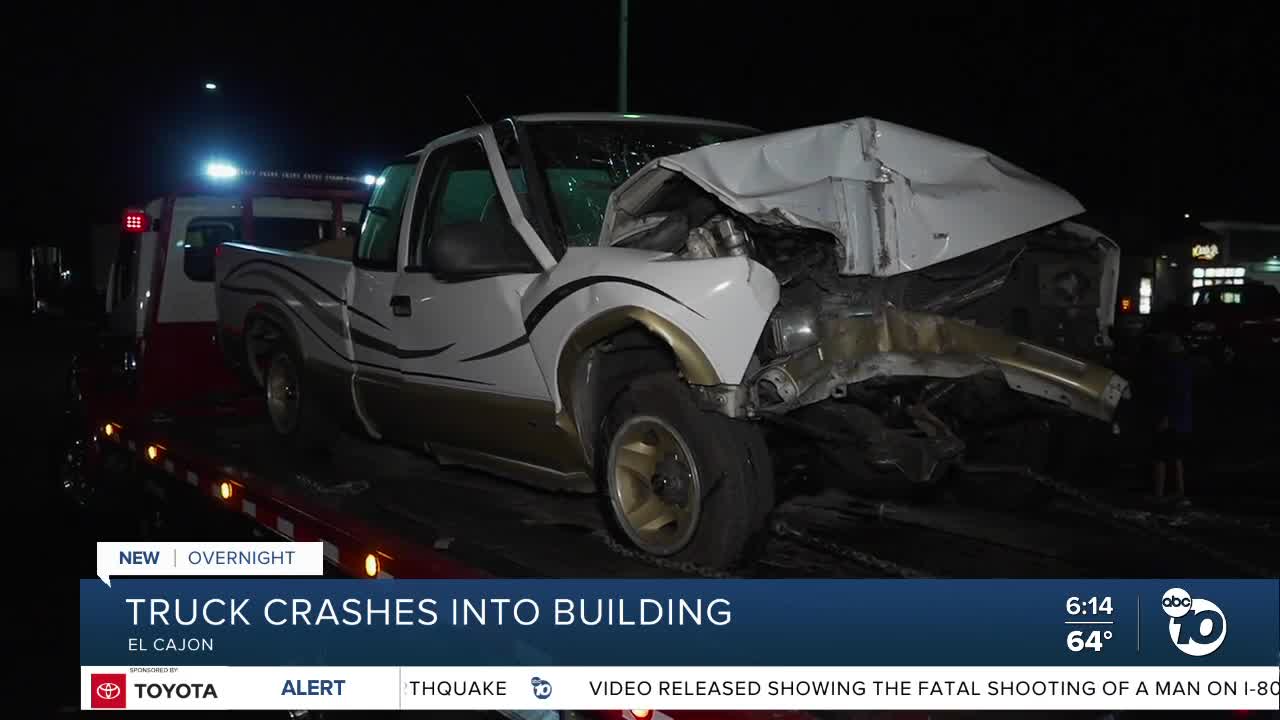 A driver got out of his truck after his brakes went out, and his vehicle then crashed into a Petco in El Cajon.

EL CAJON, Calif. (KGTV) -- A driver escaped serious injury after jumping from his truck after the brakes went out and just before the vehicle crashed into a Petco store in El Cajon.

At around 10 p.m. Thursday, a man was driving his pickup truck near the 500 block of N 2nd Street when he noticed his brakes would not work.

He managed to pull into a strip mall parking lot, opened his door, and then bailed from the truck.

The truck continued to move and eventually slammed into the front doors of a Petco store.

The driver was not injured, but his truck sustained heavy damage. The collision damaged the front door and broke several windows.

A building inspector was summoned to the scene to examine the pet store.